Eaglemoss have updated their listings for ships in the Discovery Starships Collection, giving us first looks and new looks at several forthcoming ships. Continue below for all the latest:

First up we have our first look at the first larger special issue in the series, the Klingon Sarcophagus ship. Even as a larger model it seems hard to do this ship justice with all it's pointy details, but they've certainly had a good crack at it! The US Eaglemoss shop has this down for March release.

UPDATE: Eaglemoss have released a much higher res image of this model as part of their Toy Fair press release: 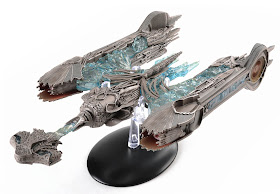 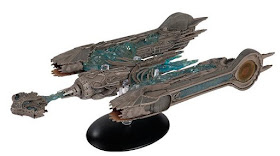 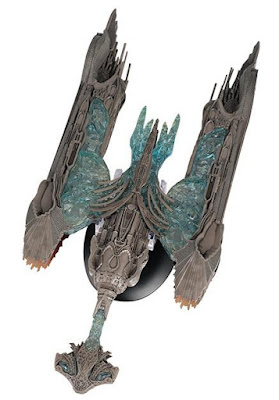 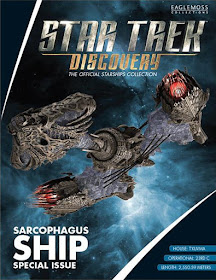 Also due in March and new on the US webship is issue twelve in the series, the USS Enterprise. Coming not long after the XL release of the ship I I find this an odd choice to put in the line-up right at this moment, especially as it's only a tiny bit smaller than that version! It also means we're going to get two Starfleet ships in a row (following the USS Shran) rather than alternating with something else, which is a bit boring... 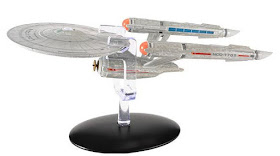 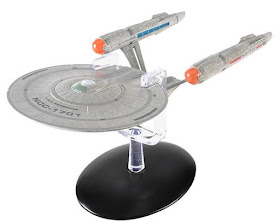 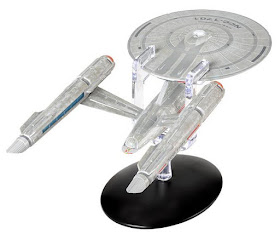 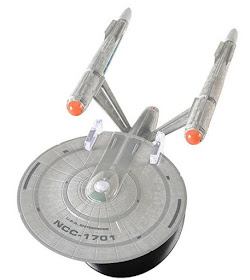 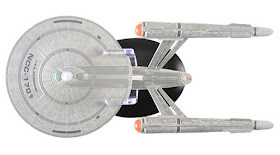 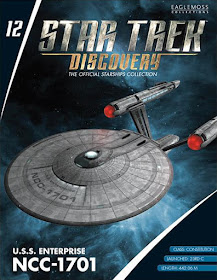 We do have a hint of more variety coming up, as the bag of the magazine preview in recent issues reveals the Festoon (Baron Grimes' ship) is on the way soon. (Image via Memory Alpha as my latest issues are yet to arrive!) 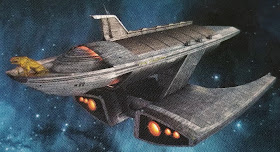 Meanwhile on the UK webshop listings for the Klingon Qoj class give a bunch more images of that recently released ship: 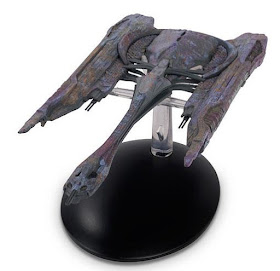 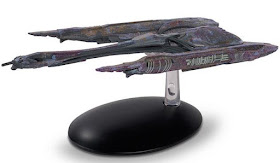 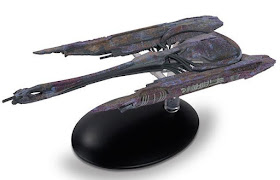 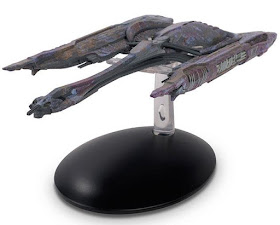 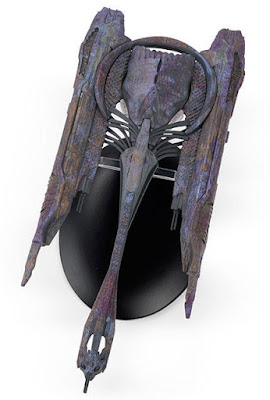 The Qoj and Shran are also subject of some of the latest snazzy banner on the Eaglemoss webshop, as is the USS Bonaventure bonus issue from the regular Starships Collection:

UPDATE: While we're drifting into the main series, here also are some new images (from the Toy Fair press release) of the USS Bonaventure, USS Enterprise-F, and forthcoming V'Ger special issue: 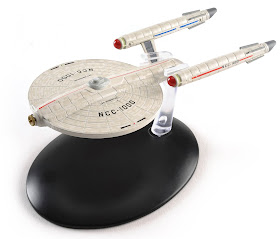 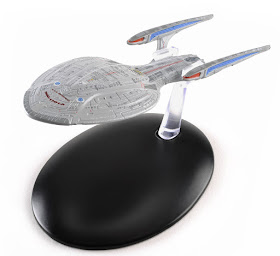 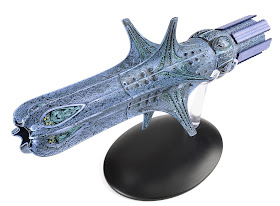 And finally, something completely different: Also new on the UK webshop is the tardigrade figure, which after initial offering as a subscription bonus can now be ordered separately: 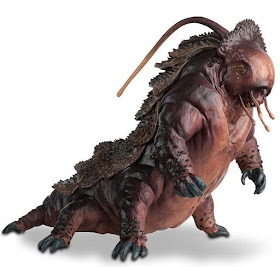 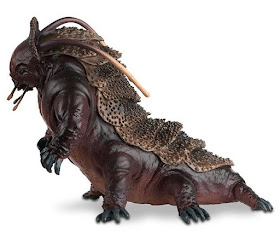 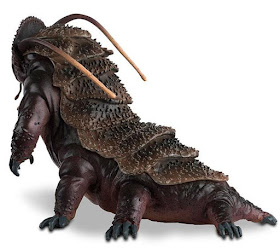 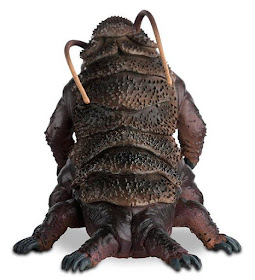 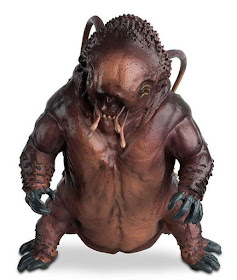