This week's fifth episode of Discovery season two is Saints of Imperfection, and as ever CBS have released a trailer and images for what looks to be a big spore drive unspooling episode.

Here's the trailer, via Instagram (or StarTrek.com for slightly higher res):

CBS's preview images for the episode are particularly spoilery this week regarding who's in the episode, so if you'd rather not know, look no further (the most spoilery image is a few down):

Most of the images focus on the what-ever mycelial reality this episode takes place in: 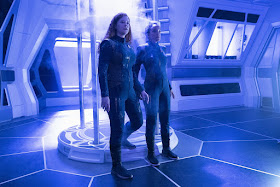 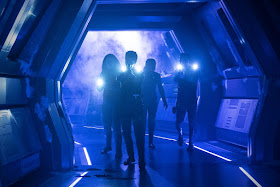 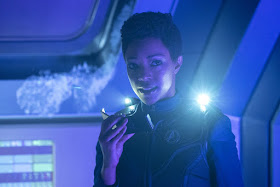 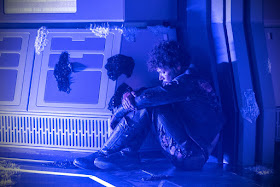 Yup, that would seem to Doctor Culber making his return from the dead! We also have our second visit from Section 31 agent Georgiou this season: 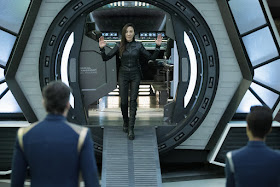 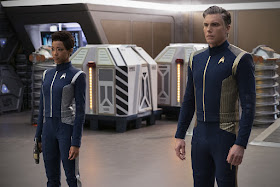 Meanwhile looking back to last week's episode. CBS have released a few more images, focusing on the scenes in Saru's quarters: 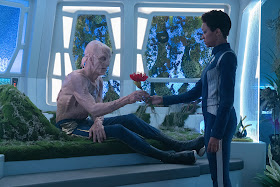 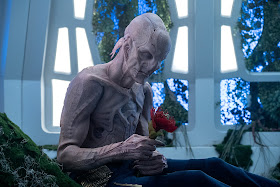 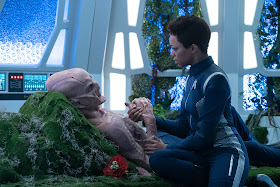 As well as clip from the show focusing on Reno, via IGN:

And on a related note, here's the latest episode of The Ready Room, which this episode had Anthony Rapp as guest:

Finally, CBS have also released a couple of behind the scenes videos relating to this episode, looking at Saru's story, and the introduction of Rebecca Romijn as Number One (geolocked as ever, but the Number One one is also on Instagram):