IDW and their artists have been busy releasing new covers and teases of things they're working on lately, so continue below to check out lots of exciting stuff from almost all the Star Trek series (sorry Kelvin timeline fans, nothing for you). 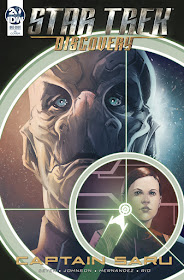 There are several updates from the current multi-series event, The Q Conflict. Looking furthest ahead, David Messina has teased his Borg cover art for the fifth issue in the series. He notes this as being for the A and B cover, so presumably it's a diptych, with the Borg Queen side being one cover, and Q the other - Crossover Borg encounter should be fun! 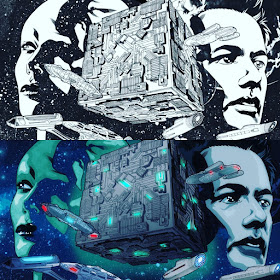 Also new from Messina is his B cover for issue two in the series (another due this month), which follows the style of his other issue one and two covers, featuring several of the assorted main casts within the body of a superbeing; with the Metron framing this particular assemblage. You can see the art both without the titles and before colouring on Messina's Twitter, and likewise he has posted the artwork for his issue one B cover there too. 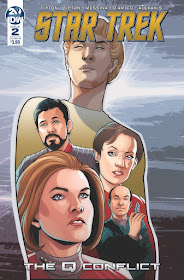 Another cover for issue two, the retail incentive, comes from George Caltsoudas, who this times brings us a crumbling sculpture of Picard (ominous!): 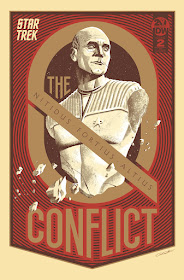 Also coming soon is the fifth and final issue of the Star Trek vs Transformers crossover, and both the A and B covers have now been released for this; by Philip Murphy and Josh Burcham respectively - You can see Burcham's art without the titles on his Twitter too. 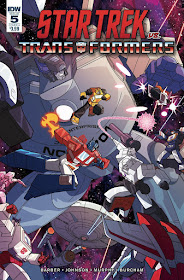 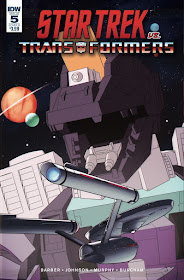 Finally, looking a little further ahead, March will be bringing us a new Waypoint anthology special. Two of the artists have shared some teases of their work for this. Here we have Malachi Ward's Voyager prequel, featuring a young Tuvok (and an Enterprise-style Regellian crewmate): 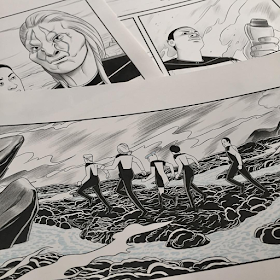 While Daniel Irizarri is working on a TNG story (featuring the same ear of uniform funnily enough), and has posted a couple of teases of that: 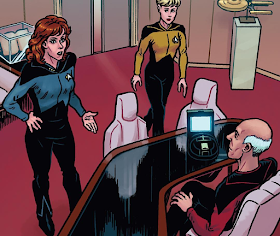