Ahead of the San Diego Comic Con Eaglemoss have released preview images of several new ships from their various Starships Collections, which are going to be on display at their booth at the convention. These include our first looks at several Discovery, XL, and bonus issue models. Continue below to check them out:

We've seen issues five and six from the Discovery collection from afar, but Eaglemoss have now released the first proper look at the USS Europa and the Vulcan cruiser. If Eaglemoss stay on track with their monthly releases, we should see these two come August/September. 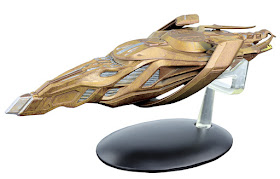 Eaglemoss also recently released a new 360 video of the fourth issue in this series, the Klingon Bird of Prey; which should be arriving imminently.


The SDCC preview also gives us first looks at the next couple of bonus issues. Not sure what order these are going to be released in, but with preview photos available we should expect to see them soon. We have here the Rick Sternbach concept USS Voyager, and the landing mode Klingon Bird of Prey: 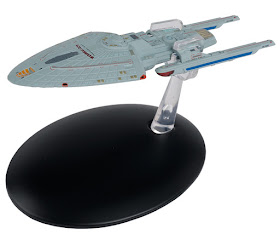 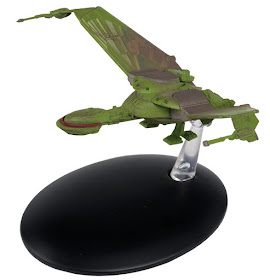 Possibly the most impressive reveal of this set of images is the XL USS Reliant. The regular Reliant is among the best releases in the collection, and this enlarged version doesn't look like it's going to let the Miranda class down. This is the ninth XL issue, so is probably a few months away.

Eaglemoss have also released new images of the more recent XL models: The forthcoming USS Enterprise-B, the just starting to show up USS Defiant, and the available now USS Enterprise-A.


Finally, the humble main series continues to deliver new ships every fortnight, and one of the most recent issues, number 128, gave us the concept space shuttle OV-165, from the opening titles of Enterprise. This issue recently made it to the Eaglemoss web-shop, giving us some new images of the model: 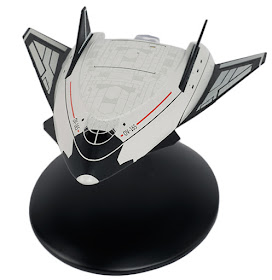 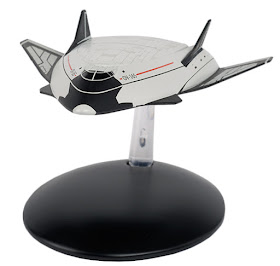