Lots of Eaglemoss Starships Collection news today, including preview of new and forthcoming models, Discovery collection updates, and the first look at several new books they are publishing. Continue below for all the details.

First up, the 13th oversized special issue, the Kelvin timeline Klingon battlecruiser, is on the way, due in April according to the Eaglemoss shop, and now Eaglemoss' Hero Collector blog has posted some new preview images of the model: 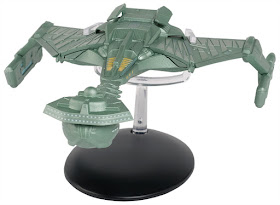 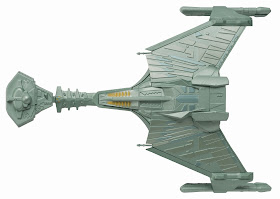 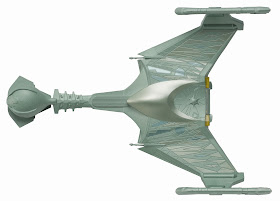 The Eaglemoss shop has also added a listing for the XL size USS Enterprise-A model, which is due out in April as well. This gives us a new image, which gives a nice impression of how big the model is. 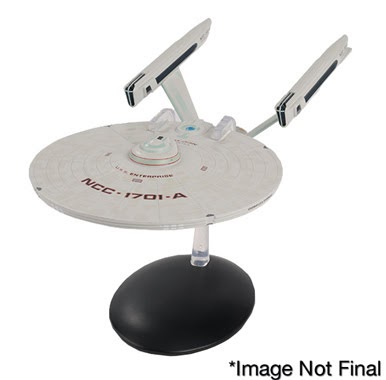 Also new on the Eaglemoss shop are a couple of the recent regular issues, giving us new images of the new ship models. Issue 118 was the Freedom class USS Firebrand, from the Battle of Wolf 359: 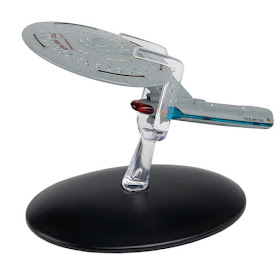 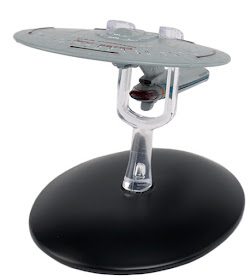 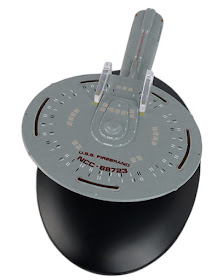 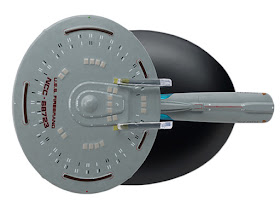 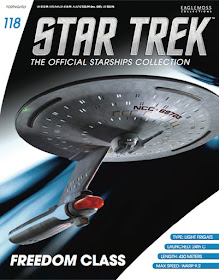 And following that we have the Hirogen Holoship: 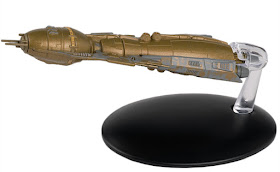 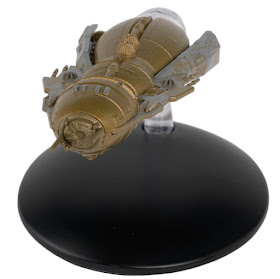 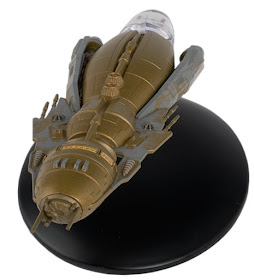 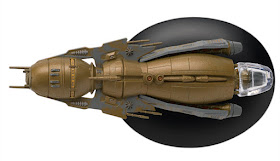 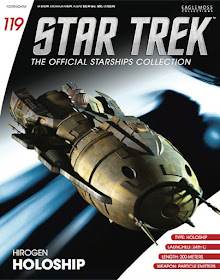 We also have a couple of little updates from the Discovery collection. For starters we have a change in the line-up, with the delivery of the USS Discovery revealing the third issue will not be the USS Europa as previously suggested, but instead the new Klingon Bird of Prey. And we have an ETA for the arrival of that ship, as series manager Ben Robinson has tweeted they are hoping for a May release; with the series taking a short pause after the release of the Discovery as expected.

Eaglemoss have also released their own unboxing video of the first ship in the series, the USS Shenzhou:

Finally, we have news of several new books on the way from Eaglemoss. Listings have recently appeared for two books in a series called Star Trek Shipyards: The Encyclopedia of Starfleet Ships, one volume will list Starfleet Ships 2063-2293, and a second 2294-The Future. 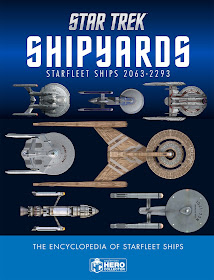 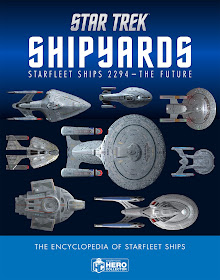 Tweeting about these, Ben Robinson confirmed they will be using material from magazines in The Official Starships Collection, but intriguing also let us know that Eaglemoss are looking at ways to bring back material from the old Star Trek Fact Files - A treasure trove of Star Trek articles and images lost to anyone that didn't collect them when they were first published.


These books will be based on the starships material, with additions from the Discovery mags. The idea is to create an equivalent of Jane's Fighting ships for Star Trek. No Fact Files material in these books but we do have plans for that stuff too.

Additionally there is also a listing for Designing Starships: The Enterprises and Beyond, which appears to be a reprint, with a new cover, of the first compilation book Eaglemoss put out, using the behind the scenes articles from the Starships Collection. 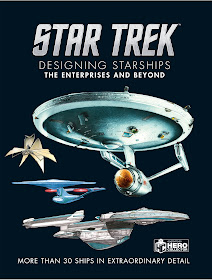