A couple of Eaglemoss Starships Collection updates today, including a new look at the ring ship Enterprise. But we'll start with a good look at the fifth ship in the XL collection, the USS Voyager.

The following images have recently been added to the listings on the US XL subscription site, giving us a great look at this model, which to looks like perhaps the best upscale in the series so far - It's packing in much more detail than the smaller regular issue; could this be the best model of Voyager ever produced? 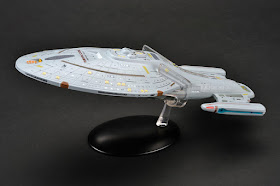 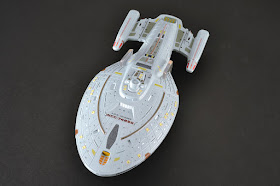 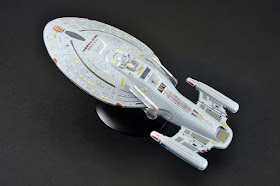 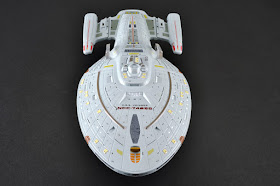 Meanwhile the Eaglemoss online shop also has a new listing, for the eleventh special sized issue, the ring ship Enterprise. That ship is available for preorder now, and the listing features the new images of the pleasing large looking model: 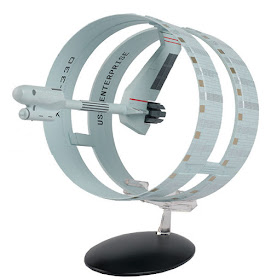 UPDATE: Eaglemoss have added a bunch more images to their online shop: 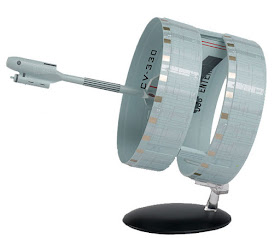 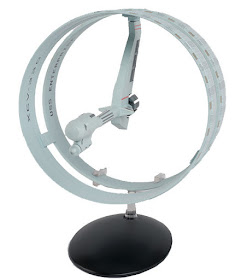 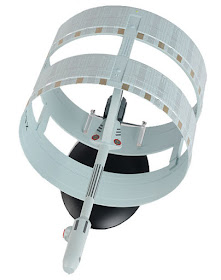 And another new images on their Hero Collector blog: 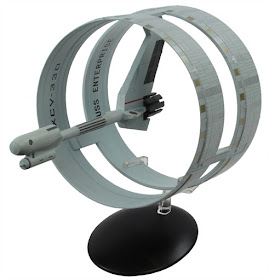 And emailed out a promo with another image and a cover! 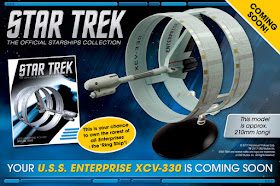