Lots of news from QMx today, including their latest ship model, the USS Franklin, a huge range of action figures from TOS, TNG, and nuTrek, and all sorts of 50th anniversary memorabilia. Continue below to check it all out.

QMx have several different lines of starship models, ranging from the forthcoming smaller sized Mini Masters range, through to huge and highly detailed artisan replicas, and a few models in between. The latest addition to that offering, revealed with the display of a prototype at the San Diego Comic Con, is a replica of the USS Franklin. This appears to have much of the detailing and light features of the artisan replica range, but at a smaller scale than most of the ships released previously. (Images below via Toy Ark and Tomopop): 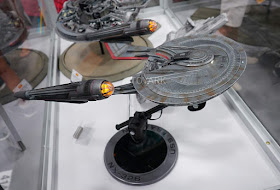 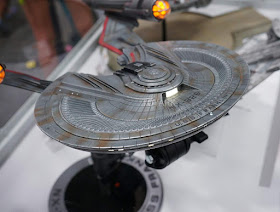 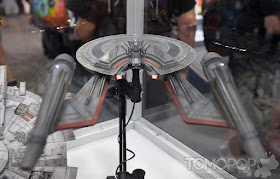 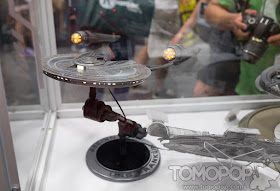 I strongly suspect QMx are also the makers of the smaller USS Franklin model coming with some Star Trek Beyond home video releases.

Also displayed at Comic Con were loads of new action figures in QMx's 1:6 scale collection. The Kirk and Spock figures which were previously announced and expected to ship any day now, are joined by Sulu, McCoy, and Scotty, as well as a captain's chair. 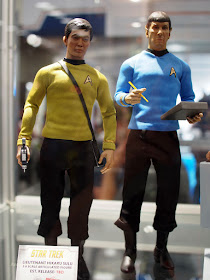 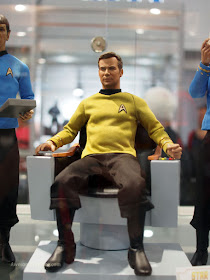 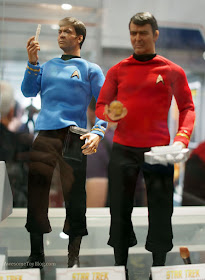 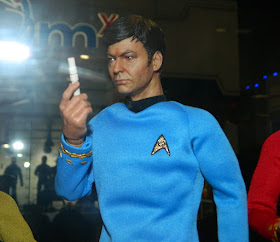 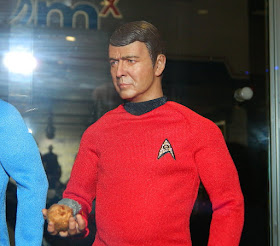 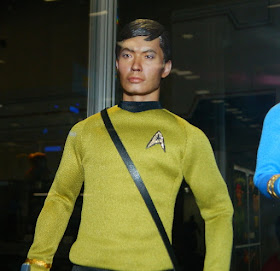 QMx have previously previewed a Captain Picard figure (not offered him for sale yet), and now the captain has been joined by Worf and Data: 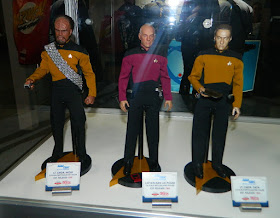 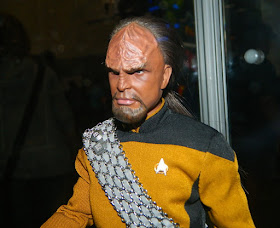 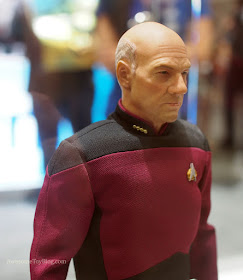 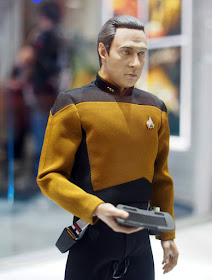 There are also new Wrath of Khan Kirk and Spock figures (whose heads are not quite finished yet): 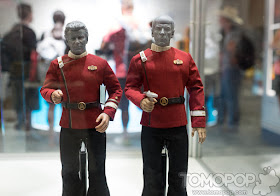 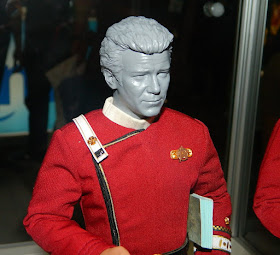 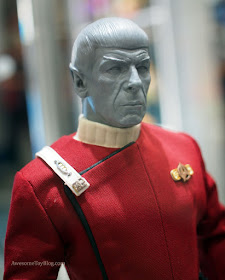 And one more Kirk, a Star Trek Beyond version: 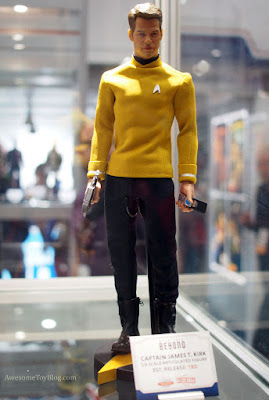 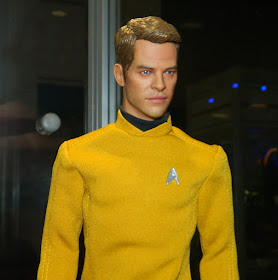 The images above come variously from Toy Ark, Awesome Toy Blog, Tomopop, and Figures.com. All have large galleries with many more images of all the figures. 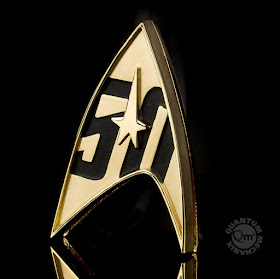 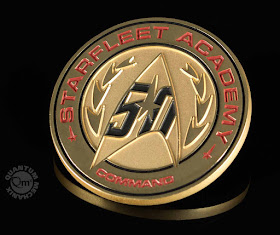 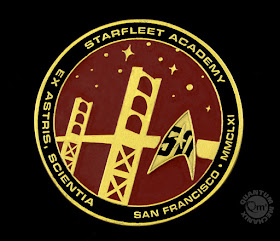 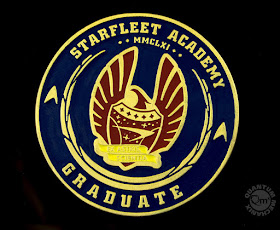 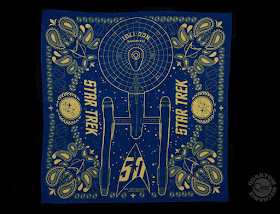 And a 50th anniversary art print, again featuring the Enterprise: 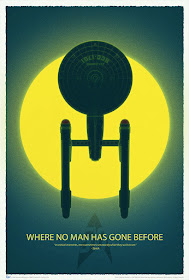 And they've also recently added a USS Enterprise luggage tag, or Q-tag as they brand it, to their range: 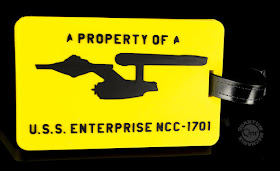