This week the Star Trek: Year Five(ad) comic series brings two-years of story-telling to and end with the final part of it's three-part finale, in issue 24(ad) of the series. This issue pulls together the threads of Bright Eyes and the Tholians, Gary Seven, and the crew of the Enterprise, with a healthy dollop of creative time travel. Brought to us by writers Jackson Lanzig and Collin Kelly, artist Silvia Califano and Elisabetta D'Amico, and colourist Charlie Kirchoff.

The book is offered in two different covers, either the main cover(ad) by Stephen Thompson featuring Captain Kirk and Gary Seven, or the rarer retail incentive cover(ad) J.J. Lendl, which is a travel poster style design advertising a visit to the Federation Council. Continue below to check out both covers, preview pages, behind the scenes art, and a new cover for the forthcoming epilogue issue. 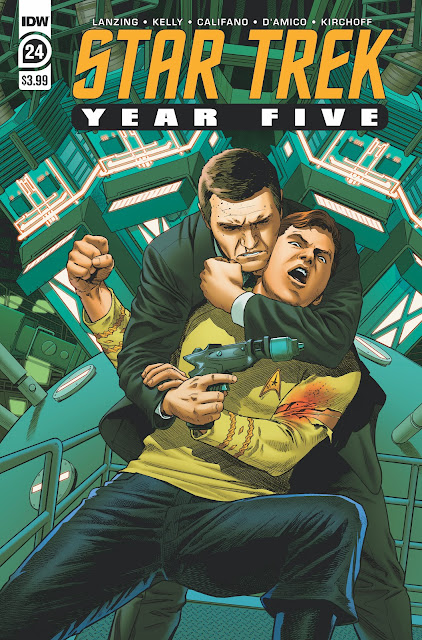 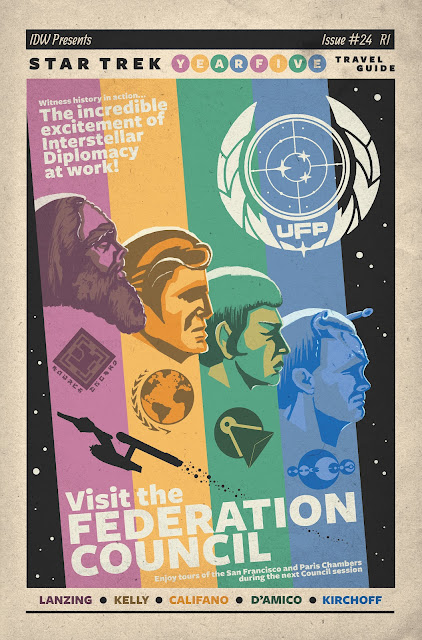 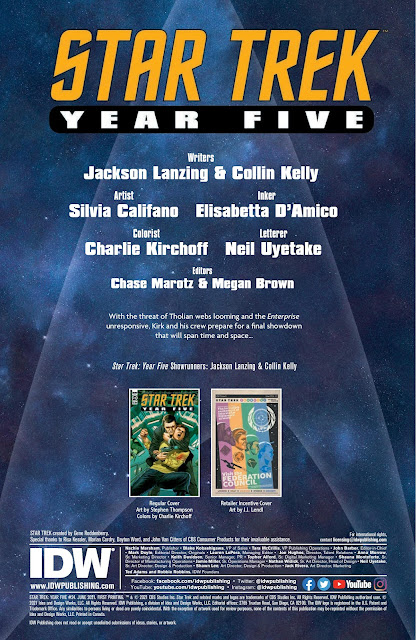 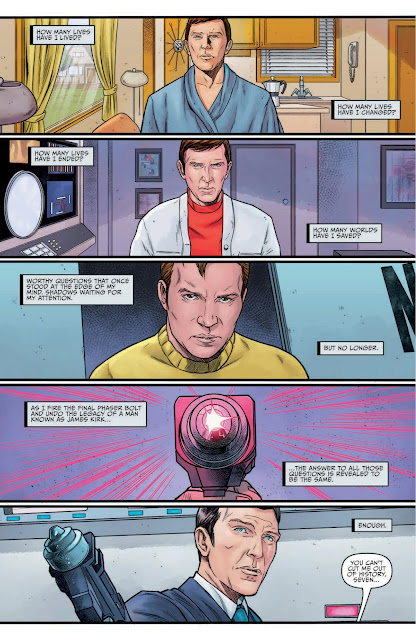 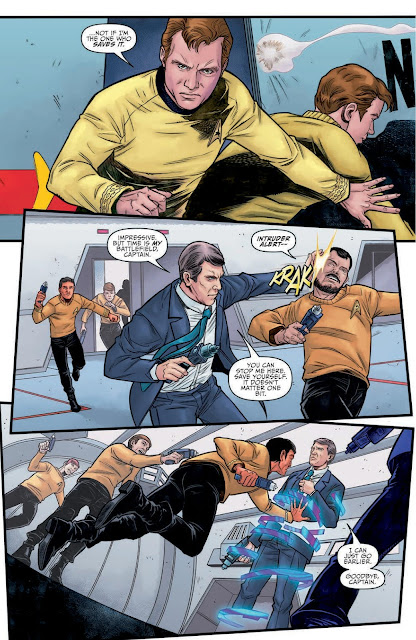 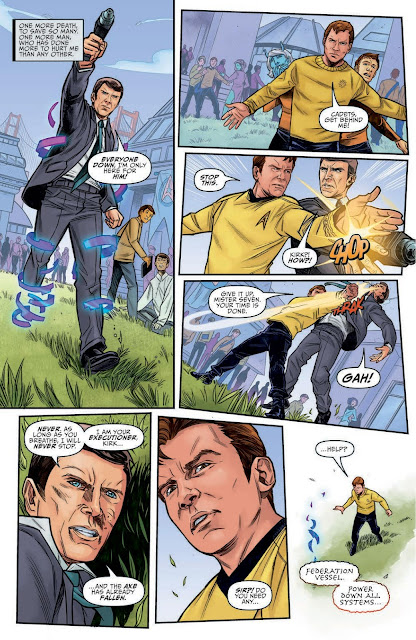 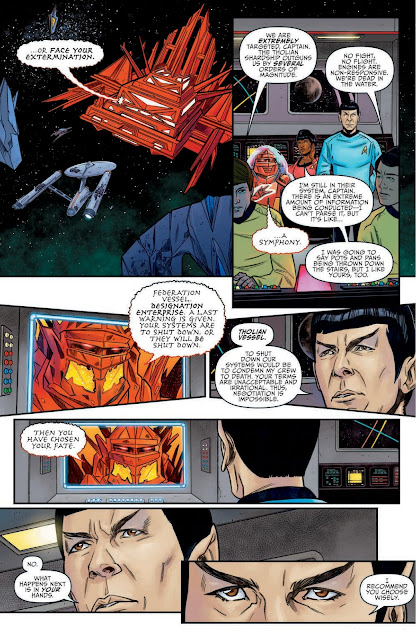 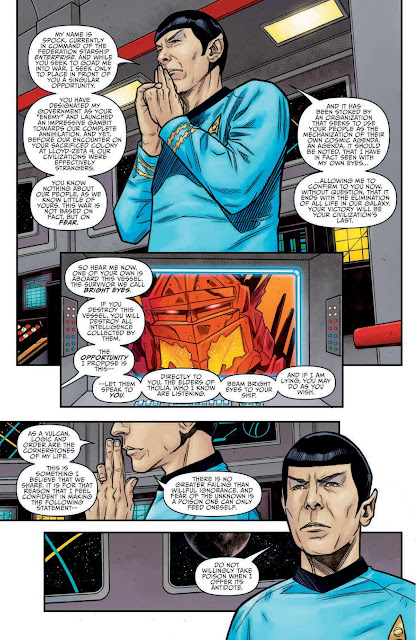 In addition to the normal five-page preview above, IDW also shared this cool time travel sequence from later in the book on their social media: 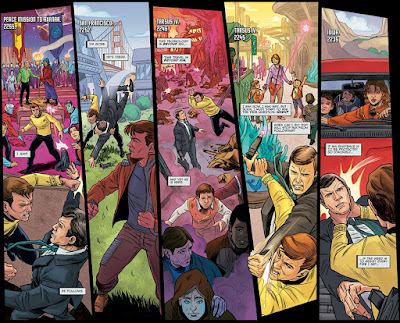 Cover artist Stephen Thompson shared some alternate cover concepts on his Twitter as well, and if you check the original tweet you can also find the concept and pre-coloured version of the final design. 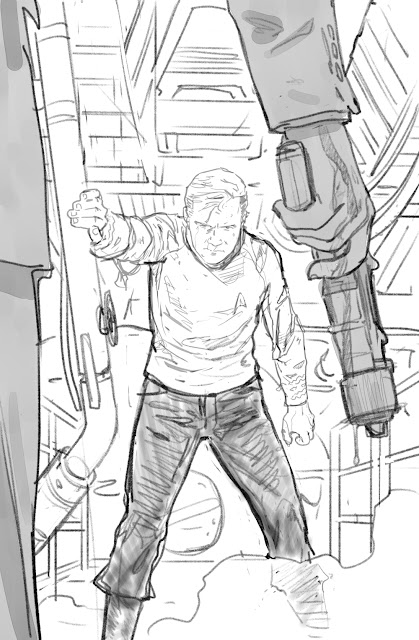 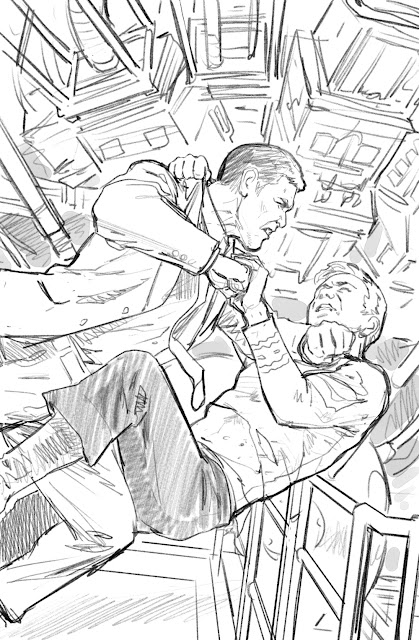 Finally, check out the neat new cover for the extra epilogue issue(ad) coming soon (currently expected early October). This book will bring together almost the entire creative team of the Year Five series to bridge the gap from the end of the five year mission just concluded, into The Motion Picture. 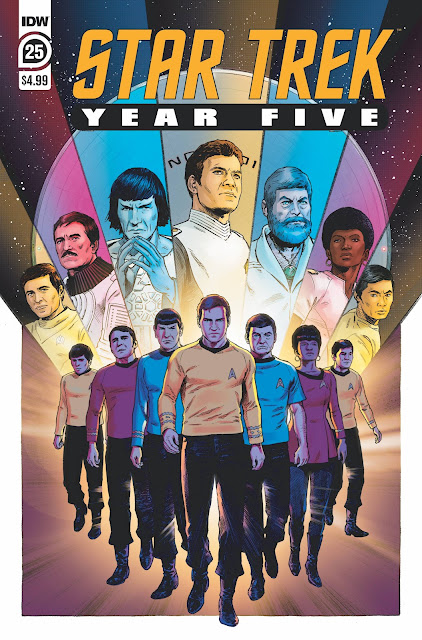 To keep track of all the latest Star Trek comic releases, hit the comics button on my 2021 schedule page, or have a look back through my comics tag for the latest posts, and for this series in particular the Year Five tag. You can also find reading lists for several Star Trek comic series on my Trek Collective Lists site.