First up here's the blurb and trailer for The Spy Humongous (also on StarTrek.com if you prefer to Instagram)


Here are this week's preview stills: 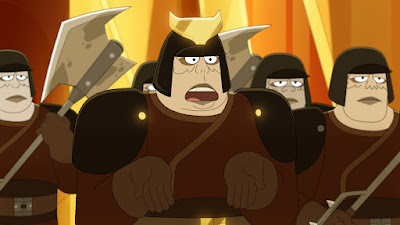 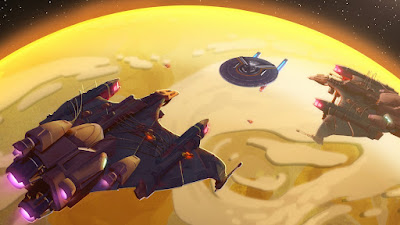 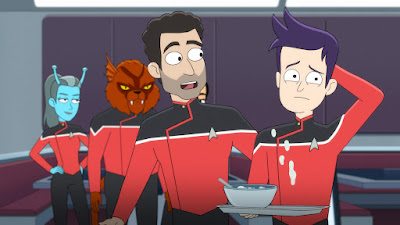 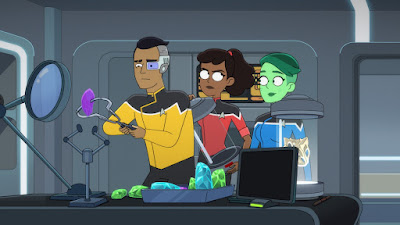 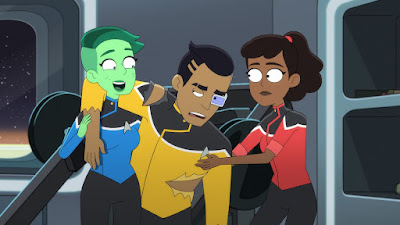 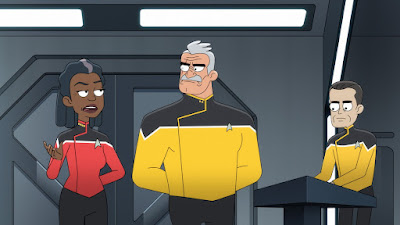 Looking back to last week's An Embarrassment of Dooplers, much of the social media promo for the episode has of course been Doopler-based. Such as this Doopler-filled poster, and the latest Tendi selfie: 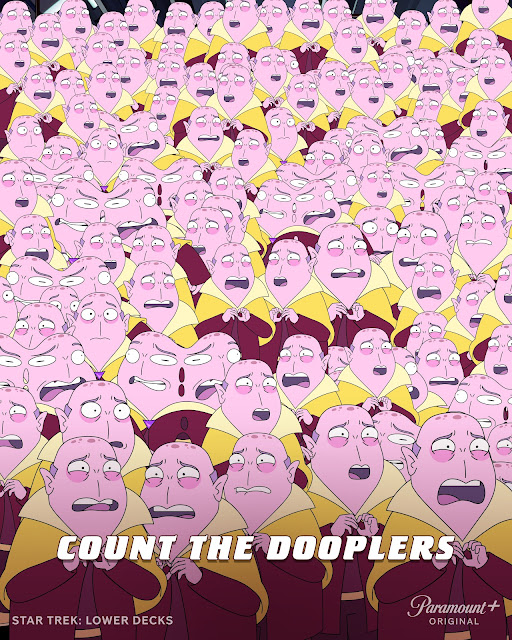 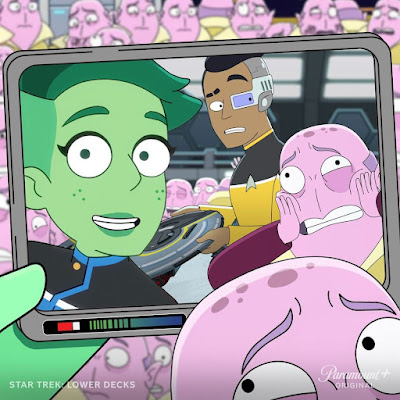 Shaxs meanwhile reflects on the visit to the bar, and T'Ana's subsequent drunken behaviour, in the latest Star Trek Log: 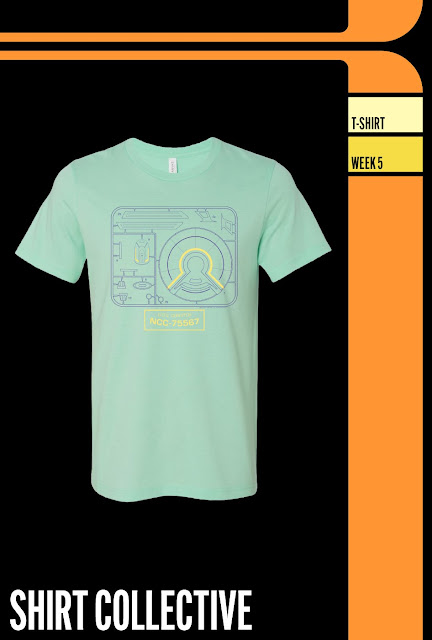 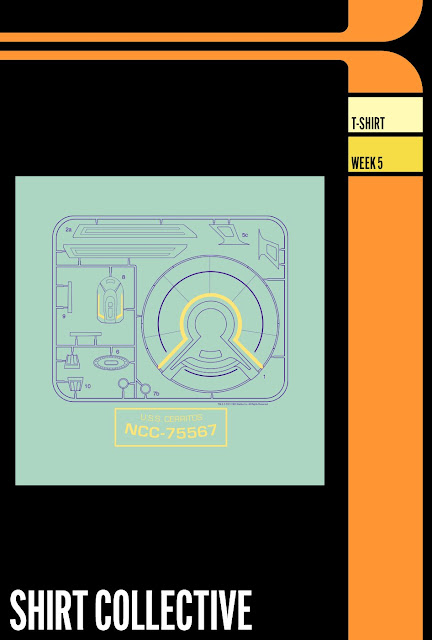 As usual there's a couple of little behind the scenes videos too, reflecting on the cameo by Okona, and animatics comparison's of one of the most impressively animated sequences in the show, the car chase:

Finally, Paramount+ have released some more spoilery episode stills from the episode too post-release. Filled with Dooplers of course: 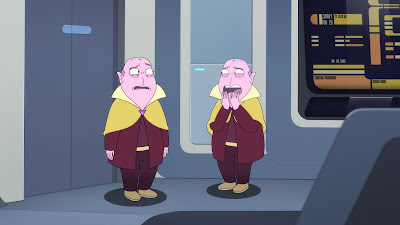 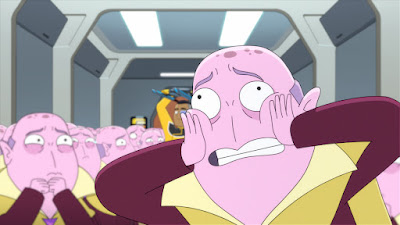 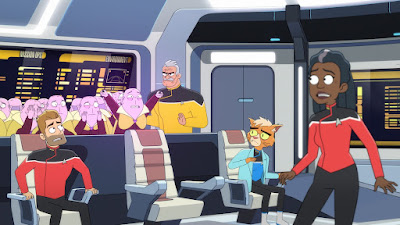 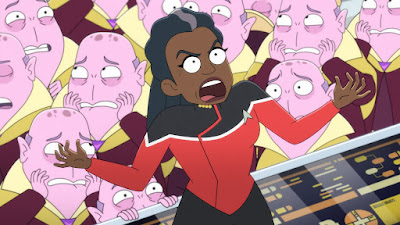 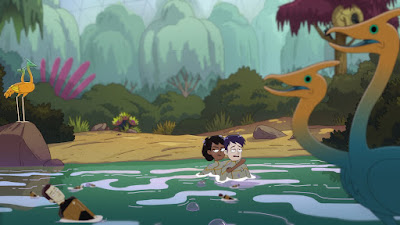 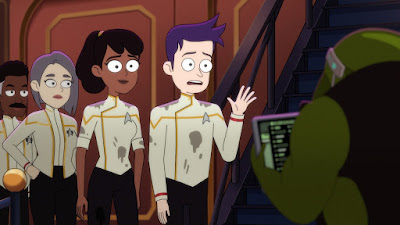