IDW's TNG mirror universe comic series The Mirror War(ad) is due to get its first character focused one shot in Data(ad), details of which have been announced in IDW's latest round of solicitations. Taking a break from the main eight-issue run, December will bring the first of four one-shot side-steps in the year long comic event. The Mirror War: Data takes on a different creative team to the core series, with Celeste Bronfman writing and Roberta Ingranata providing artwork. Here's the blurb for the book:

The spotlight turns to Data in this one-shot set in the Mirror Universe of The Next Generation! Expand upon the world of The Mirror War!

Data and Barclay’s relationship has been strained since Barclay returned from the Prime universe. When Barclay becomes preoccupied with revenge, Data determines to help him right past wrongs so that the human can return to peak operating efficiency. Can the two put aside their differences and work together?

The comic will be offered in three covers, all featuring Data and Barclay. There's the A cover(ad), also by Roberta Ingranata, the B cover(ad) by Ejiwa "Edge" Ebenebe, or a more elusive retail incentive cover by Tom Ralston. Continue below to check them all out. 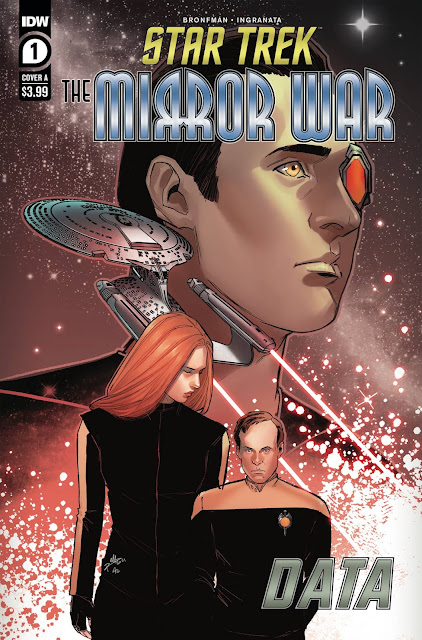 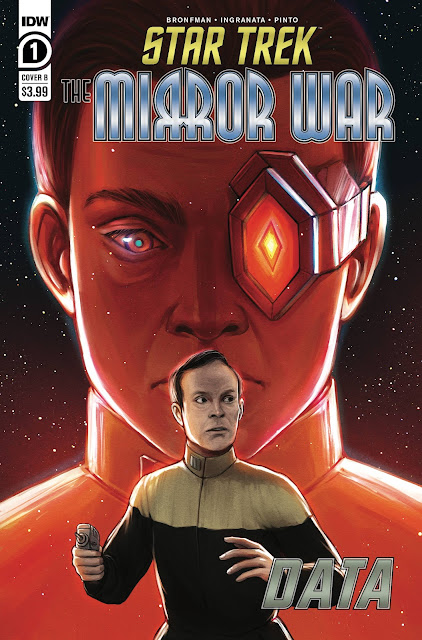 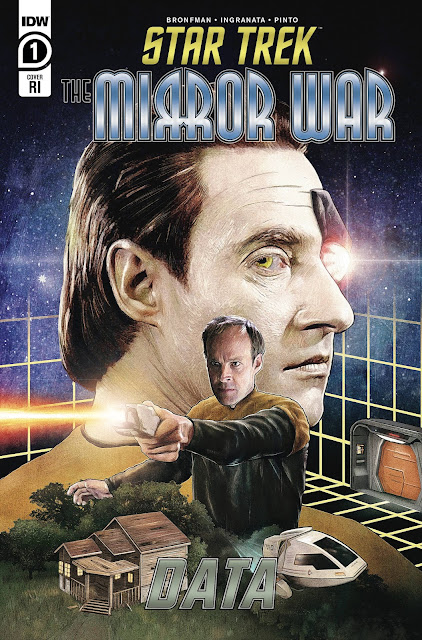 Alas The Mirror War is the only Star Trek series IDW are currently producing, so that's the full extent of the December solicitations.
We can at least get a little tease of what's inside this book though, thanks to issue artist Roberta Ingranata, who shared these glimpses of work in progress on Instagram: 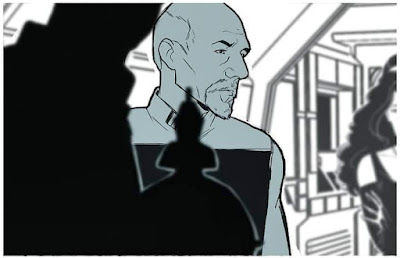 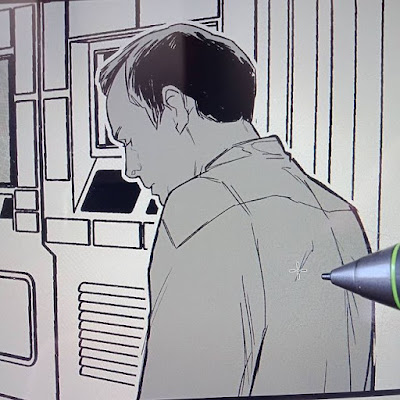