This week brings us episode seven of Lower Decks season two, Where Pleasant Fountains Lie. As usual Paramount+ have released some previews for the episode, plus lots of fun social media extra content based on last week's episodes. Continue below to check out that, the latest weekly T-shirt, and more in this latest Lower Decks round-up.

Here's the blurb and trailer for Where Pleasant Fountains Lie:

Mariner & Boimler are stranded on an uninhabited planet with a sentient computer. On the Cerritos, Lt. Commander Billups must prove his engineering abilities to an old adversary.

This week's preview images are pretty evenly split between the two arcs. Lots of grand images of Queen Bllups (!) and co: 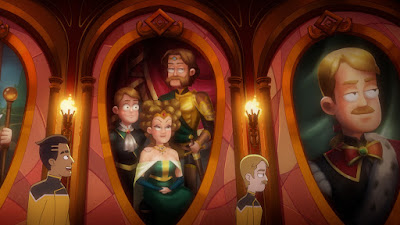 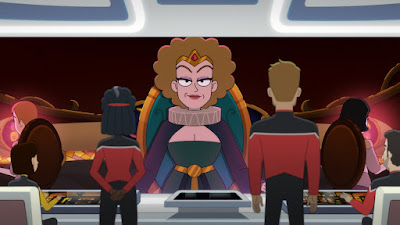 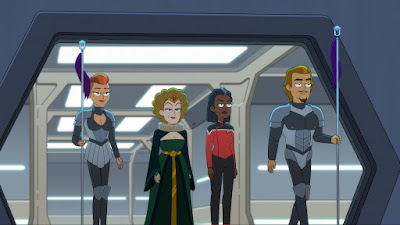 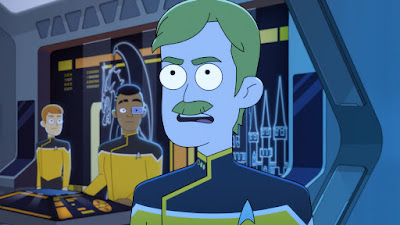 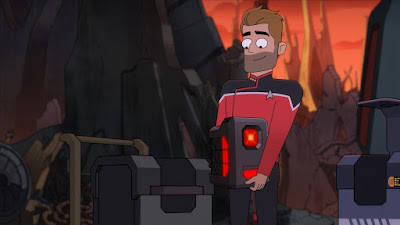 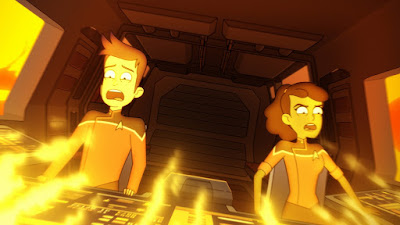 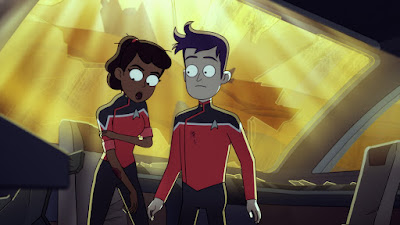 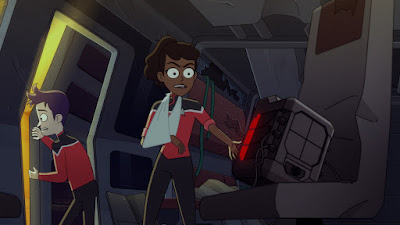 Looking back to last week's The Spy Humongous, the social media content for that episode includes a "Tech Corner" briefing pack, highlighting such features as the submanifold casting stone being "really shiney": 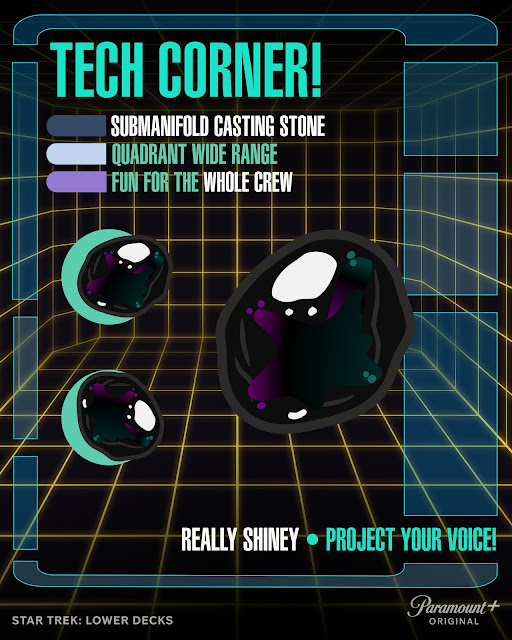 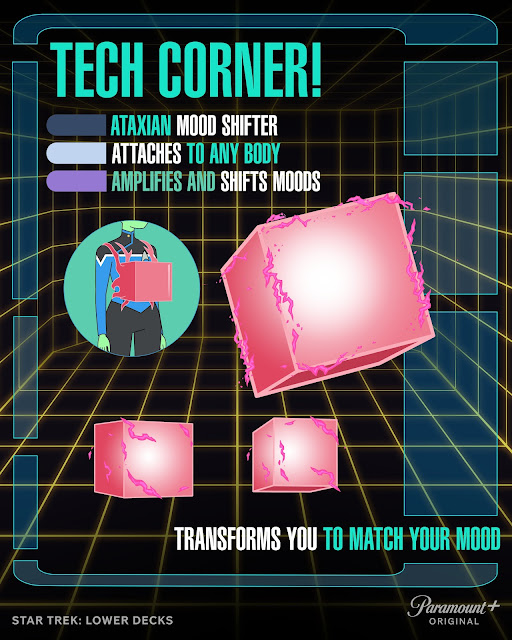 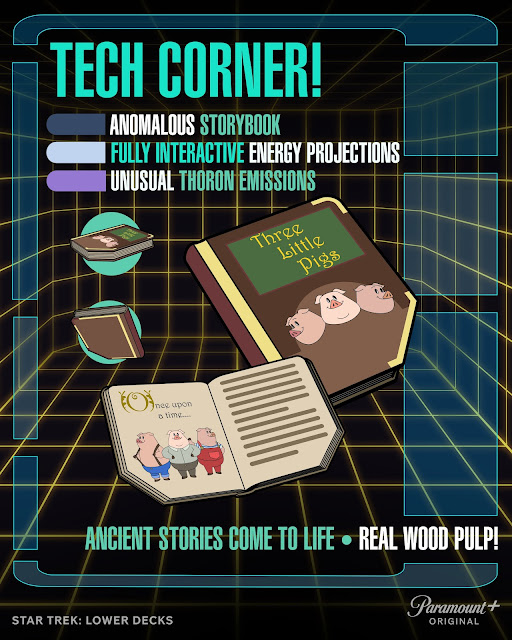 T'Ana provides this week's Star Trek Logs entry, reflecting on her frustration at the lower deckers antics interrupting her plans:

Tendi's weekly selfie was amusingly taken while she was a praying mantis! 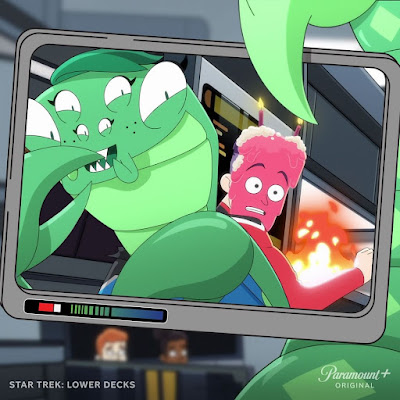 To mark the fantasy appearance of the Enterprise-D bridge, StarTrek.com's awesome Lower Decks backgrounds page has been updated with a couple of Galaxy class images (check out the page for loads of previous Cerritos and alien background): 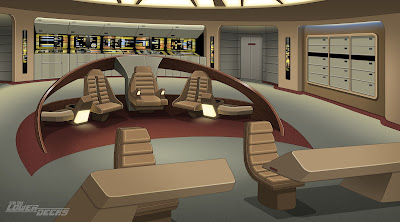 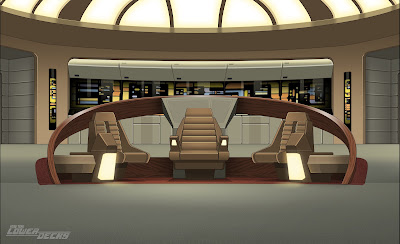 Dipping behind the scenes we have the usual easter eggs video, this week looking at Armus, and an animatics comparison video:

The T-shirt design from Titmouse Stuff for the episode is a wonderfully niche joke "Kayshon, when he was on a T-shirt", presented in pale peach. I commend you Titmouse, this is a classic. 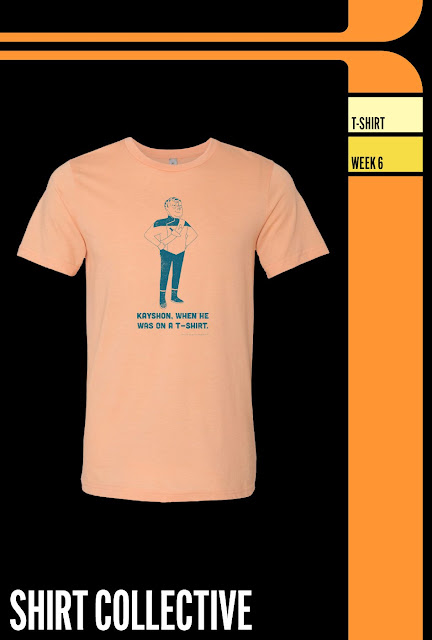 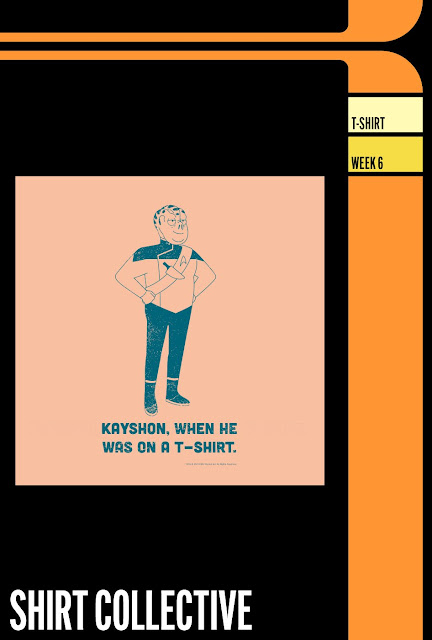 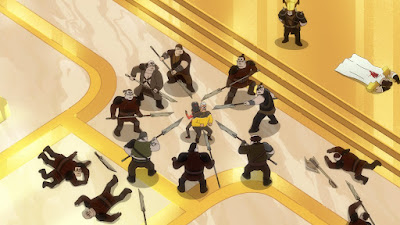 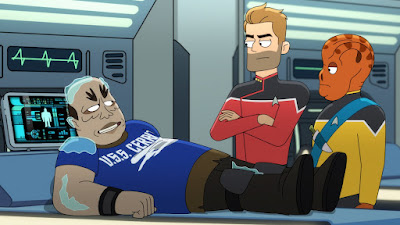 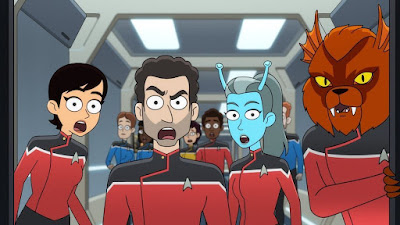 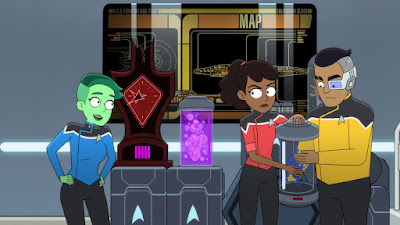 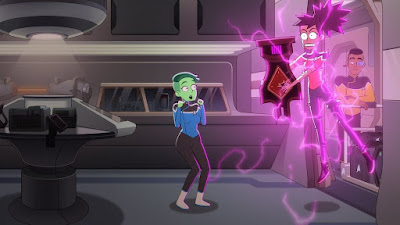 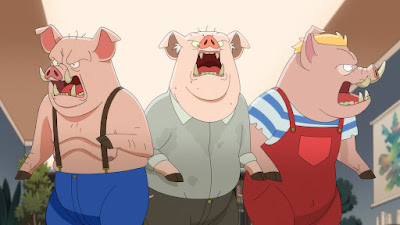 And finally, check out this awesome gathering of Mariners drawn by series director Barry J Kelly: 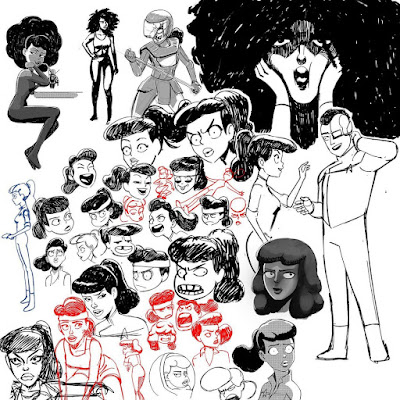