This week's new episode of Lower Decks, the eighth of season two, is I, Excretus, and as ever Paramount+ have released a trailer and some preview images, along with lots of additional content based on and behind the scenes of last week's episode. Continue below for the latest Lower Decks round up:

Here's the blurb and trailer for this week's I, Excretus:

A consultant arrives on the U.S.S. Cerritos to run drills that require the lower deckers and bridge crew to swap duties.

And here are the preview images, revealing an episode of very diverse settings and circumstances! 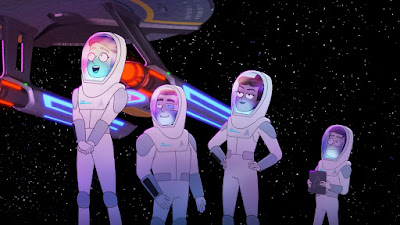 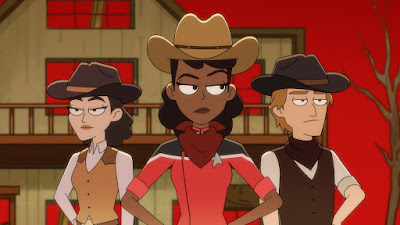 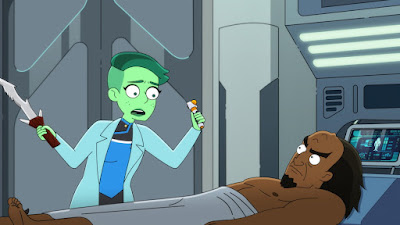 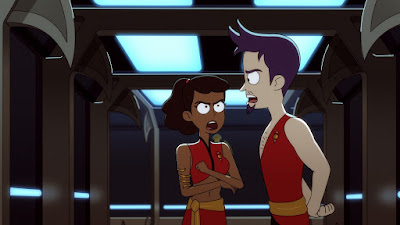 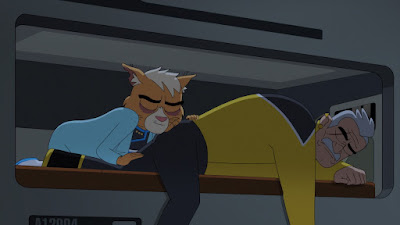 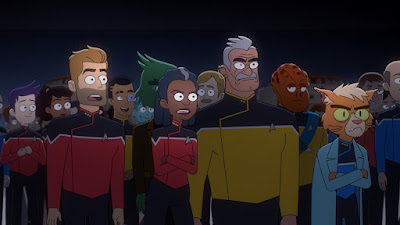 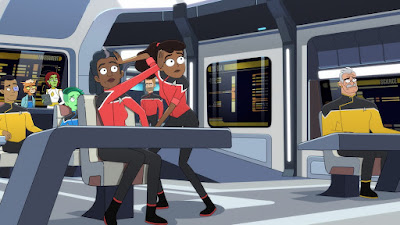 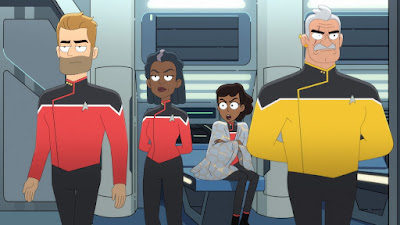 Looking back to last week's Where Pleasant Fountains Lie, much of the social media content promoting the episode has of course been reflecting on the amusing encounter with the meadevil cosplay culture, the Hysperians. Including this week's Star Trek Logs entry from Rutherford recounting his mission:

Naturally Tendi's weekly selfie is from on board the Hysperian ship too: 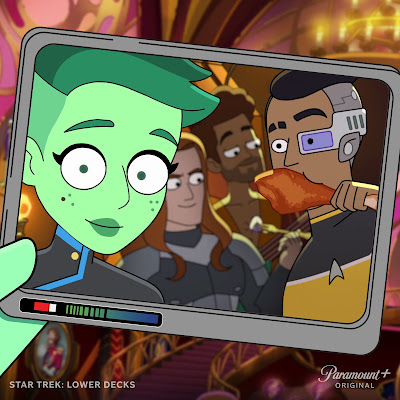 And a fun choice for the week's other social media graphic encouraged followers on Instagram and Twitter to make up Hysperian names for technologies. The Twitter crowd have done a very fine job of replying with suggestions if you want a bit of fun reading through them! 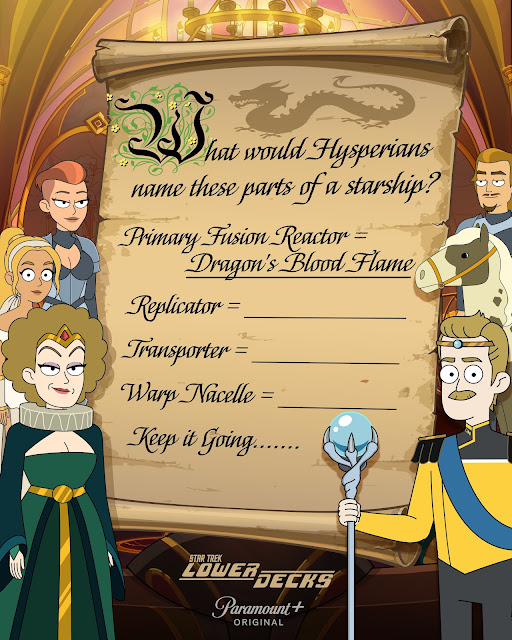 Hysperian's aren't having all the fun though, this week's Titmouse Stuff Shirt Collective T-shirt features
Agimus the evil computer, being evil. 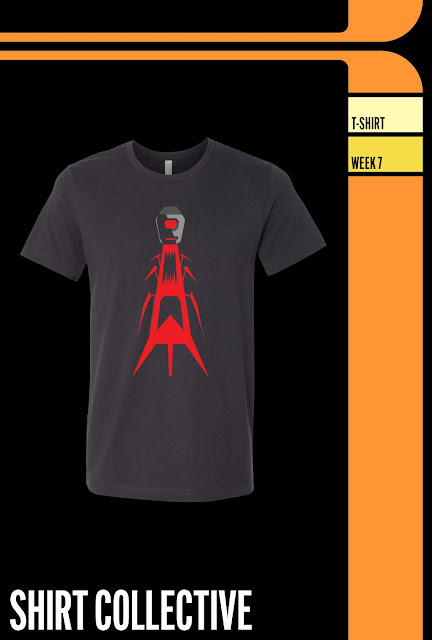 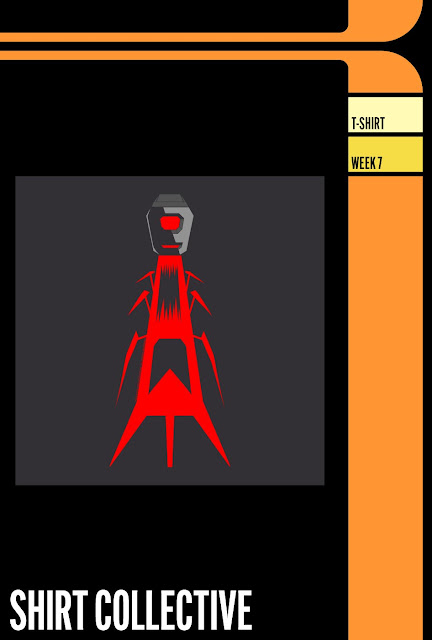 Dipping behind the scenes, this week's easter egg video also looks are Agimus, or rather the production easter egg that Jeffrey Combs has returned to Trek:


And this week's animatics comparison video shows off the dramatic shuttlecraft crash:


Finally as ever Paramount+ released some more spoiler images once the episode was out: 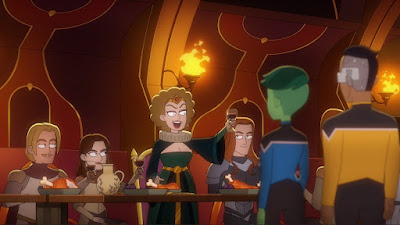 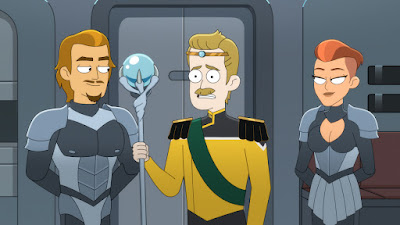 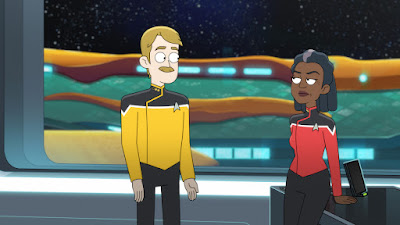 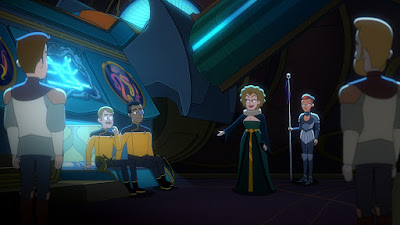 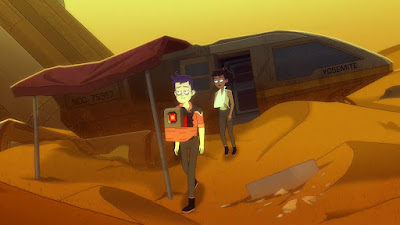 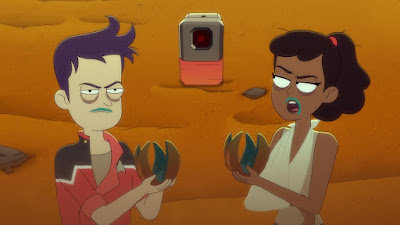 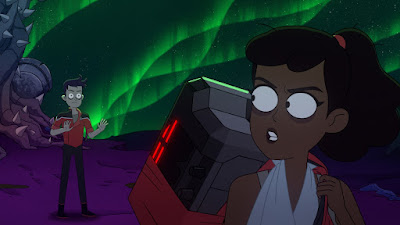