The Mirror War #0 comic preview, plus behind the scenes art and new cover

This past week brought the launch of the new TNG mirror universe comic, The Mirror War(ad), with issue #0(ad) setting the scene before an eight-part series, and four character-focusesd one-shots carry on this mirror epic for most of the next year!

This first book in the series is written by Scott and David Tipton, with art by Carlos Nieto, and colours by DC Alonso. It is offered in three different covers, with the A-cover(ad) also by Nieto featuring a flag waving Picard and crew. The B-cover(ad), more tightly focused on Picard and Data, is by Ejiwa "Edge" Ebenebe. The final cover by Tom Ralston, is a rarer retail incentive variant(ad), and also features Picard and Data, with a space battle to one side. Continue below to check them all out, plus a five-page preview from this book, some behind the scenes art from the series, and a new cover for a future issue too! 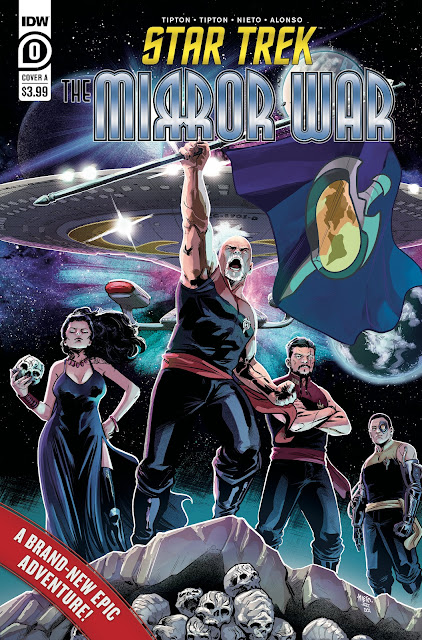 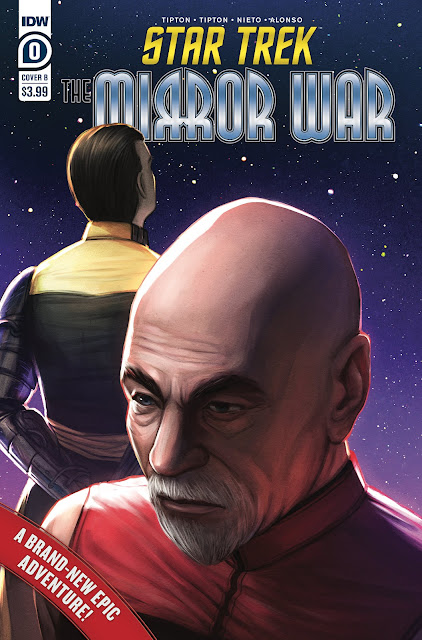 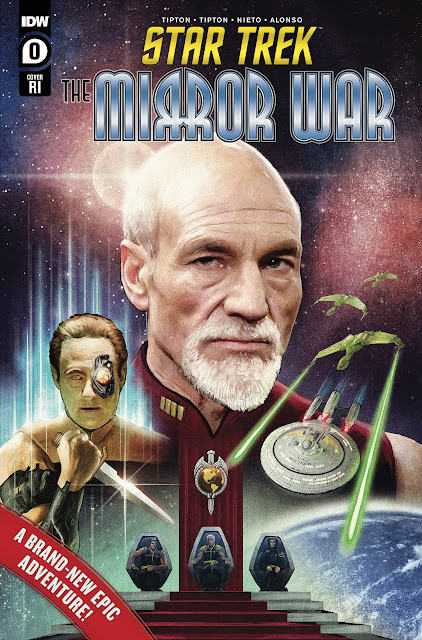 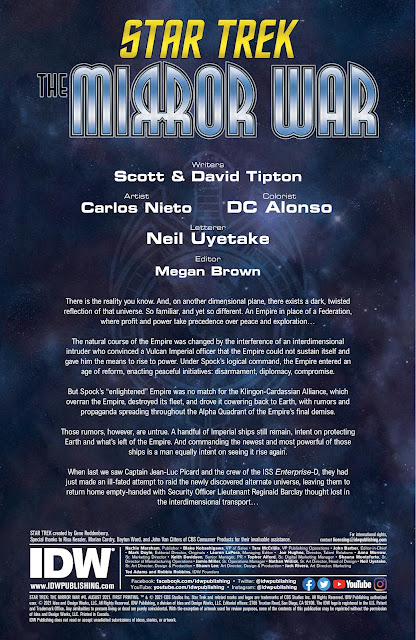 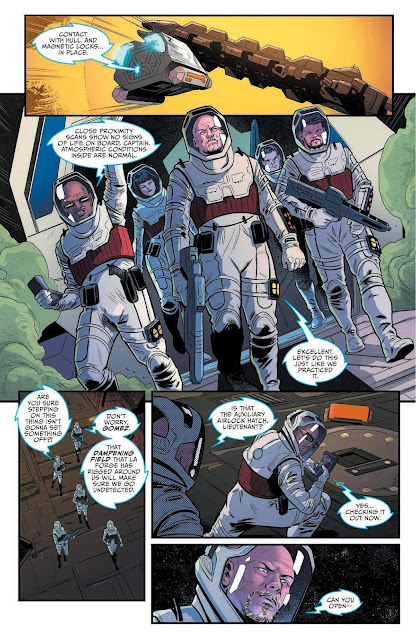 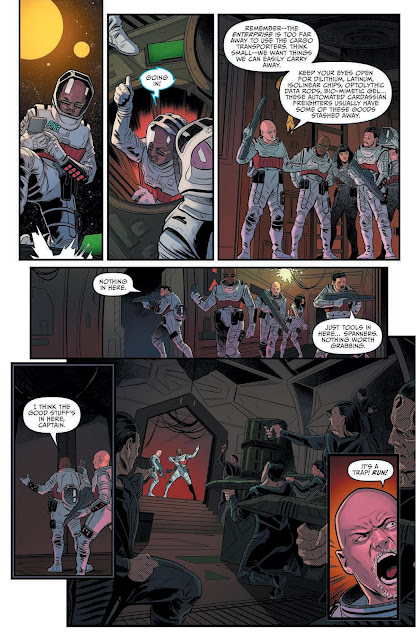 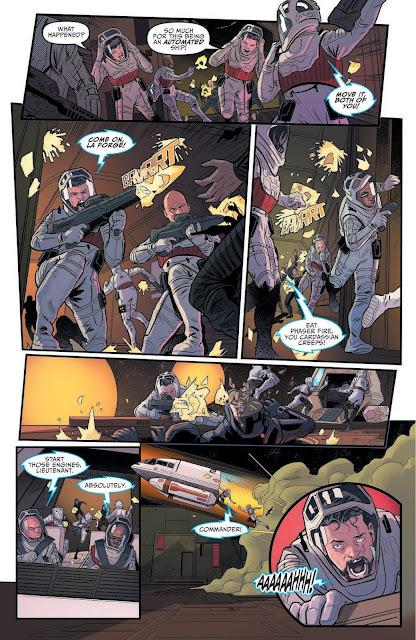 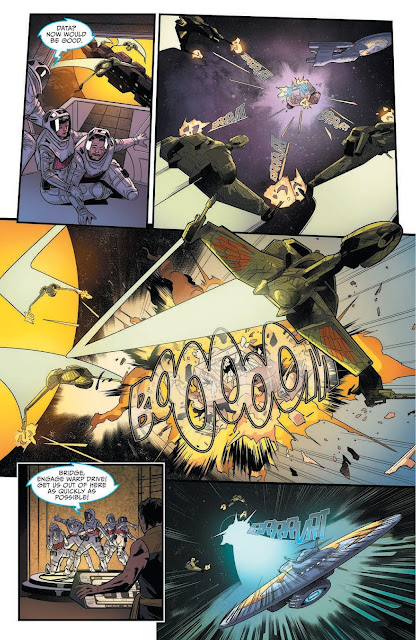 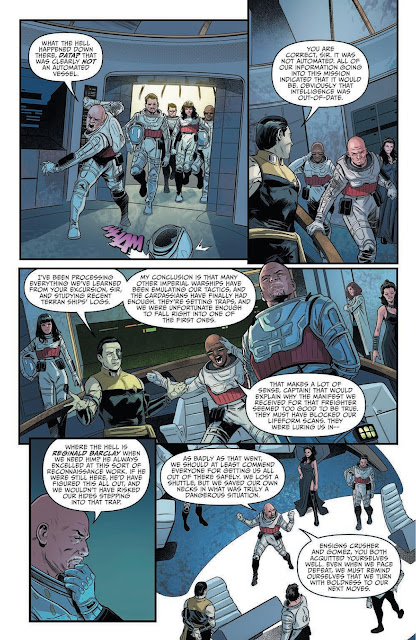 Issue artist Carlos Nieto shared on social media some of his art from the book. Here you can see the first page before colouring, and if you check his Twitter you can see the same page at the initial sketch and pencils stages, to see how it was brought to life. 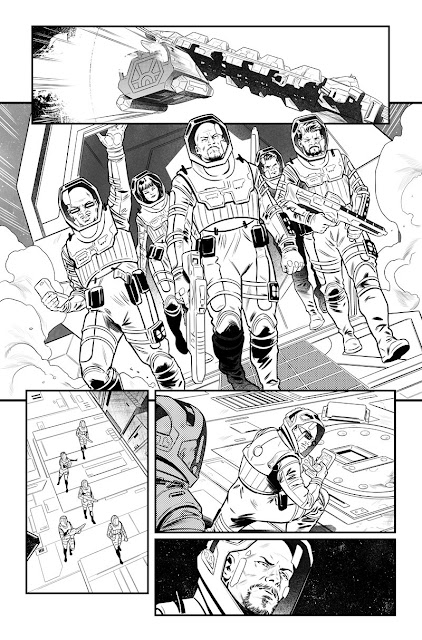 Meanwhile cover artist for the series, and the original artist who shaped the IDW mirror universe over several preceding comic series, JK Woodward, has shared this teasing little process video of some of his work on the series:


And finally Tom Ralston has also shared the first look at his retail incentive cover for the first of the character one-shot issues as part of this event, Data: 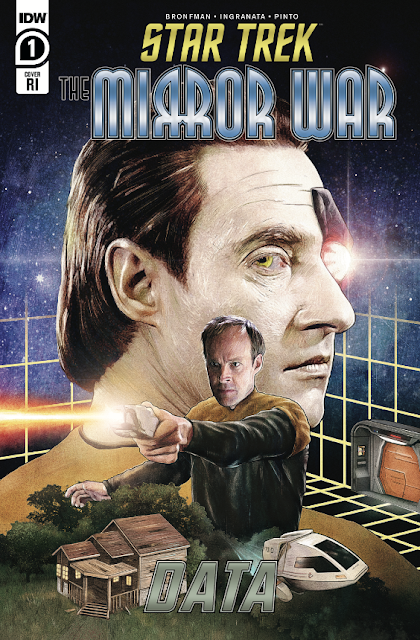