Eaglemoss: Hero Collector's shipyards are evidently got a new delivery of Synth workers recently, as they are really pumping out new model ships at the moment! The latest announcements include the first Lower Decks ship from Eaglemoss, several Voyager releases in their special and bonus lines, the latest issue of the Universe collection, and a new alien-themed shuttlecraft set! Continue below to check them all out, plus the latest updates from Build the USS Enterprise NCC-1701-D.

So first up announced today on StarTrek.com we have our first look at the forthcoming XL edition of the USS Cerritos. What a handsome lady! 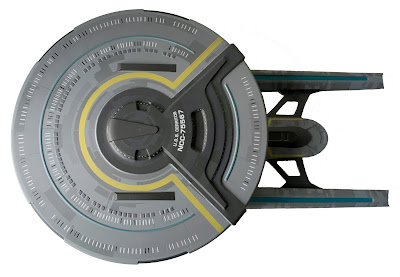 The model comes in at 9.75 inches long, and is expected to arrive in January. StarTrek.com have also confirmed an XL edition of the USS Titan will be following - Eaglemoss have of course previously released a smaller USS Titan model(ad), following a petition started right here on The Trek Collective several years ago. It's amazing to see what was then one of the first Eaglemoss non-canon releases now getting an upgrade, thanks to the USS Titan Star Trek novel readers have known for years being gloriously canonised by Lower Decks!
It has become standard practice in the era of new Trek on TV that Eaglemoss release the hero ships as part of their general XL collection(ad). What has also happened so far with Discovery and Picard, and soon enough Strange New Worlds, is that there is a separate run of smaller sized ships to capture the other ships of the series that wouldn't warrant an XL release. So far Eaglemoss have been unclear what they are going to do with Lower Decks, or indeed Prodigy, in that regard, as the current catch-all Universe Collection(ad) has been specified for all the in-production live action series, leaving the awesome animated series also in production a bit homeless. Personally I'd rather they just rolled everything into the single Universe collection...
The series does present some technical challenges for Eaglemoss. Most of the more significant ships are animated using 3D models, which just like the visual effects ships of their live action siblings, Eaglemoss can adapt for use making a physical model. But many Lower Decks ships only seem to exist as 2D assets, when the ship is only seen in a couple of shots and doesn't need to move dynamically. For these ships, Eaglemoss would need to build new models from scratch, and maybe even have to design in the bits we don't see on-screen, if the production team hadn't fleshed out the design more than the one or two angles needed for the show. It will be interesting to see if and how Eaglemoss sort those kinds of ships!
Meanwhile, the specials series(ad) from the original Starships Collection is still going strong, and the latest announced model in that series is giving us something a bit different. Special #28 will be Jupiter Station(ad) from Voyager's Life Line, and evidently the design featuring two stacks of saucers meant Eaglemoss couldn't balance it on their usual stand, so this model sits on two of them! The model is 6.5 inches tall, and with the design also quite wide in both directions, this thing will need a rather spacious box! Eaglemoss currently have it up for pre-order, expecting a December release. 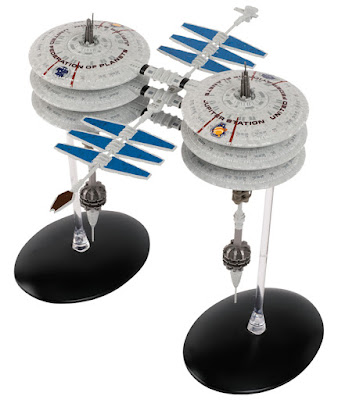 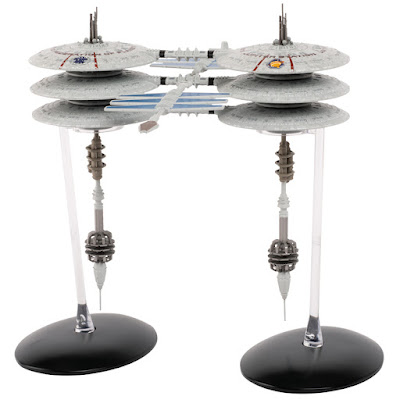 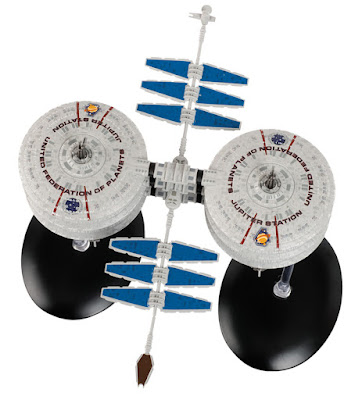 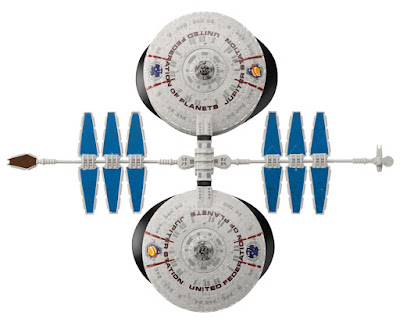 It's a good time to be a Voyager fan for Eaglemoss ship collectors, as the next two bonus issues(ad) that have been previewed are also filling in some gaps from the series. With the original Starships Collection having ended last year, the bonus releases are now ramping up to offer some of the ships that didn't make it into the initial run. Bonus #30 is Steth’s Coaxial Starship(ad) from the episode Vis à Vis, and it looks like a wonderfully detailed model. This is due out in November, and currently up for pre-order. 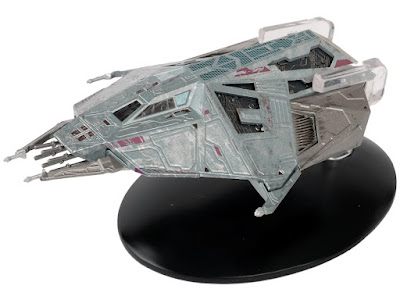 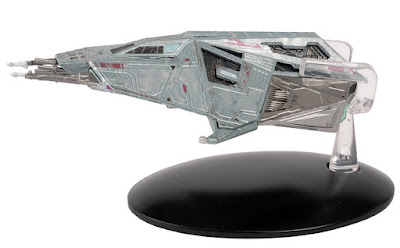 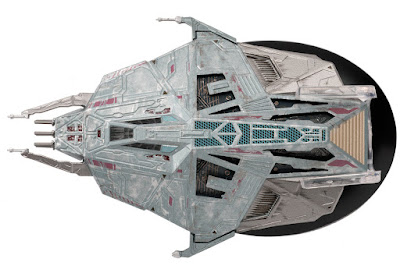 Bonus #31 is a particular notable omission from the original run, the Kazon carrier, which as the largest ship in the fleet of a major Voyager alien species, appeared in several episodes of the season, not least Caretaker. So even those this honestly isn't the most visually exciting ship, it's a very welcome and overdue addition to the collection. TrekCore have released the first preview images of the model, and confirm this will also get a November release (pre-order will no doubt go up shortly). 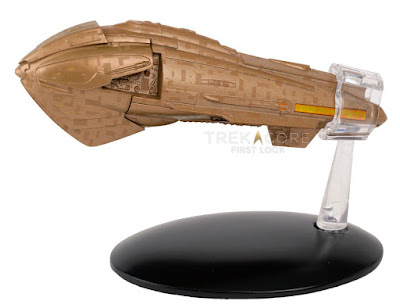 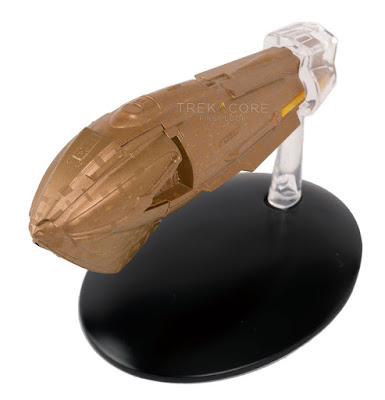 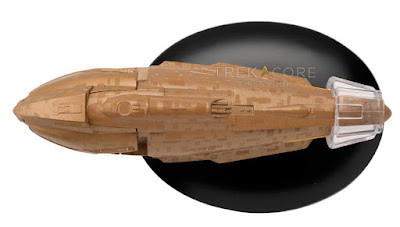 TrekCore have also confirmed the running order of two further recently announced bonus model. Nomad will be coming as #32, and the Talarian Observation Craft will be #33. Hopefully these all do well, as there are plenty more alien ships still waiting to be made.
Speaking of which, TrekCore have also previewed the next shuttlecraft set. After having exhausted the Starfleet shuttle roster, Shuttlecraft set 8 is an alien assortment. The most significant release here I feel is the Ferengi shuttle, which featured in multiple episodes (as recently as Lower Decks just last week!); I'd have really liked this as a regular sized bonus model, but I'll settle for it being one of these tiny shuttles if that's how we can get it! Also in the set are the Klingon Toron class shuttle from TNG's Gambit, and the Vulcan and Xindi-Insectoid shuttles which both featured in several episodes of Enterprise. TrekCore report this is due for December release. 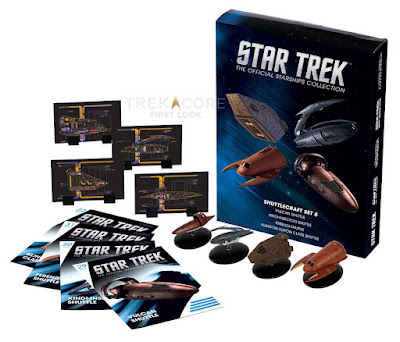 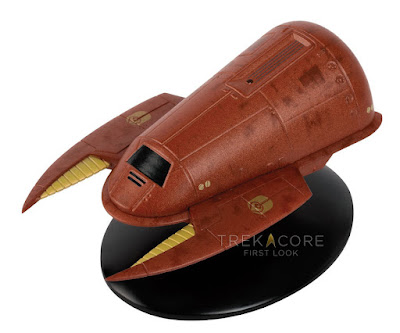 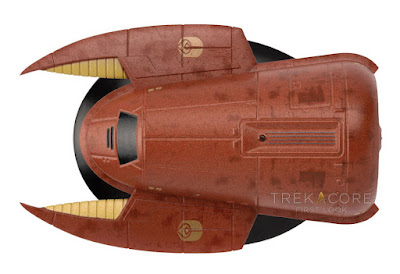 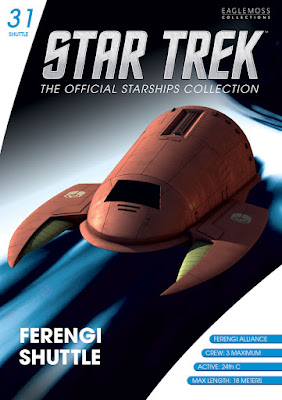 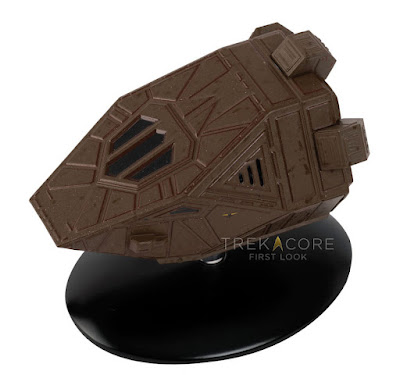 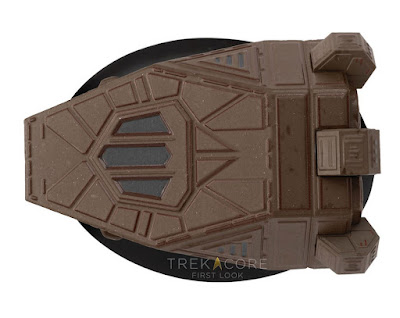 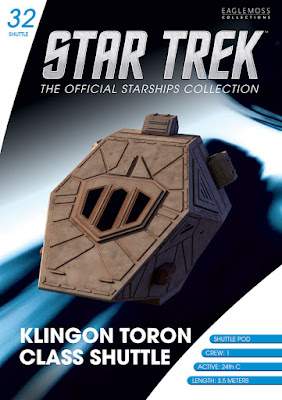 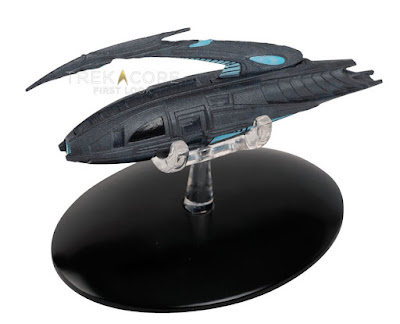 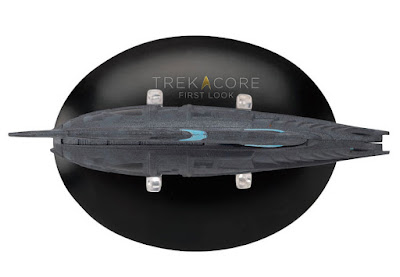 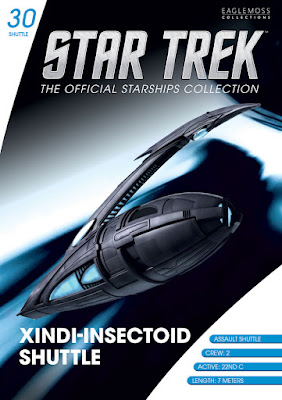 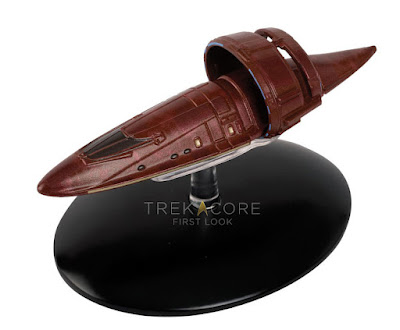 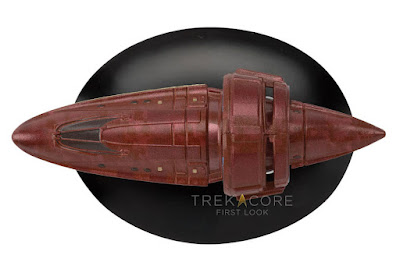 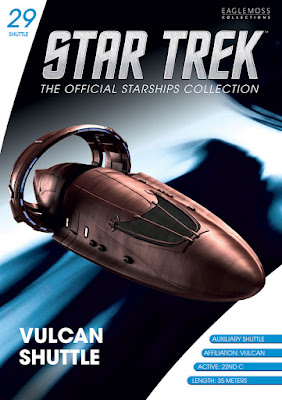 One more ship TrekCore have released images of is issue #10 from the Star Trek Univers Collection(ad) (which features ships from all the current live action series) the Romulan Warbird from Picard. I think this is a great design, so it's good to get a bit of a clearer look at it (though Eaglemoss aren't showing off the bird pattern on the underside which can not bee see very well on-screen, the teases). This should be another December release. 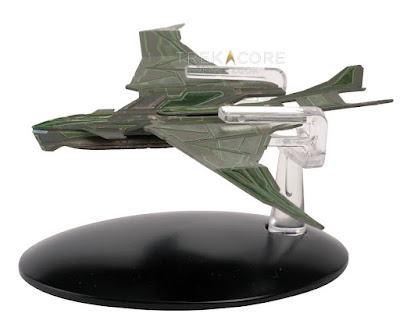 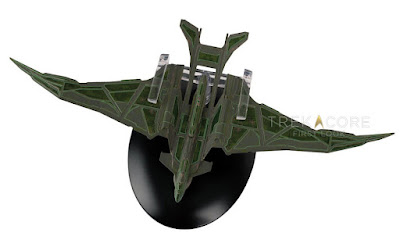 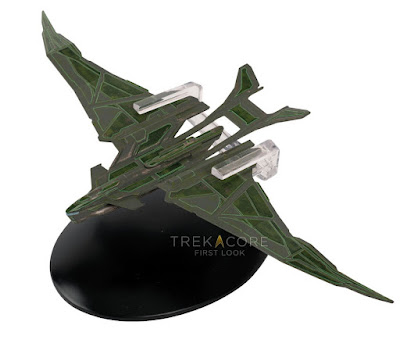 This is the last of the Picard ships initially previewed for the Universe Collection. There are still a few ships from Picard season one that could be done (see my ships of Picard article for a look at everything), most notably the Synth fighters, and The Artifect Borg Cube; the rest are background smallcraft. So maybe some of those might be coming up next, or we might be about to enter the 32nd century, with lots of promised Discovery season three ships due to start arriving soon.
Finally, Eaglemoss: Hero Collector's other starship series is something completely different, the Build the USS Enterprise NCC-1701-D model kit part work(ad). Not building this myself, I've been keeping track of the series via the build videos from World of Wayne. The latest two videos really show how parts of the ship are starting to take shape nicely:

To get hold of the latest ships, look for individual releases via the Eaglemoss' web-shop in the US(ad) and the UK. For discounted pre-orders, check Things For Another World(ad) too, who normally offer a 20% pre-order discount.

Alternatively you can subscribe to the Star Trek Universe collection in the US(ad), UK(ad), Germany(ad), and other parts of Europe(ad). And the same for the Build the USS Enterprise-D Collection in the US(ad), UK(ad), and Europe(ad).
For more Eaglemoss updates, check back through my Eaglemoss tag, or for starships coverage in general see my ships or model ships tags.