Bradford Exchange have launched a new series of starship models, the Cast Metal Star Trek Starship Sculpture Collection(ad), which kicks off with the original USS Enterprise, of course. 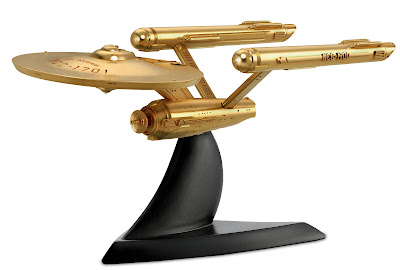 Each sculpture shines in a bright golden finish that gloriously brings it to life. As the perfect finishing touch, the gleaming sculptures are permanently attached to the base shaped like the Starfleet Command insignia. This collection is a stunning celebration of groundbreaking spaceship design and it makes a wonderful addition to any STAR TREK decor.

It's not clear what metal it's made from, but should have some heft either way, and has a golden gilt finish. The Enterprise is 7.6 cm wide and 14.6 cm tall. As you can see from the images, some of the details on the surface, such as the text and windows, are a little exaggerated (either raised or cut in) to give them some pop on the crisp metal finish. 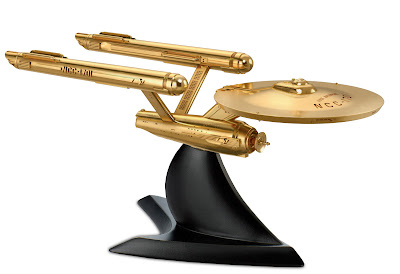 In the US(ad) this is offered as part of a subscription, suggesting an ongoing series. They often use this model and tend not to be too clear about what future issues might be, as is the case this time, as Bradford Exchange wouldn't tell me what's planned next when I asked! The UK site offers it as a one-off purchase instead, and will presumably offer any future releases individually too.
This was the case with their Legends of Star Trek sculpture series(ad) which launched back in 2015, and still doesn't list the full assortment on the US site. The UK site listed some of the characters from this collection just last year, revealing to non-subscribers the Doctor McCoy and Scotty figurines, which followed the initial Spock and Kirk releases that have been previewed before with mock-up images. 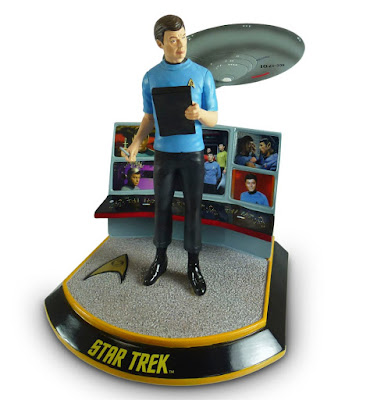 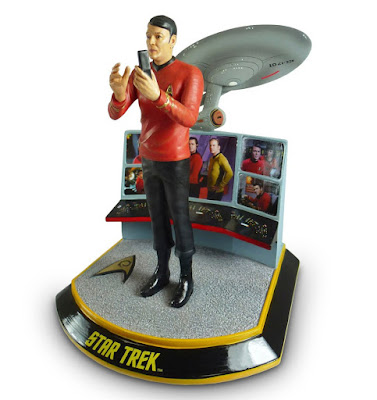 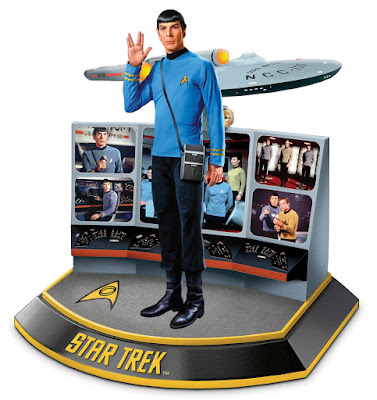 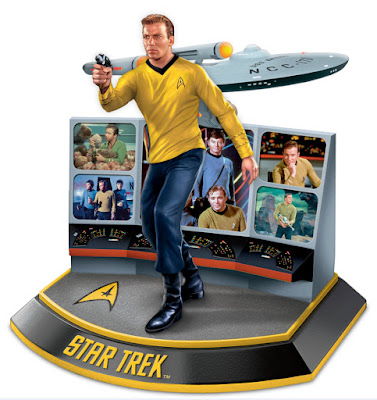 There are many more characters in the series though, which has had new releases up to at least 2018, including all the main TOS crew and a few aliens too - Bradford seems oddly committed to not showing off their full collections to online customers (images below via Ebay(ad) listings): 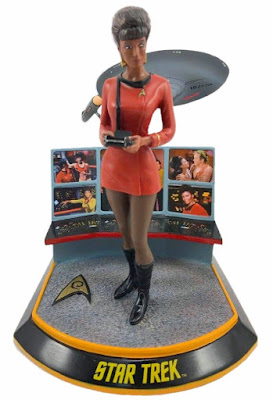 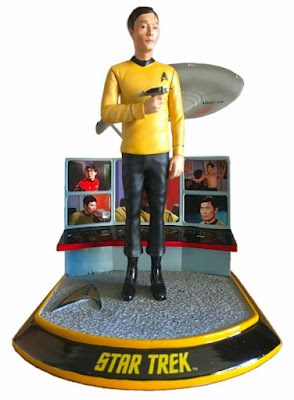 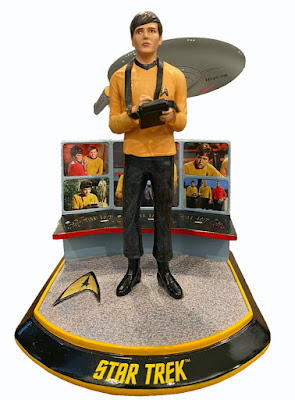 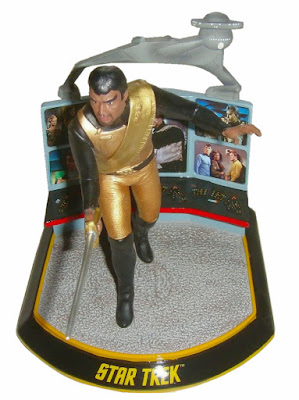 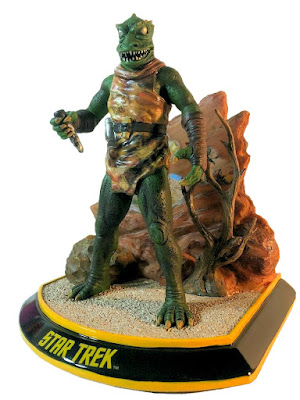 To check out some of Bradford Exchange's other eclectic Star Trek collectable releases over the years, have a look back through my Bradford Exchange tag. And if you like golden starships, see my recent round-up of the surprising numerous previous golden Enterprise releases.