Eaglemoss previews latest Picard and STO ship models, plus a look ahead at Build the USS Enterprise-D

Eaglemoss have previewed several forthcoming ships in their various starship model collections, including the latest from Picard, Star Trek Online, and the huge Build the Enterprise project. Continue below to check out the latest ships:

The newest announced issue in the Star Trek Universe starships collection(ad) confirms the "Romulan Vessel"(ad) (previously referred to with the pithier name Romulan Bomber Warbird) as issue five in the so far Picard dominated series, which will eventually include ships from all the currently in production live action series. Eaglemoss have released several new images of this neat W-shaped Romulan ship, the first of the Romulan fleet seen in Picard. We can expected to arrive in July. 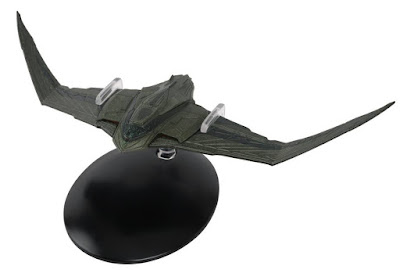 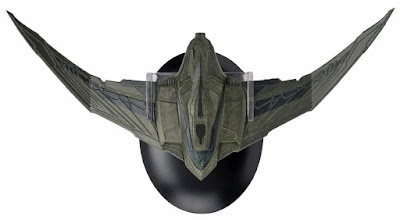 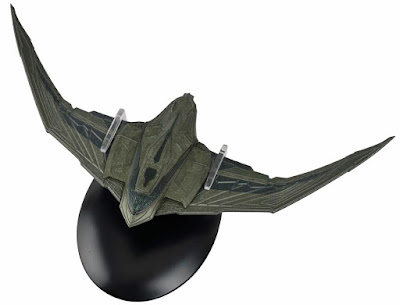 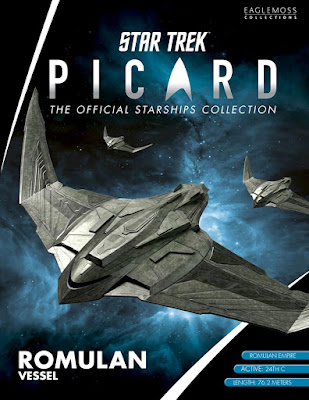 Also anticipated for July release is the sixteenth issue in the Star Trek Online starships collection(ad), offering a design particularly unique to the game, the first Khitomer Alliance ship, the AFS Khitomer(ad), a Starfleet/Klingon hybrid design. Eaglemoss have released a good selection of preview images of this model too; check it out: 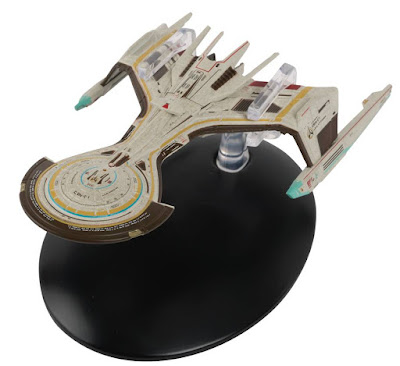 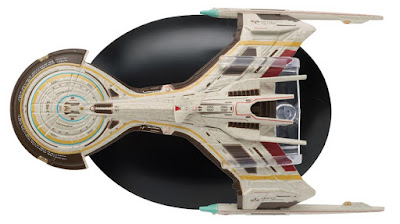 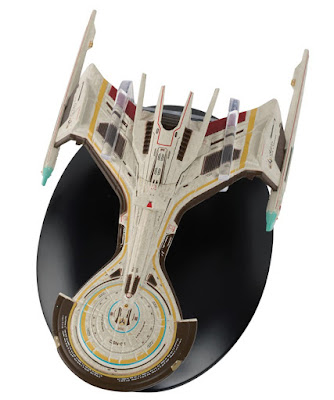 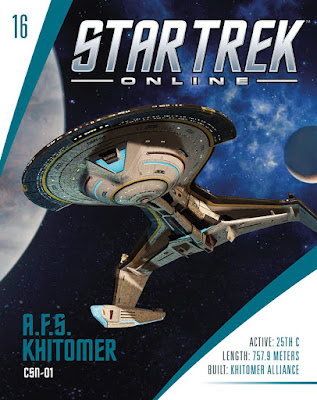 The latest releases in the Online series often preview new ships on their packaging, and two new ones recently revealed are the Cardassian Damar class, and another Starfleet ship, the USS Concorde. These two ships total the series up to twenty ships so far planned. 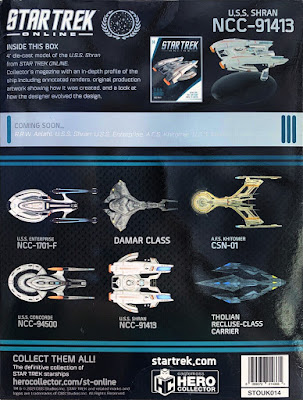 Finally, Eaglemoss' Hero Collector blog has posted some previews of how the big Build the USS Enterprise-D(ad) model kit part work will take shape over the coming months. I think the coolest look so far shows the saucer taking shape, with parts from up to issue twenty-nine shown here. Unlike most model kits which use big parts to make a shell, with this split into many many tiny parts, it feels a lot like the views we've seen of the ships being built in-universe, complete with a complex internal structure; a very satisfying process to mirror. 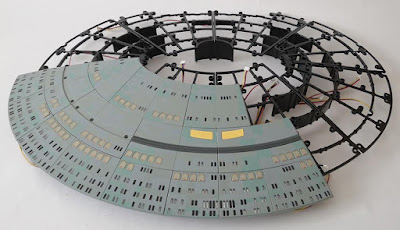 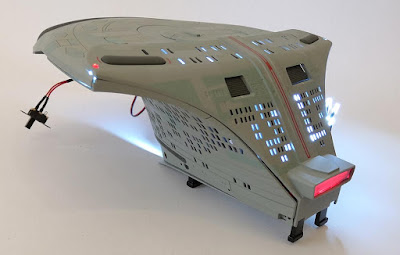 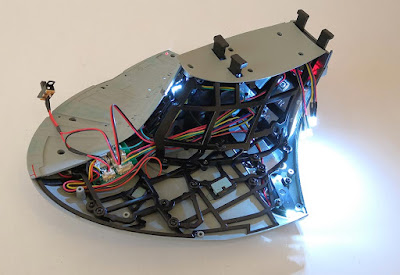 And parts already in the hands of subscribers to the series, give the bridge section of the saucer, a nacelle, and deflector dish: 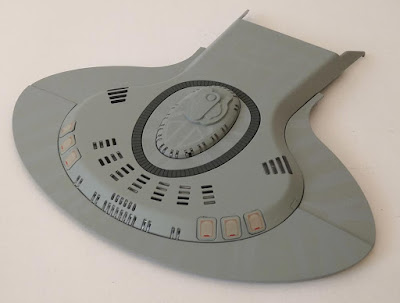 I've previously shared some great build videos by World of Wayne. His latest takes up through packs seven to ten, the first steps to getting that saucer and neck section underway:

Alternatively look for individual releases via the Eaglemoss' web-shop in the US(ad) and the UK. For discounted pre-orders, check Things For Another World(ad) too, who normally offer a 20% pre-order discount.