Year Five #25: Experienced in Loss(ad), will be a bumper-size epilogue to the series, which will be written by all the writers from the series: Jackson Lanzing, Collin Kelly, Jody Houser, Brandon Easton, Jim McCann, and Paul Cornell. They are joined by almost all of the series' artists: Angel Hernandez, Silvia Califano, Stephen Thompson, and Christopher Jones. Here's the solicitation blurb:

The five-year mission may be over, but now it’s time for the next adventure to begin. Join the crew of the Enterprise for the end of an old chapter and the beginning of a new.  This special, oversized epilogue from the entire Year Five writing team bridges the gap between the end of the five-year mission and the beginning of Star Trek: The Motion Picture.

As usual, the book will be offered in two different covers. The main one, not yet revealed, will be by Stephen Thompson, whil J.J. Lendl provided the rarer retail incentive cover, which has been previewed: 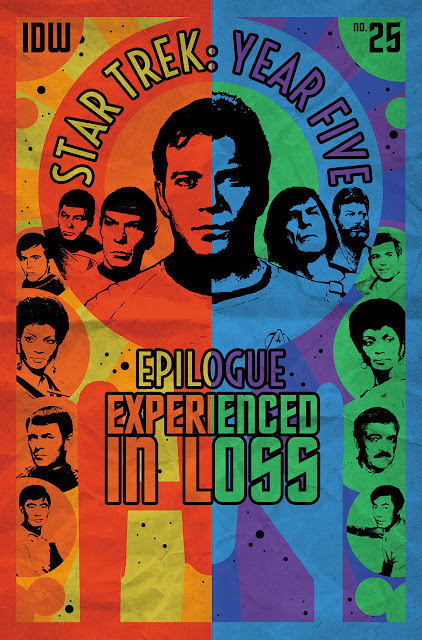 The book is currently available to pre-order on Things From Another World(ad) and Forbidden Planet(ad), among other retailers, and of course your local comic book shop.
On Twitter, series writer and showrunner Jackson Lanzing has teased there might yet be something more on the way for Year Five, or related to Year Five:

We still have one very cool surprise coming down the pike for STAR TREK: YEAR FIVE fans. Something that really operates as a full-circle moment for Collin and me... and an invitation to every Trek fan to join the crew.
But I can't tell ya what it is yet.

What a tease! I certainly hope they all come back to continue the post-The Motion Picture adventures with similar excellence we have be treated to in Year Five.
If you've had a feeling IDW haven't been announcing the usual volume of Star Trek releases of late, author Dayton Ward, who these days is also involved in the wider Star Trek publishing and licensing efforts, noted on the TrekBBS that:

There was a hiccup while they renewed their licensing agreement, which expired at the end of 2020. That affected anything not already approved/sent to the printer/etc. All is well, though.

So hopefully the rate of new Trek comic releases will be bouncing back shortly.
Looking back to the most recently released book in the Year Five series, issue 20(ad) began the Vulcan time travel story The Raptor's Wings (see preview article). Following the release of that book a couple of weeks ago cover artist Stephen Thompson shared some alternative cover concepts on Twitter: 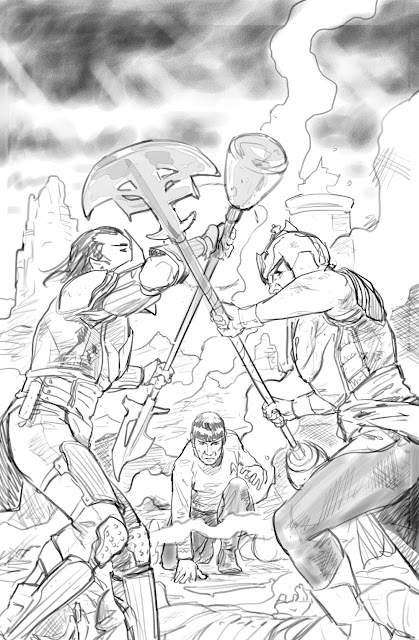 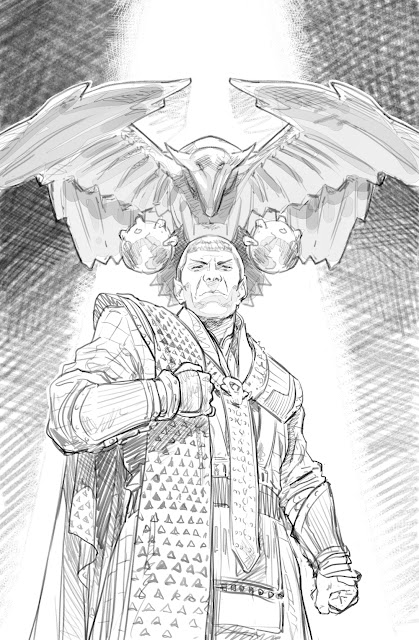 And here's the final artwork without the titles; note Spock's costume lost some of the more ornate elements on the way to the final draft. You can how it progressed through the pencils and inks in another tweet. 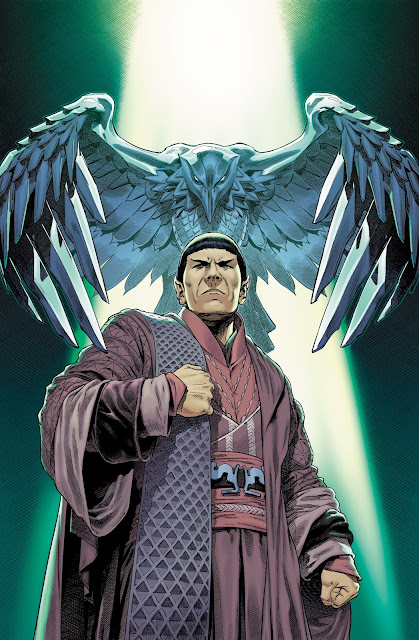 Interior artist Silvia Califano also shared some of her artwork from the book on her blog. Here are a couple of pages she posted; see her blog for more. 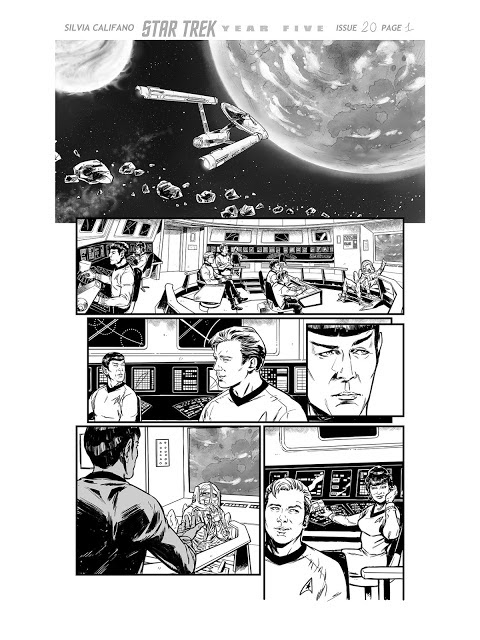 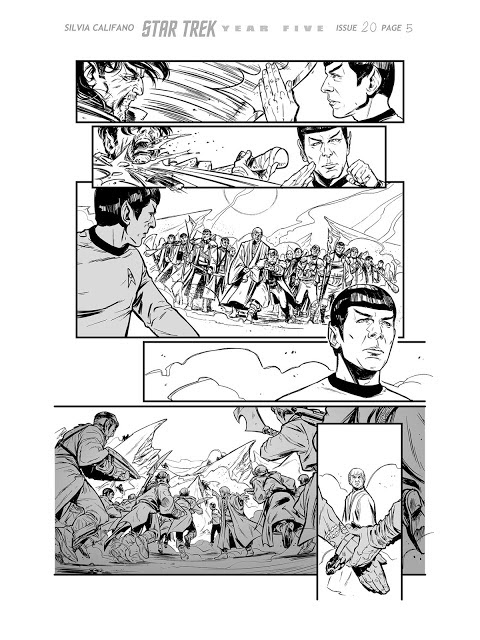 Califano also shared this spiky panel from later in the book on her Twitter, captioning it with the alternate title Mad Spock: Fury Vulcan:

To keep track of all the latest Star Trek comic releases, hit the comics button on my 2021 schedule page, or have a look back through my comics tag for the latest posts. You can also find reading lists for several Star Trek comic series on my Trek Collective Lists site.