Comic art specialists Panel Page Art currently have some especially gorgeous Star Trek cover art up for sale right now. Part of a wider selection of art by Hugh Fleming, they have all four covers for the DC Comics TNG miniseries Ill Wind. Painted in acrylics, seeing the artwork in full you can really see the texture of the pieces. They also feature sumptuous colours, and some great portraits and ships. Continue below to check out the whole series:

Issue one sets the scene for the series, featuring Captain Picard and the main guest-antagonist of the story, Mestral, the leader of Eldela people, who is also a keen solar sailor. The Enterprise is charged with protecting her and otherwise maintaining security while she participated in the Centauris Cup race. Also featured is an exotic ship, the Perhonen, Mastral's solar sailcraft; it get's a bit of an upgrade for the cover; in addition to being particularly shiny and well detailed, it has three sails rather than the two seen in the interior art for the series. 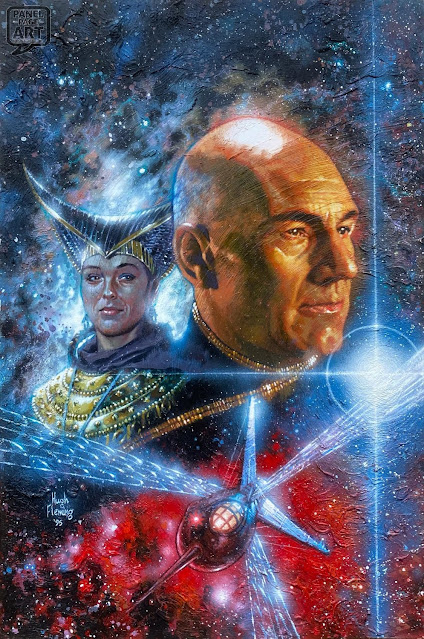 My favourite cover of the series is issue two, because Gorn. Except they're not Gorn at all, but members of two similar species (probably related, but don't say that near them), the Sauch and the Lorherrin. They stand alongside Data and the Enterprise-D, plus the star that is the setting of the series - The texture of the paint radiates out from the star here, giving this piece a particularly striking finish. 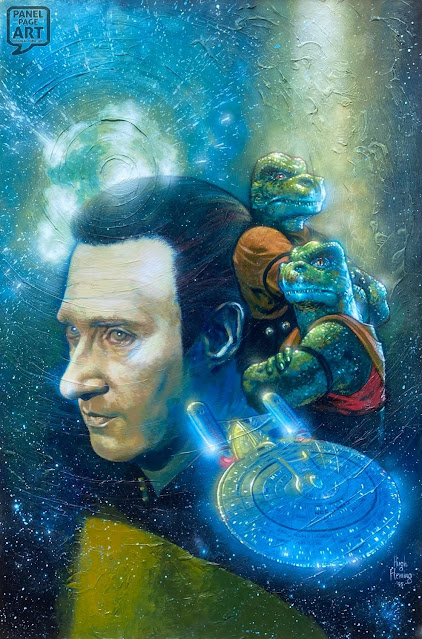 The issue three cover focuses on the holodeck investigation of some race sabotage by Worf, Doctor Crusher, and off-cover, La Forge. The lower part of the cover features another bit of odd aliens-you-might-think-you-know, with what looks like a fight between two Vulcans or Romulans, but is actually two of the Eldela - The series features quite a mix of aliens taking part in the race, but not one of them is a familiar Trek species, even if several do look familiar! 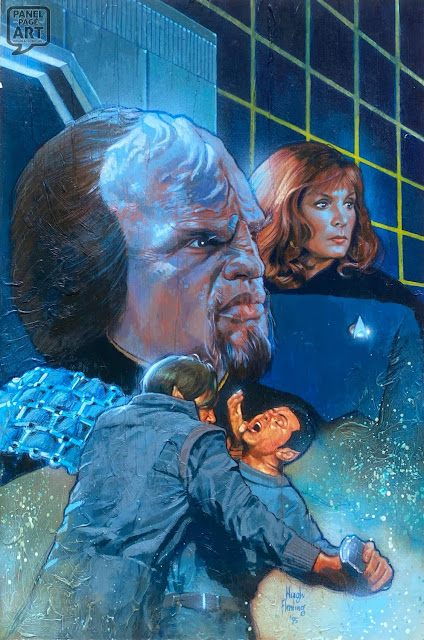 Finally the fourth issue features Riker, but really gives space to starships in combat, with a nice glowy view of the Enterprise, and another Eldela ship that turns up late in the story. 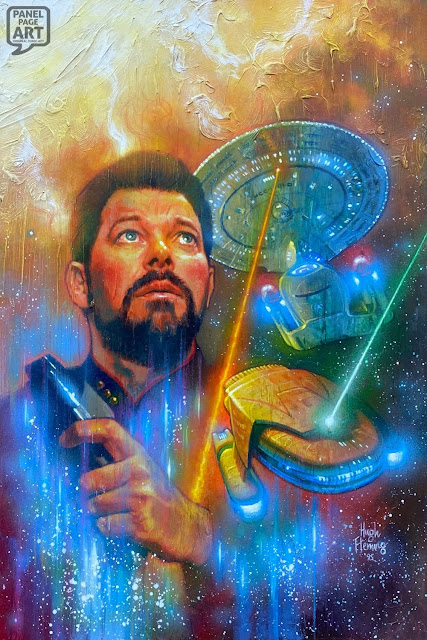 If you're taken by any of these, the original art is available now from Panel Page Art, each 15 x 22.5 or 23.5 inches. They are offered alongside several other pieces by Hugh Fleming from Star Wars and DC superhero books.
If you're curious, here's how the art looked with all titles and such added for the final comics. 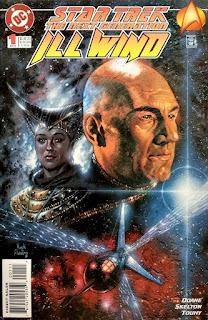 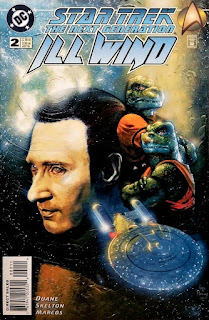 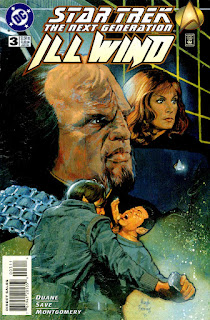 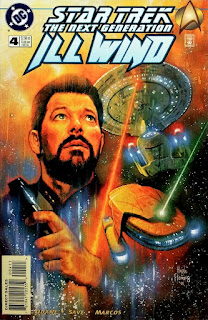 Having just read the series before posting this, I offer this mini-review: The series focus on a yacht race made a for a bit of a slow start for me, but I did enjoy the rare glimpse into future history, where solar racing is seen as a quaint throwback to old times when solar-sailcraft were used for in-system freight. The first half of the series is filled with conspiracy and bickering between the competitors, which for the most part is forgotten in the latter half when the specific issues of the Eldela are a greater concern and rather more interesting. Throughout there is a small B-story which has a surprisingly big ending that I enjoyed a lot. Captain Picard is the focus character for most of the story, and it was nice to get what felt like some more intimate moments with him. Overall it's a fairly decent could-easily-have-been-a-TNG-episode story, maybe not the most memorable tale, but a fun enough extra adventure for the TNG crew.
The series was written by Diane Duane, well know for many Star Trek novels (plus a handful of other comics). Interior art was quite a collective effort, with different inkers and pencillers working across the series: Deryl Skelton, Ken Save, Timothy Tuphy, Pablo Marcos, and John Montgomery. In contrast all the colouring was done by Pamela Rambo.
If you'd like to check it out yourself, the original individual issues(ad) from 1995/96 are not hard to come by, or you can get a nice hardback omnibus(ad) from Eaglemoss' Star Trek Graphic Novel Collection.