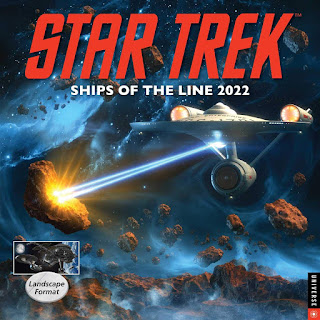 The long-running Ships of the Line(ad) series is the only calendar which gets new artwork each year, lovely wide-format starship art - Essentially a starship art magazine with a small calendar overlay.
This year marks the first Star Trek Online art to feature in the series, alongside lots of TOS and TNG ships, and a little love for DS9 too. Several images feature new starship designs, and there's a new cutaway diagram too. Check out the thumbnails on the back cover: 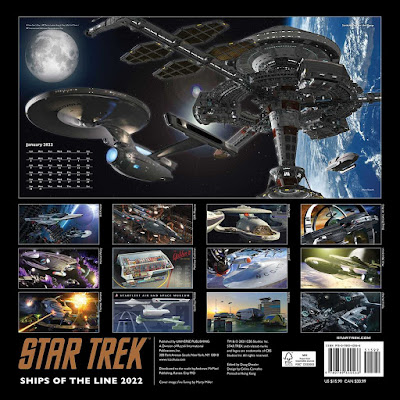 Here's the listing of the 2022 images, with descriptions as best I an make them out, and links to artists' websites/portfolios/social media:
Tim Earls has previewed his image already, and Universe previously released a couple of preview pages for a closer look at other images too: 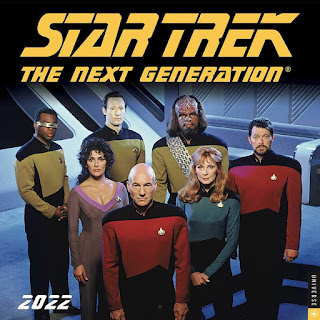 Making a return for the first time in many years, 2022 will bring us a Star Trek: The Next Generation calendar(ad)! The image selection seems to be going for a vintage vibe, with most coming from earlier seasons, and some fun quirky image choices like Sherriff Worf, and Wesley delighted at his repulsor beam! They're all framed in LCARS too. 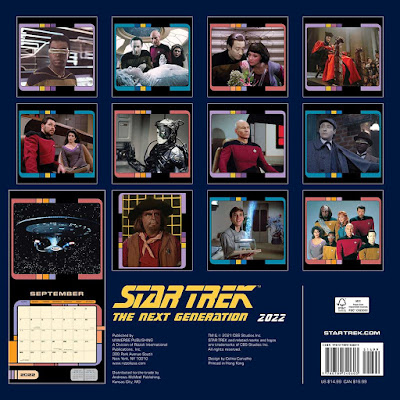 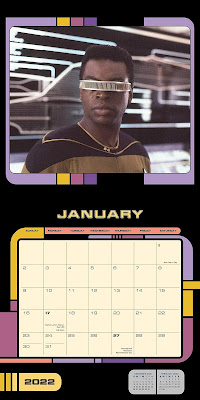 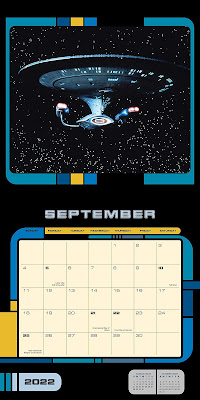 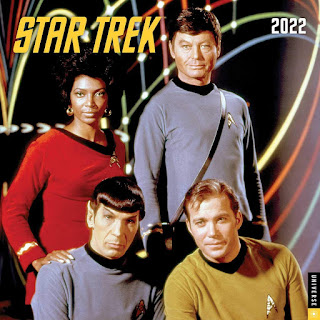 In contrast to TNG, TOS calendars have been coming every year since forever. As has been the case for some years now, the image selection is a pleasant mix of character focused shots, with a few quirkier moments thrown in for variety. 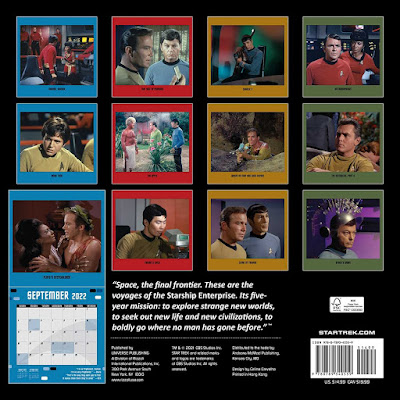 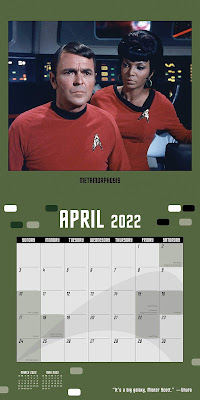 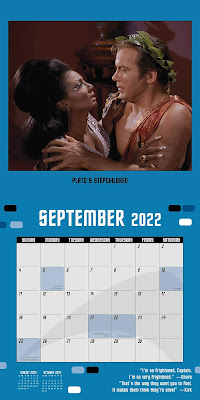 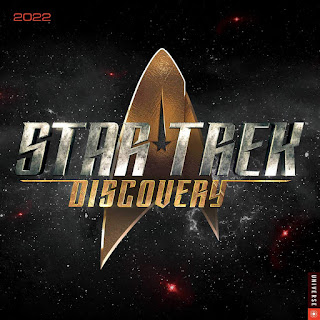 I guess the season three imagery and updated logo came to late to influence the 2022 Discovery calendar(ad), as it seems to all be season two based from the preview images - Unless an update is still to come? 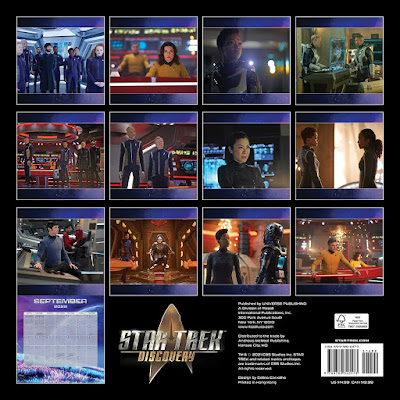 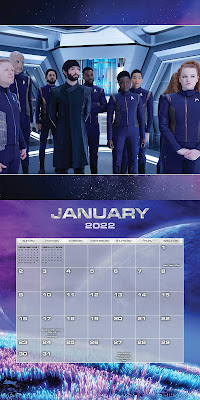 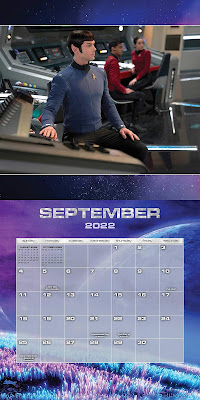 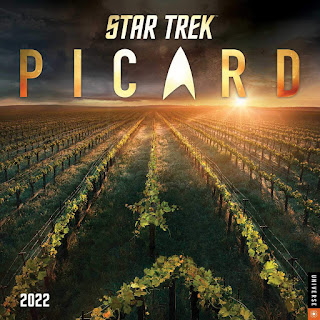 I also wonder is the Picard 2022 calendar(ad)  is in its final form in these previews, as it has an almost identical cover to the 2021 version(ad). The back cover reveals a different approach though; while this year's edition features character promo shots, next year promises episodic imagery. 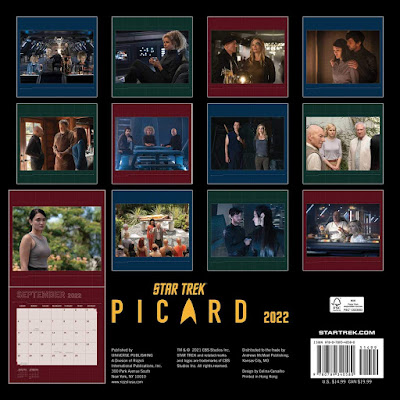 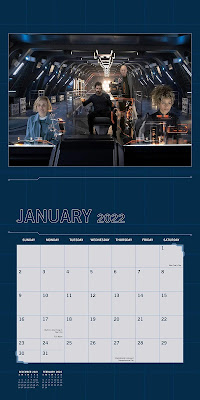 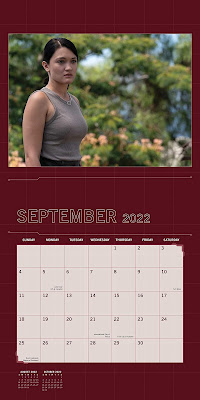 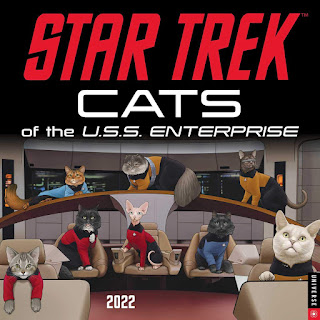 The combined TOS/TNG Cats of the USS Enterprise calendar(ad) is back next year, featuring more of Jenny Park's feline Treks. 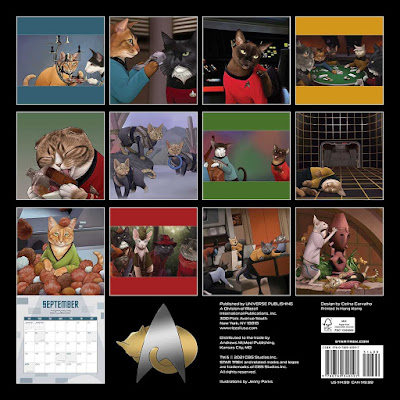 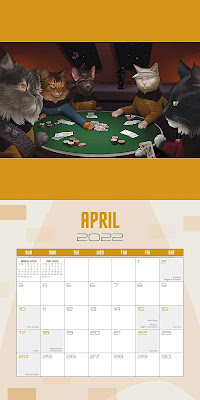 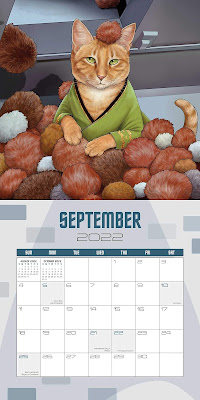 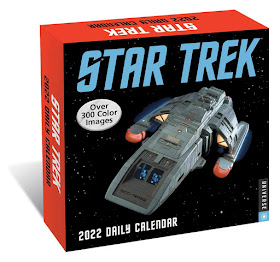 Finally, there's the Star Trek 2022 daily calendar(ad), each daily page features a colour image, with offerings from across the franchise. The back cover gives a rare and welcome highlight to a TAS based page, among others. 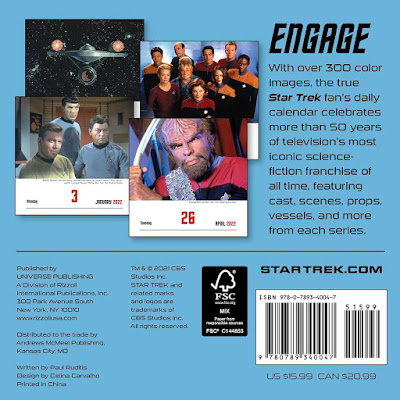 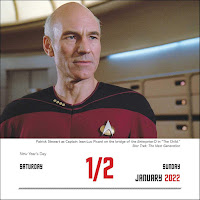 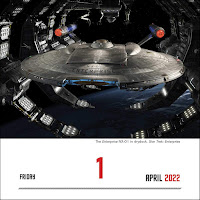 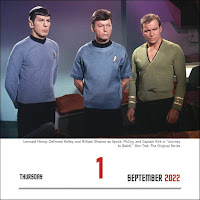 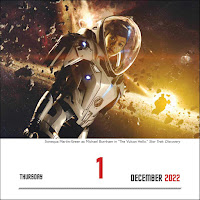