Year Five heads towards its finale in IDW's May comic releases

IDW have released their solicitations for May, which include a double dose of Year Five(ad), as the final three-part story in the series begins. Continue below for all the details of those, other updates from the series, and more comics news.

For five years, the U.S.S. Enterprise and her crew have journeyed to the edge of the known universe, tackling impossible challenges and menacing foes along the way. But the biggest challenge of all awaits them here at home... and no matter what happens, the lives of Captain Kirk and his crew will be changed forever. The grand finale of Star Trek: Year Five begins here with a new issue from showrunners Jackson Lanzing & Collin Kelly (Gotham City Garage, Green Arrow) and artist Stephen Thompson (Satellite Falling, Die Hard: Year One).

The book is offered in the usual choice of two covers, with Thompson also behind the main cover, which features Kirk departing the Enterprise bridge. Alternatively the rarer retail incentive cover is by JJ Lendl, who is this time drawing on the ancient Greek theme of the title: 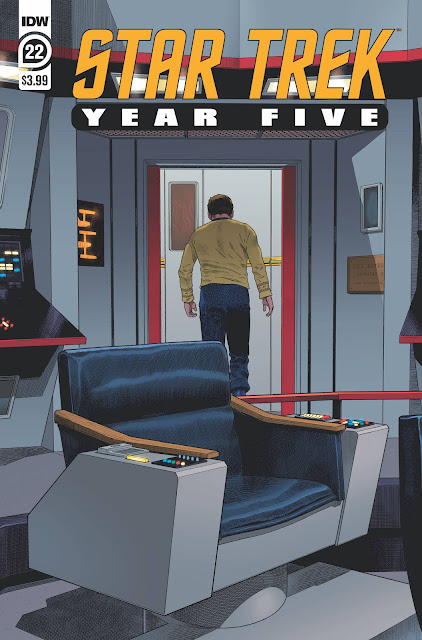 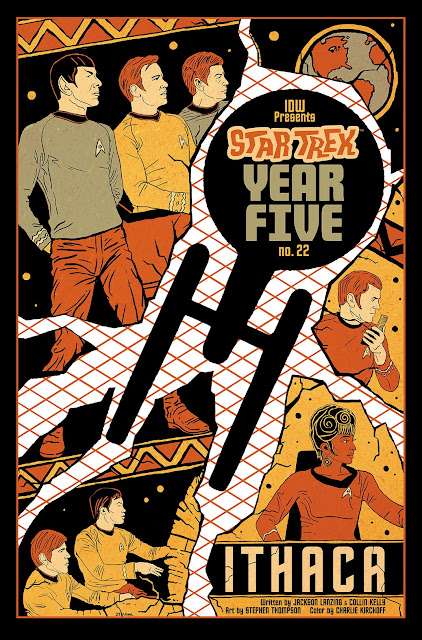 But wait, there's more, unusually there are two issues of this series coming in May. So here's issue 23's(ad) blurb, from the same creative team:

A Tholian horde bearing down on Earth, a time-traveling madman out for blood, a rot festering within the highest levels of the Federation that’s about to explode – and that’s just where we begin!  The biggest battle the Enterprise and her crew have ever faced continues in part two of the amazing three-part finale of Star Trek: Year Five from showrunners Jackson Lanzing & Collin Kelly (Gotham City Garage, Green Arrow) and artist Stephen Thompson (Satellite Falling, Die Hard: Year One).

Thompson's cover for this issue is an epic Tholian battle with the Enterprise! And hinting at where that battle is taking us, Lendl's cover is an in-universe advent for the Constitution class refit program: 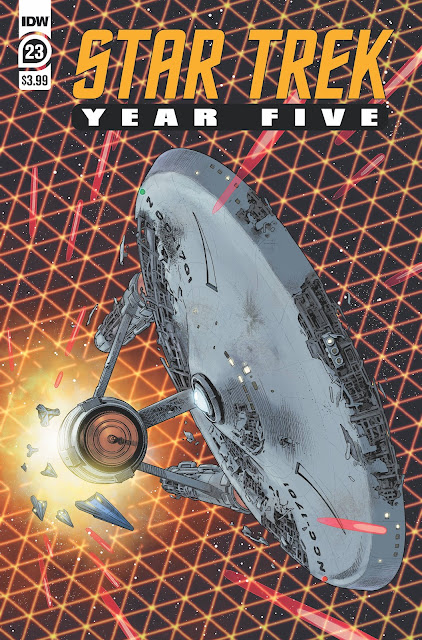 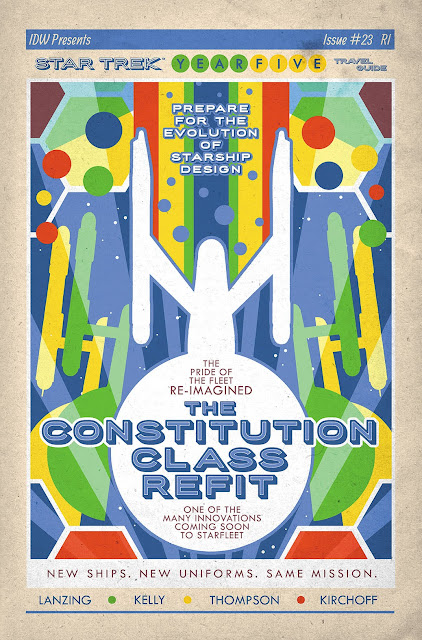 Very excited to read this!
Before that, issues 20(ad)-21(ad) are a Vulcan/Romulan time travel story, and artist Silvia Califano has teased some her her art from that story on Twitter: 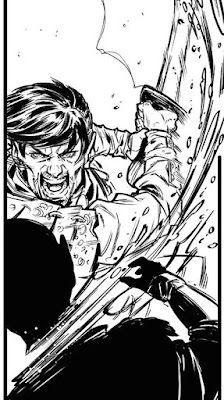 From the issue(ad) just published last week, Stephen Thompson shared some alternate cover concepts on Twitter too, where you can also find the final art without the titles. 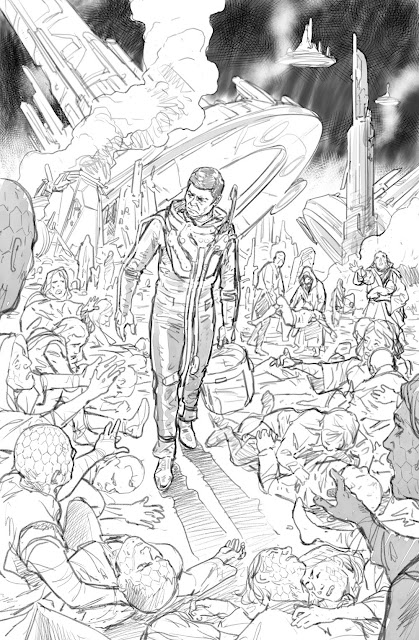 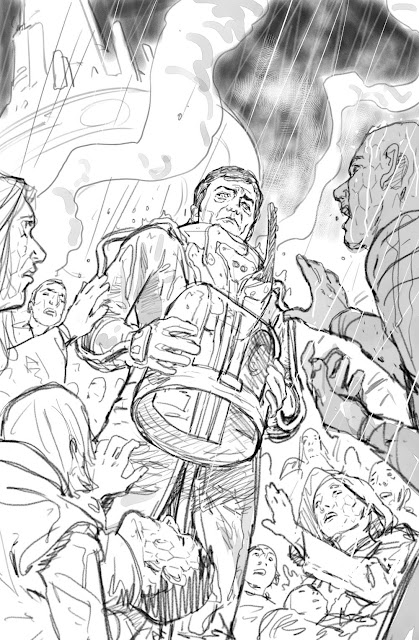 Finally, in other comics updates, the latest solicitations also confirmed the omnibus edition of the recent Voyager series, Seven's Reckoning(ad), for July. Written by Dave Baker, with art by Angel Hernandez. here's the cover, by Jeffrey Veregge, and blurb: 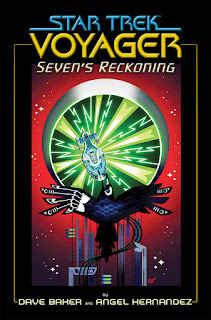 Join Captain Janeway and her crew on a mission full of shocking twists in the first new Voyager comics story in over a decade!

A chance encounter with a reptilian alien race draws Seven of Nine and the rest of the U.S.S. Voyager crew into an ancient class conflict that's on the brink of exploding into all-out war! Set during Star Trek: Voyager's amazing fourth season, Seven finds her newfound humanity in conflict with her commitment to the Prime Directive. When she finally makes her choice, will it have the desired result? And will there still be a place for her aboard the Voyager once the dust clears?

To keep track of all the latest Star Trek comic releases, hit the comics button on my 2021 schedule page, or have a look back through my comics tag for the latest posts. You can also find reading lists for several Star Trek comic series on my Trek Collective Lists site.