The Noble Collection have launched a new toy division, Noble Toys, and among their first releases are a range of seven inch tall bendy action figures, creatively called Bendyfigs! Their initial collection includes characters from several different sci-fi and fantasy franchises, includes Star Trek: The Original Series. Continue below to check them out.

Four Star Trek characters are available, Captain Kirk, Spock, Doctor McCoy, and Uhura. Each comes with a Starfleet delta pegged display based, and they all have a couple of accessories too. Spock here gets a communicator and tricorder: 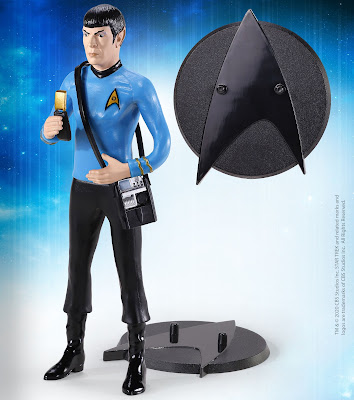 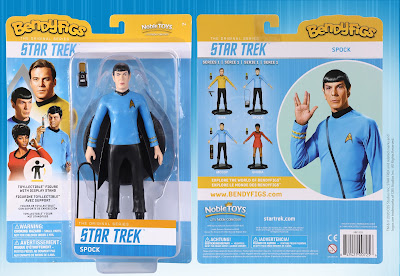 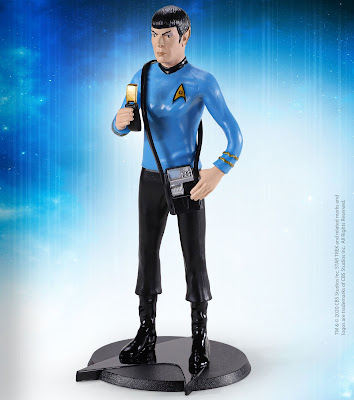 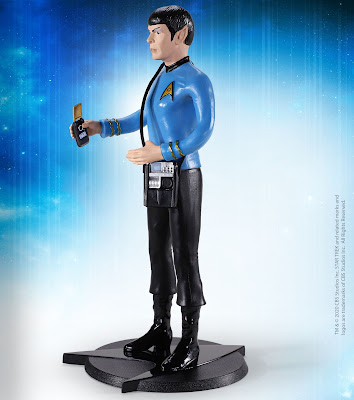 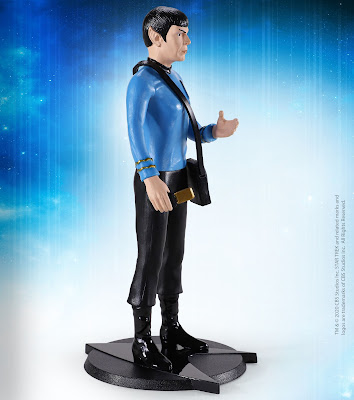 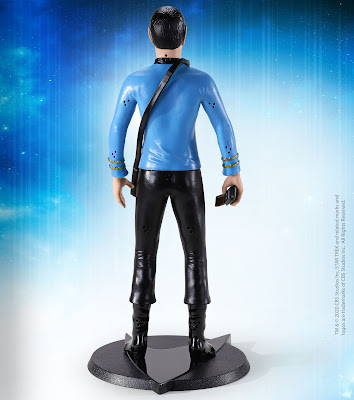 Captain Kirk also has a communicator, along with a phaser: 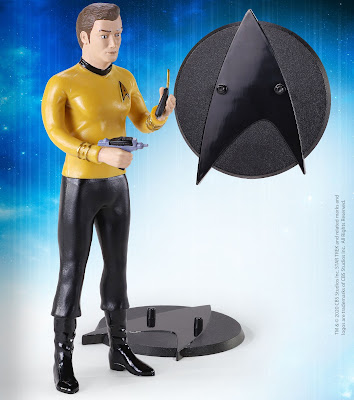 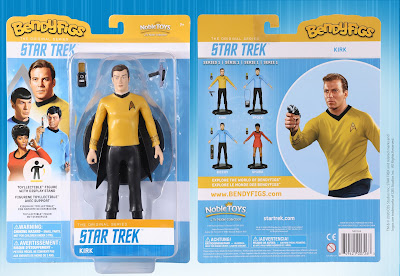 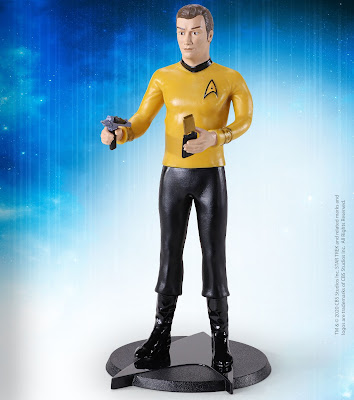 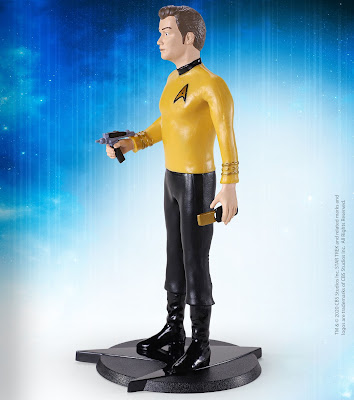 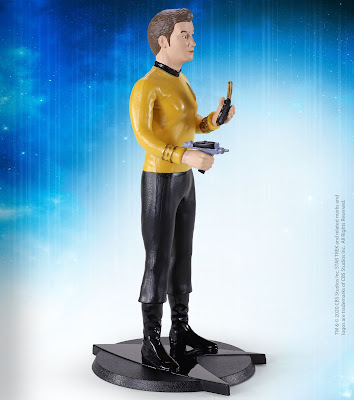 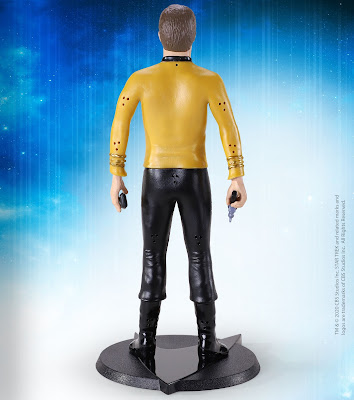 Doctor McCoy gets an entire med-kit (in one piece), plus another communicator: 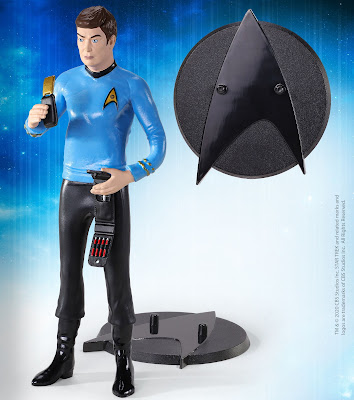 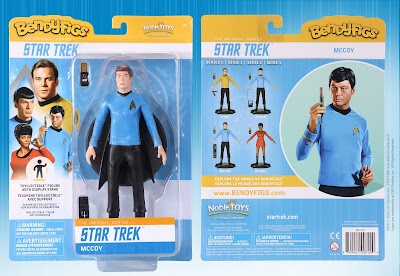 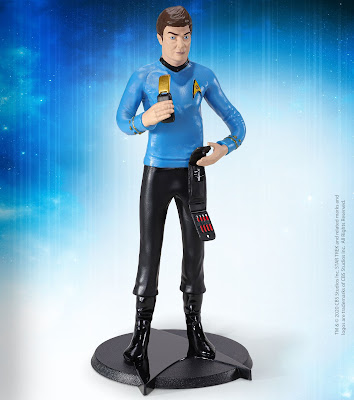 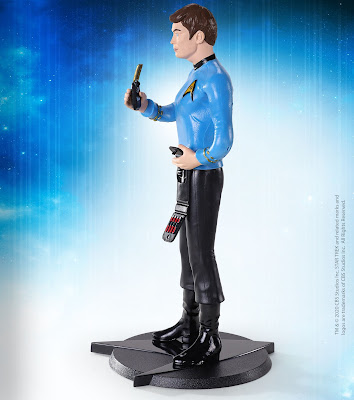 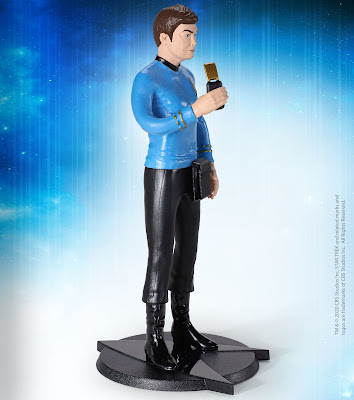 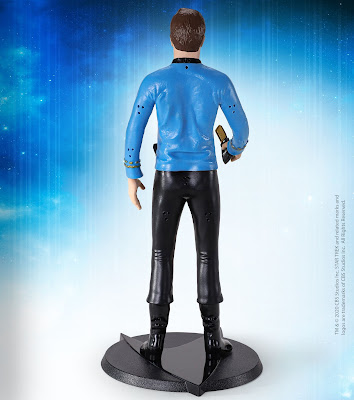 And finally Uhura is all out for coms, as she too comes with a communicator. She doesn't have a second loose accessory, but does have an earpiece attached to her head already (I imagine the separate part for her skirt might have used up her parts allocation?). 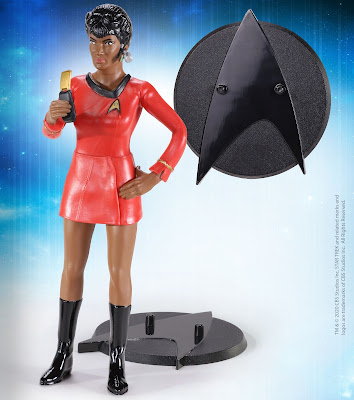 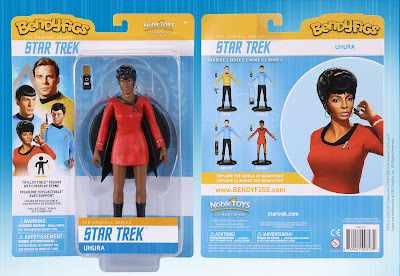 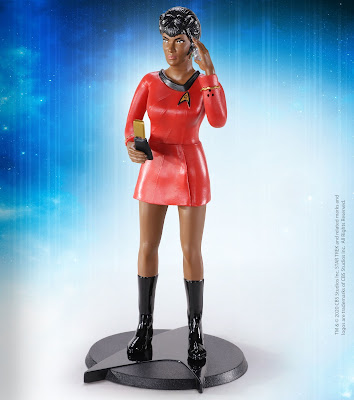 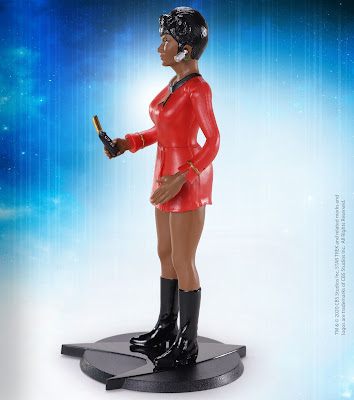 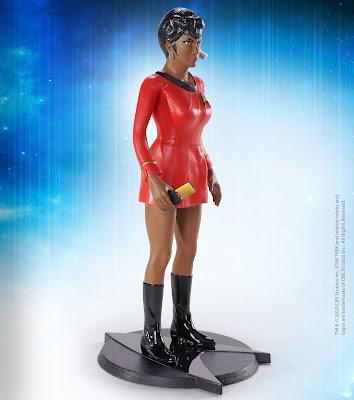 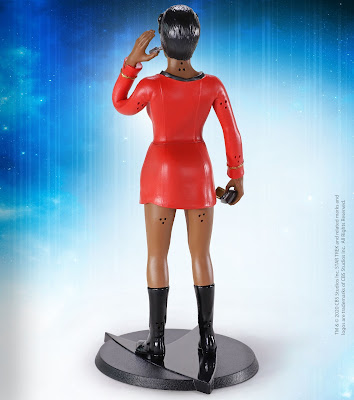 All four are currently up for pre-order direct from The Noble Collection website, alongside characters in the range from other franchises, including Universal Monsters, DC Comics, Lord of the Rings, and Harry Potter. They're currently anticipating December releases.
This is the second launch of Star Trek products so far from The Noble Collection, who just recently kicked off their time with the Star Trek license with a rather attractive tridimensional chess set.
And these are at least the third time Star Trek has found itself a bit bendy. Previous ranges of bendy Star Trek figures include NJ Croce's TOS and TNG characters(ad) just a couple of years ago, and Equity's selection of Star Trek aliens with oversized heads(ad) a couple of decades back. Alas neither range is the same scale as this new assortment, so you won't naturally be able to expand your bendy crews out!