Check out the new Star Trek train sets from Lionel 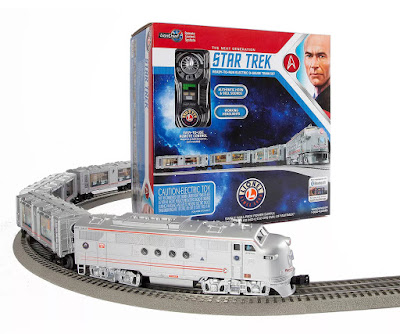 Lionel's new Star Trek O gauge train sets have arrived, and to mark their release Lionel have released loads of new images, and even a video of the main set in action.
The centrepiece of their range is the Star Trek: The Next Generation Lionchief Set(ad), which included an Enterprise-D themed locomotive with three carriages, each representing a different room on the ship (sickbay, a holodeck, and Ten Forward). The holodeck carriage includes a simulation feature which animates the image of the interior, in a rather meta fashion showing a train running inside the holodeck!
All this comes with Star Trek and train sound effects, lighting, and a set of tracks to run it around. Plus a remote, although you can also control it via a bluetooth app. You can see it in action in this video they've released:


They've also released lots of additional images of the set now, showing off all the details, and the lighting scheme: 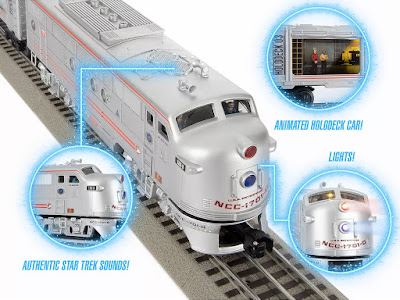 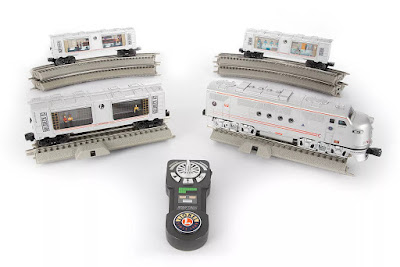 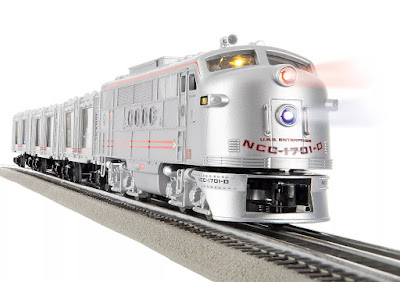 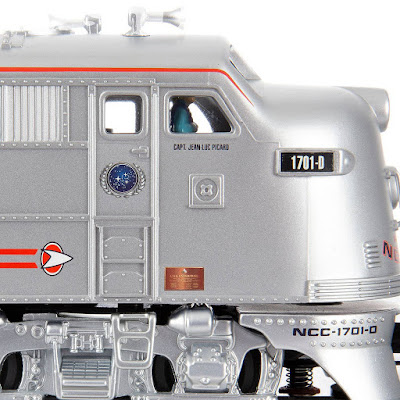 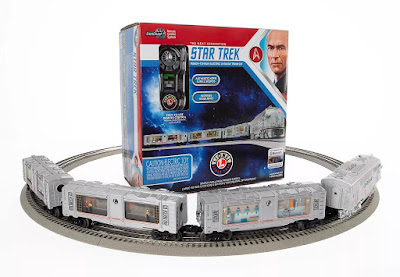 In addition to the main set there are some additional Star Trek themed rolling stock, which personally I think are the most fun, as some of them add a bit of quasi-realistic Star Trek flavour to any train you like. Lionel haven't released any new images of these since their announcement of the range earlier in the year, but Ebay sellers have at least photographed most of them, to give us a look at the final product and packaging.
This is the Romulan ale tank car(ad), which has real blue liquid within it:

There's a carriage full of tribbles(ad), which has a simulated interior effect:

And then a bit less playfully, there are carriages themed on Captain Kirk(ad) and Captain Picard(ad) and their respective Enterprises and iconography of their eras. 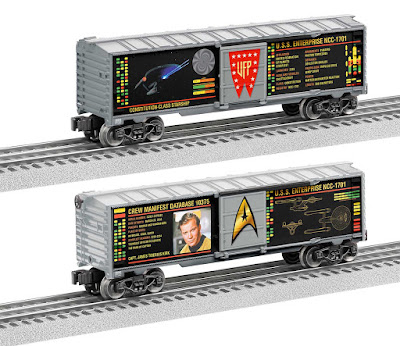 The Picard car is the only one I've not managed to find a packaging image of: 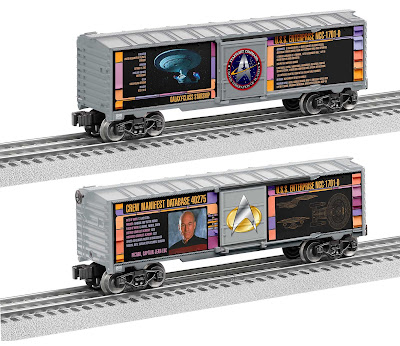 To keep track of all the latest Star Trek toy releases, hit the "models, toys, and games" button on my 2020 and 2021 schedule page. Or check back through my toys tag for my latest reports.