This week Discovery season three continues with the provocatively titled Unification III, and as ever CBS have released an assortment of preview video and images to tease the new episode. I've also got my usual round-up of all the latest other Disco updates and behind the scenes; which this week includes a look at Orion, Cardassian, and Andorian alien prosthetics, yet more Grudge the cat love, some nice new images of the 32nd century Starfleet ships, Reno's thoughts on the Disco-refit, and a wild west poster! Continue below to check out all that and more.

First up though, here's the blurb and trailer for Unification III (trailer also on StarTrek.com if you prefer):

While grappling with the fallout of her recent actions, and what her future might hold, Burnham agrees to represent the Federation in an intense debate about the release of politically sensitive – but highly valuable – Burn data.


CBS have been pretty cagey about pre-release images for this episode, with just five put all, all focused on the Disco crew: 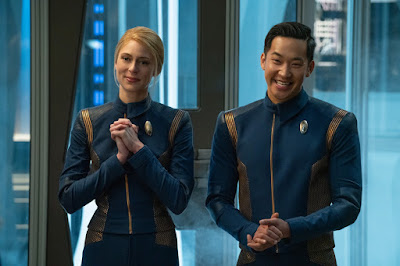 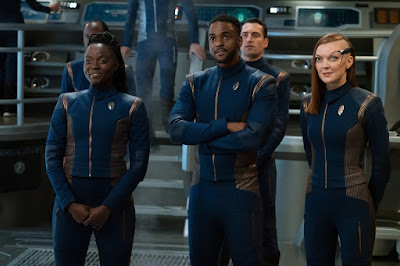 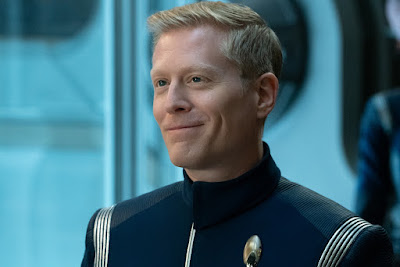 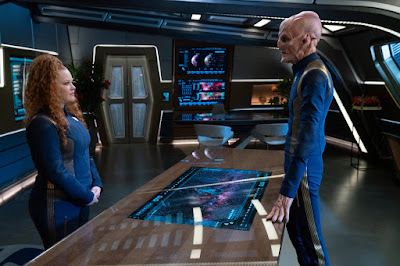 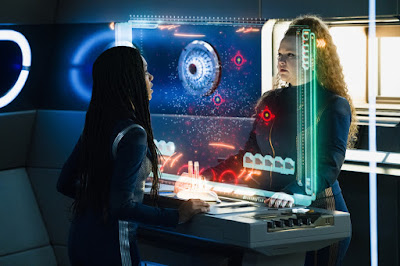 As ever, there's also a clip from the episode found at the end of last week's episode of The Ready Room. The episode otherwise has a featurette on the making last week's Scavengers, and another looking at new props, plus a great interview with Star Trek creature designer Neville Page - You can also watch on StarTrek.com, YouTube, and Facebook, if you prefer to Instagram below:

CBS have released just a couple of behind the scenes photos for Scavengers so far: 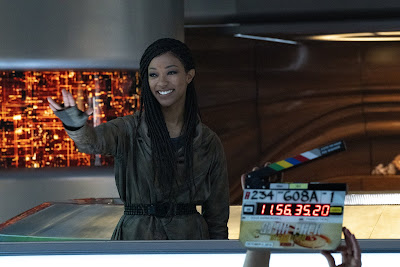 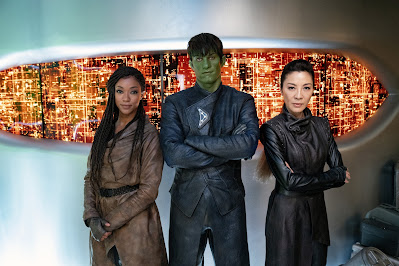 Additionally Orion actor for the episode, Ian Lake, shared this video of him being transformers into Tolor:

As requested!! Here’s a time lapse of getting into and out of the Tolor look for ep 306. Approx 3hrs of makeup by this ridiculous Emmy winning prosthetics team ft: Hugo Villaseñor and Chris Bridges, and topped off by the amazing wig by Ryan Reed. @startrekcbs #StarTrekDiscovery pic.twitter.com/93J7P3m6ag


Another Orion, played by Jake Michaels, also shared another look at his make-up from earlier in the season:

Another actor, Jón Viðar Arnþórsson, shared a photo and video, giving us a great look at the new Cardassian make-up: 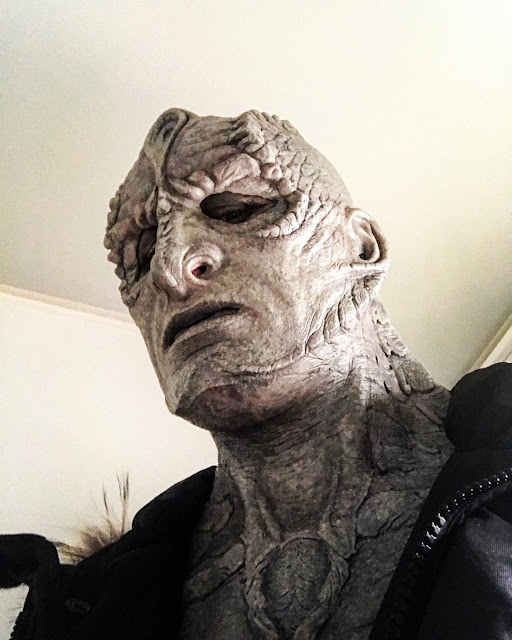 But by far the most enthusiastic actor celebrating their appearance in the show though is definitely Noah Averbach-Katz, whole played the Andorian Ryn (and also happens to be married to Mary Wiseman, aka Tilly). Here he is becoming an Andorian: 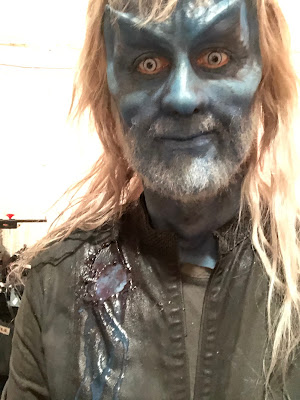 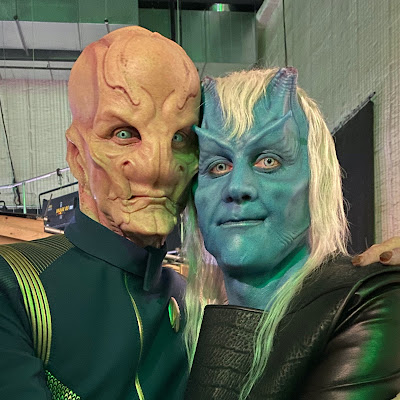 This rather curious moment giving a My Little Pony to director Doug Aarniokoski, also shows of his costume: 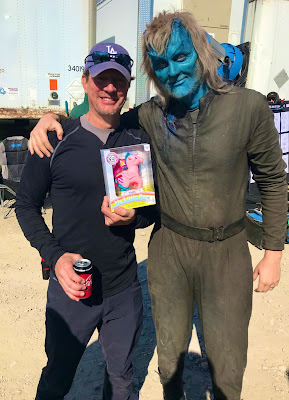 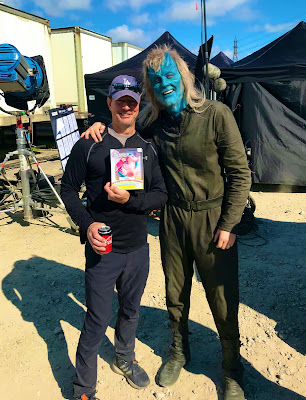 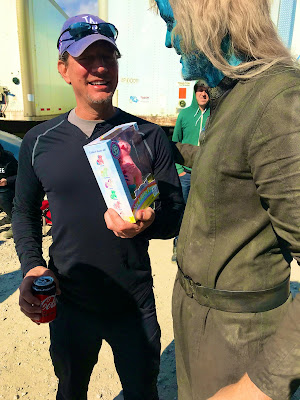 In this great set, he gives us a little tour of the sometimes quite funny reclamation props: 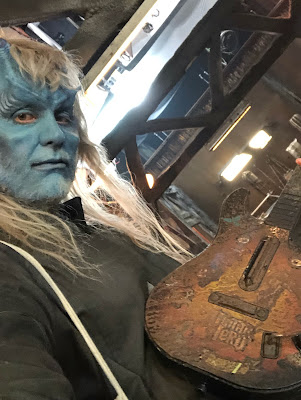 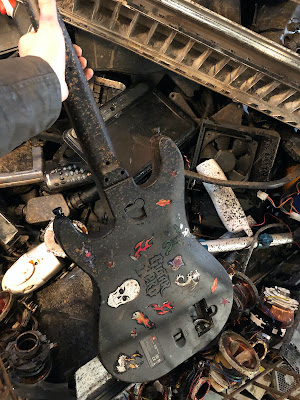 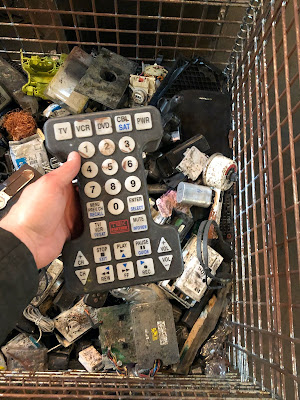 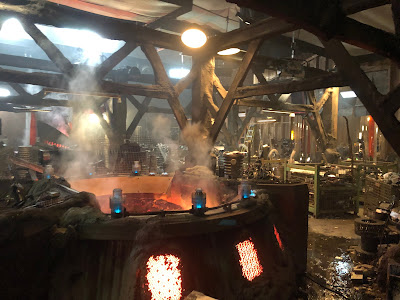 He also celebrated working alongside David Ajala, and shared a picture of him with Grudge:

I can’t even begin to describe how amazing it was working with @iamDavidAjala. He made every moment feel absolutely real and was an incredible leader. I owe so much of my performance to him. 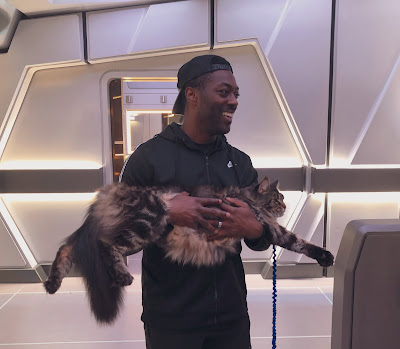 And there's also this moment with Mary Wiseman:

Don't get it twisted: @may_wise  is absolutely a cat person, and Tilly might not like it but her chemistry with @Grudge_Cat is powerful. 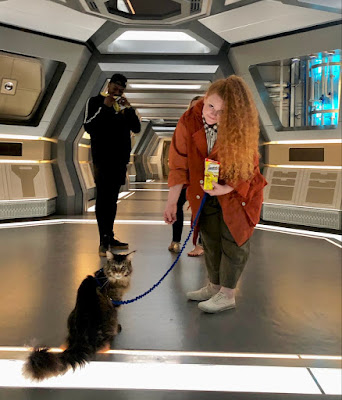 Of course Grudge is perfectly capable of showing herself of, as seen in these on-set photos recently shared on Grudge's Twitter: 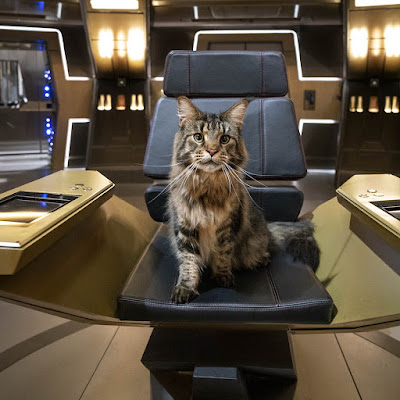 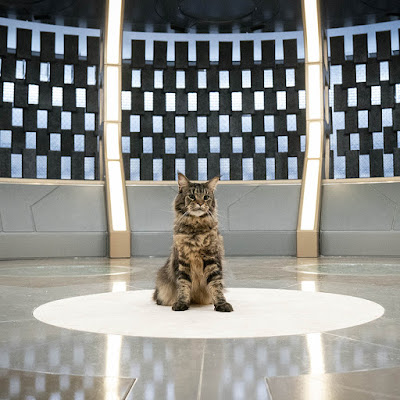 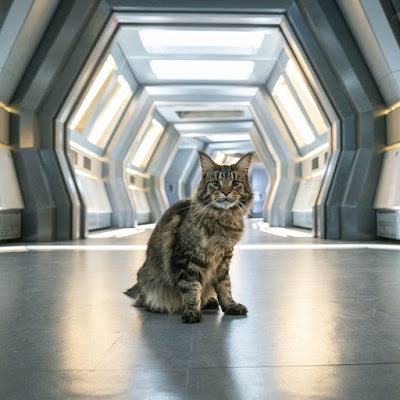 In a completely different bit of behind the scenes, FX Guide have done a great article looking at the visual effects in the season so far, with many example videos showing how different scenes were composited - A really interesting look at how the show is made, give it a read! Those videos include two shots of Starfleet HQ, which mid-composite gives us a great look at the 32nd century Starfleet ships without the USS Discovery and flares in the way!

Another nice clear image of the future fleet comes via the Star Trek Logs Instagram, which this week featured a nice look at the refit Discovery-A, plus Jet Reno's log reporting on the refit process:

Here's another bit of fun Disco social media, a concept for another in the posters that have been put out along with the series; going all out for Far From Home being a western. Alas CBS didn't select this for wider use, but it was shared by designer Chris Gallipoli: 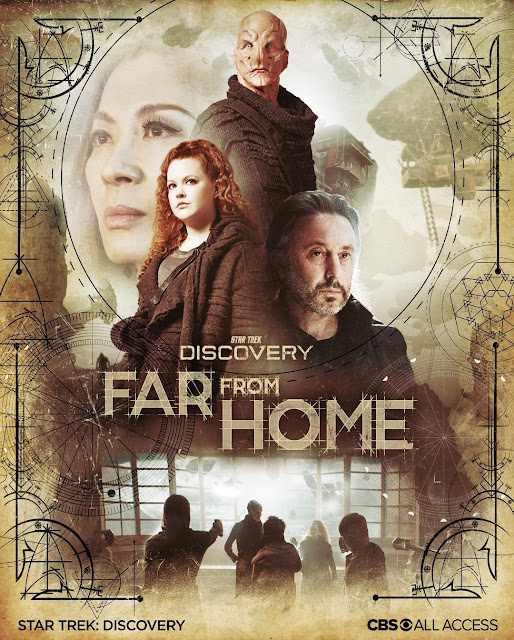 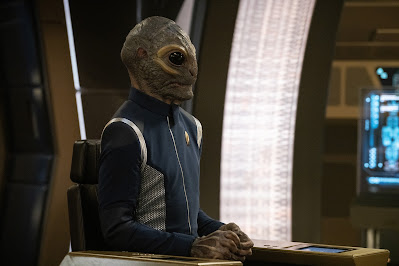 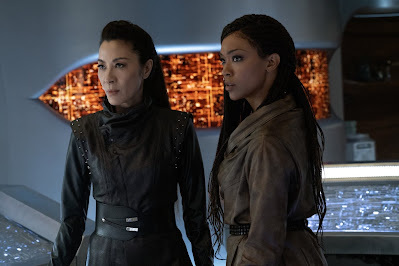 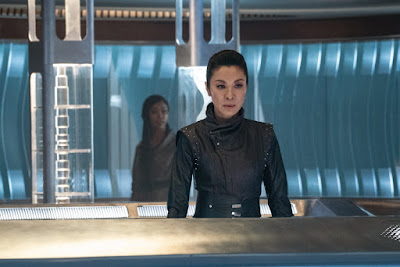 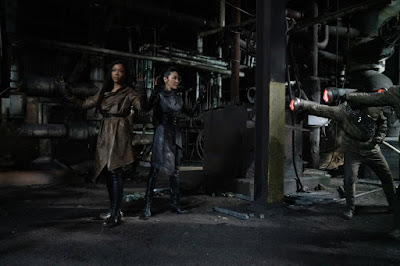 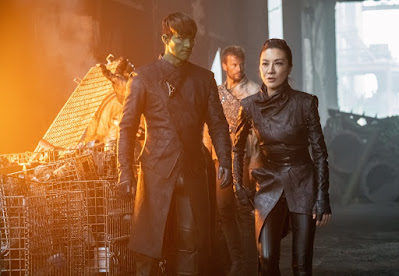 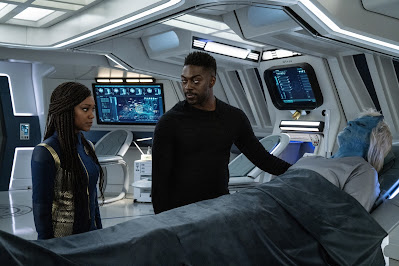 Alongside with previous seasons, the series can be found on CBS All Access(ad) in the US, and Bell Media services in Canada, and Netflix in almost all of the rest of the world (barring a few countries where Netflix doesn't work).

To keep track of all the latest Discovery news, have a look back through my Discovery tag, for previews, behind the scenes, tie-in fiction, and other merchandise updates.