Last year VR Studios and Strange Lizard created Star Trek: Dark Remnant, a VR game available at Dave and Buster's locations in the US. Set in the Kelvin timeline the games features the USS Enterprise and a Klingon battle cruiser, but also a brand new ship, a small "advanced stellar research vessel", the USS Galileo. The unique ship features a bridge inside a large window/forcefield bubble, giving players wide unobstructed views of the action unfolding around them in the game. Several of the artists who worked on the ship have shared their work online, so we can get a good look at this unique and obscure design.

Most of the artwork here was shared by Paul Jouard, who also credits Andrian Luchian and MuYoung Kim, who provided blockout models and concept sketches respectively. These first two Jouard notes as being the final paintovers: 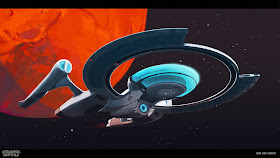 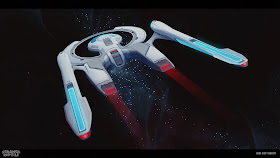 These couple are from Andrian Luchian, are presumably the blockout models Jouard refers to.

These are noted by Jouard as the final sketches. Note the tiny person inside the bridge capsule, giving an idea of scale: 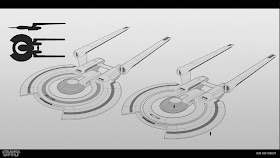 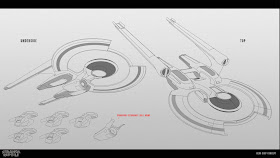 And here are some earlier concepts, showing the many different configurations considered. It Seems the central dome was well established early on, but many other arrangements were considered for the rest of the ship: 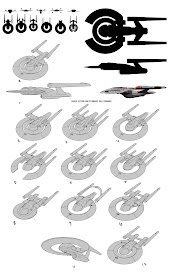 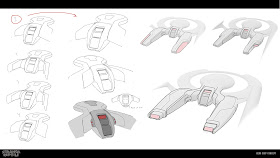 Jouard also shared this concept for the unique four-person bridge console on the ship, of course designed around the capacity of the gaming system int he real world: 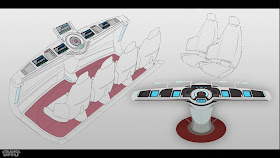 We can get a clearer idea of how the bridge works thanks to Jorge Almeida, who worked on the user interfaces for the game. He has shared a large collection of that work, including views out from the bridge, which again is very unique thanks to that four person arrangement and the vast viewscreen/window:

Other interface screens give us further views of the ship: 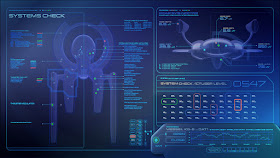 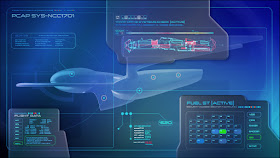 You can see a lot more of Almeida interface designs, including some animated ones, on his website. The other artists involved don't have much else from this Star Trek project, but you will find some pretty cool Star Trek fan art, and plenty of other sci-fi projects, on their ArtStation portfolios. Check them out: Paul Jouard, Andrian Luchian, and MuYoung Kim.

To find out more about the game, see my earlier report. And if you're in the US, check out Dave and Buster's website to find your way to the nearest place to play.