Hallmark have released lots of new images of this year's range of Keepsake Christmas decorations, including of course all the Star Trek pieces in the collection. This year the Star Trek offering is going in a completely new direction; instead of franchise-spanning assortment of ships, figurines, and small scenes we've grown accustomed to in recent years, this time everything is one theme, all inspired by the original mirror universe episode Mirror, Mirror; and they're all interactive!

As part of Hallmark's Storytellers range all the pieces this year, and over the next couple of years too, interact with each other to tell the story from the episode; with every decoration featuring light and sound functions. Which characters you get will determine which bits of dialogue are activated when they start playing off of each other (you'll need to get a seperate Hallmark's Keepsake Power Cord to power and connect them all). As the collection expands over the next few years you should be able to build ever more elaborate "performances".

The highlight of this initial wave is the impressive USS Enterprise tree topper, which sits upon a pyramid of Starfleet deltas, which illuminate, and form a base for further upward lighting of the ship. The ship itself also has lit parts. This piece does include its own power adapter, and also comes with a remote (also delta shaped) to activate the performance (or you can press a button on the ship itself). On it's own it plays the Star Trek theme music, and if connected to the other Storytellers it starts telling the story too. Jake Angell is credited as the designer of this decoration: 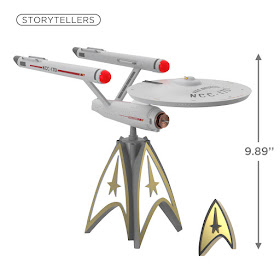 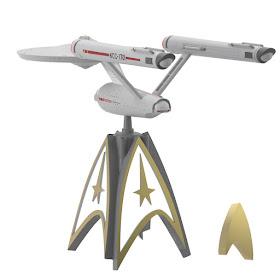 For hanging from the tree there are three character figurines, which all stand upon illuminated bases. Here's mirror-Uhura: 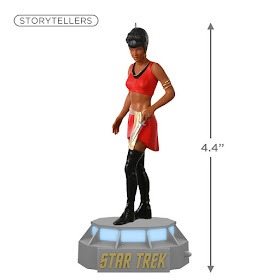 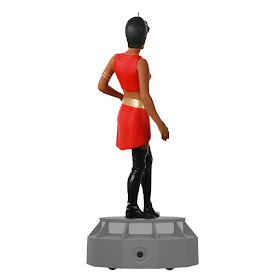 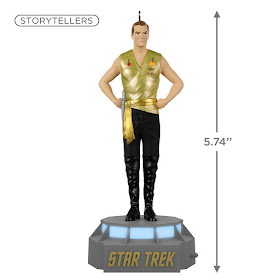 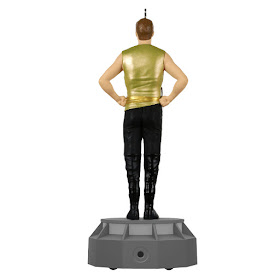 And Sulu (who is of course the only actual mirror universe character in this initial wave, the others are prime-people in disguise): 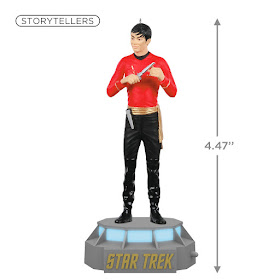 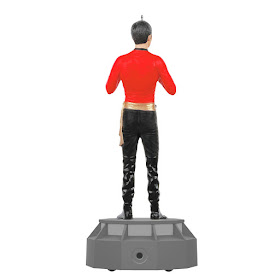 These are all available to browse and add to wishlists, with an expected July release for most, although for some reason Uhura isn't coming until October. If you click on the links above to Hallmark's listings you can also find a video showing how the Storytellers functions work. Meanwhile, here's what they look like on a tree: 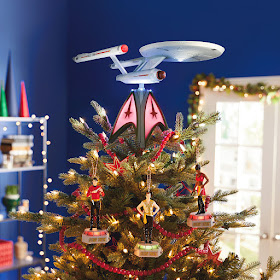 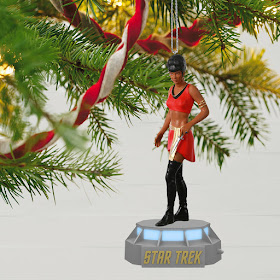 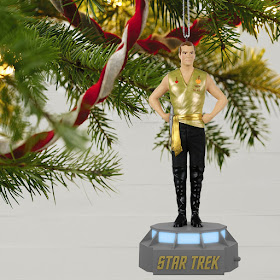 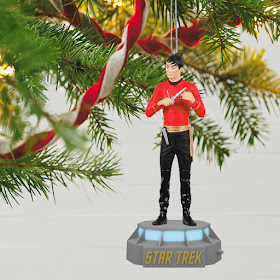 There is one further Star Trek Keepsake this year, which isn't part of the Storytellers range, a convention exclusive tribble. This is very similar to last year's tribble decoration, but now offered in a new colour. These were meant to be offered at the Emerald City Comic Con, Planet Comicon, San Diego Comic-Con, Star Trek Las Vegas and New York Comic Con, but of course some of these have already been delayed by the Covid-19 pandemic, and others will undoubtedly also be cancelled or rescheduled - Which probably just means we'll all have a better chance of getting any left over stock online later! 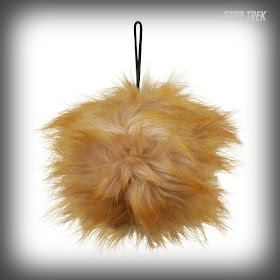 For a look back at previous Hallmark Star Trek Keepsakes, see my Trek Collective List.