Lovarzi have been making stylish geek-infused Star Trek winter wear for a little while now, and have just revealed their latest designs, which include several taking inspiration from the Discovery uniforms, pus some new TOS and TNG pieces. Continue below to check them out:

My favourite from the new range is this Discovery delta patterned scarf, which is a really good example of Lovarzi's perfect balance of design; taking icons and design influences from the series, and using them in a way that celebrates them while still looking like everyday clothes (rather than some novelty on-the-nose print). The pattern in Disco uniform colours is accented here with a Starfleet Command patch. 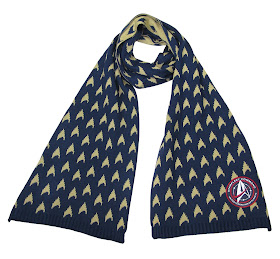 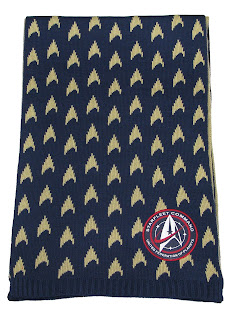 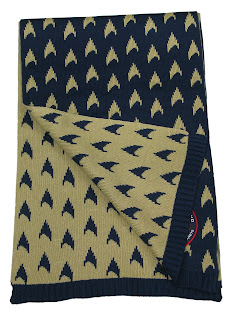 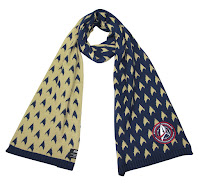 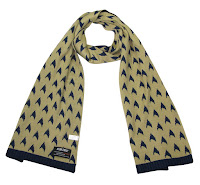 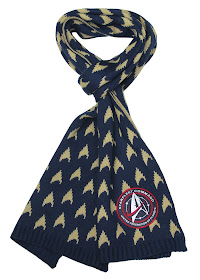 There's a matching hat to go with the scarf, with a pom-pom in the same colours, and a United Federation of Planets patch. 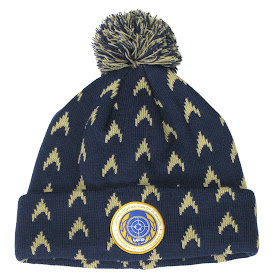 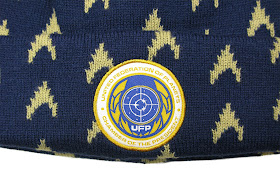 Another scarf draws even more directly from the uniform design, taking the side panel elements and reimagining them in scarf form, complete with woven in insignia badge. 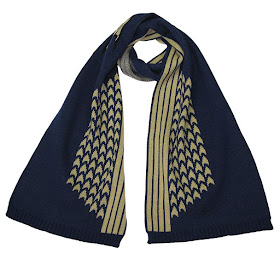 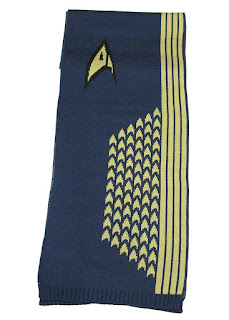 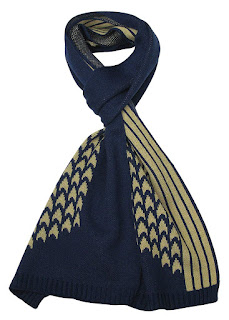 And there's a matching hat for this too, adapting the uniform design more imaginatively to make it work as a hat; using the banding very effectively. 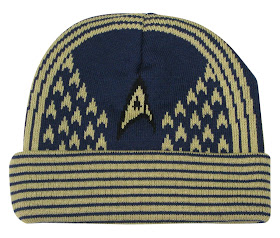 Also drawing inspiration from uniforms is this new TNG scarf, which features bands of the department colours, with rows of rank pips, and black sections in the distinctive TNG uniform shape. This scarf also has a Starfleet Command patch. 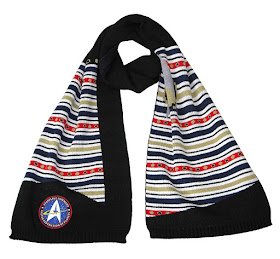 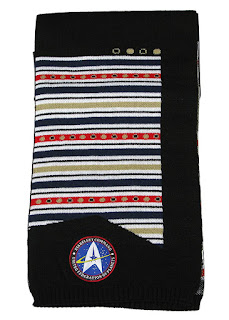 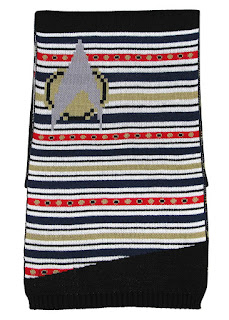 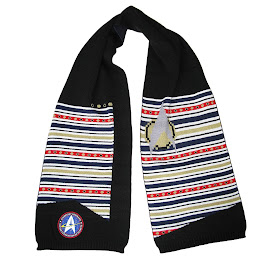 Finally there's also a new TOS design, which is a rather more festive affair, featuring the USS Enterprise, Starfleet deltas, and the text "To Boldly Go" among Christmas trees and snowflakes. 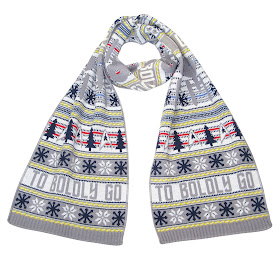 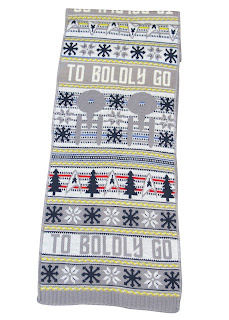 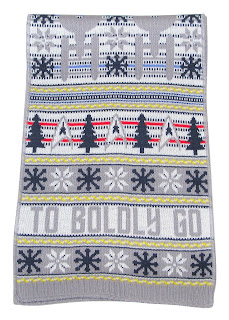 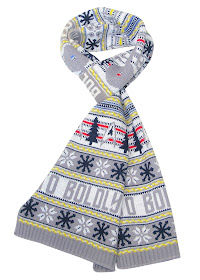 These latest designs join Lovarzi's previous Star Trek hats, scarves, and umbrellas, many of which are still on the market. My scarf of choice is a previous Lovarzi Star Trek design and I wholeheartedly recommend them; it's cosy and warm, and really fun to have that subtle flash of Star Trek about you.