The many people who help bring Star Trek to life often share their work with the wider world, given us a great insight into their process and designs. Today let's take a look at some of the latest starship focused art from the makers of Discovery:

First up, from the distant future Short Treks episode Calypso we have a welcome close up look at the V'draysh escape pod. This was shared by modeller Kelvin Tam on their Art Station portfolio, who commented:


Was fun working on this vehicle, because I got to do most of the designs. I even tried to figure out the pod door opening with some keyframe animation but never got in the final cut. 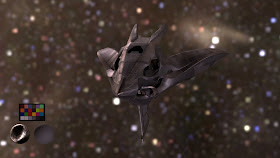 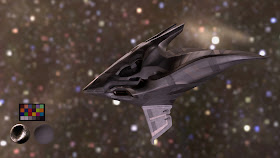 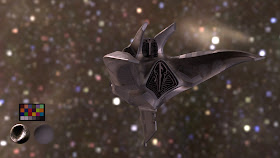 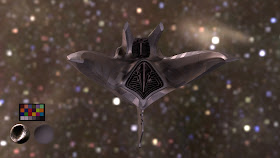 Via motion graphics designer Timothy Peel (on Twitter) we get a nice clear view of the schematic of the Section 31 Headquarters starbase: 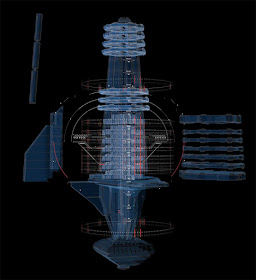 From earlier in season two, storyboard artist Rob McCallum (via Twitter) worked on this dazzling piece from the asteroid mission in Brother: 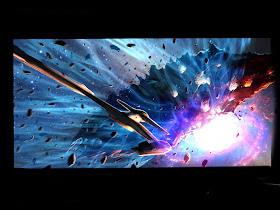 And better yet, shared a time lapse of how it was made:

And if you're interested in the process, McCallam also shared these roughs for the same scene:

Also from McCallam, I assume this piece is of the USS Hiawatha crash site: 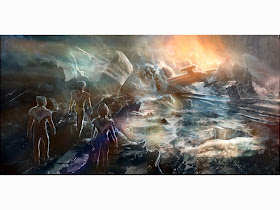 And then from much further back, here's the Shenzhou making its debut in The Vulcan Hello, also by McCallam:

Chris Penna also features the Shenzhou, albie the ISS version, in this artwork featuring the ship and a shuttle over Harlak, from the start of Vaulting Ambition. You can see a whole load more Disco art on Penna's portfolio. 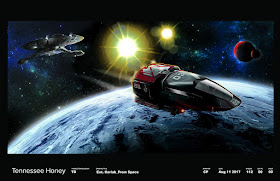 Modeller Pierre Drolet, who has been working on Trek for many years through various productions often shares his work (lately on ArtStation), including recently lots of ships he worked on for Discovery. Here are some new views he's rendered of the USS Shenzhou model:

And some nice details (pre-textures) of one of my favourite Disco designs, the Klindon raider: 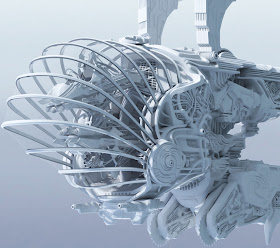 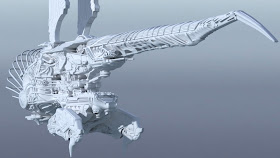 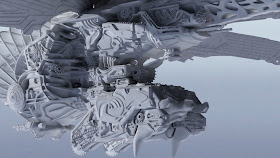 The Klingon cleave ship in detail too: 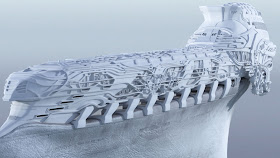 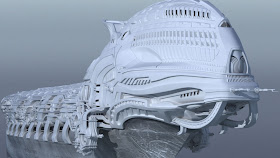 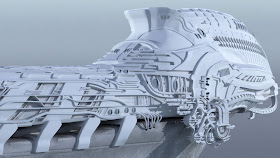 And a good look at the models for much of the rest of the Klingon fleet: 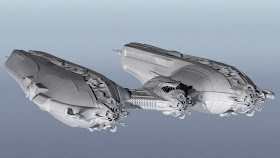 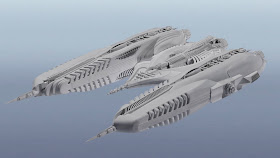 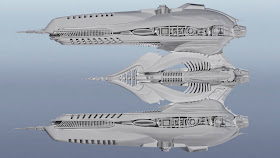 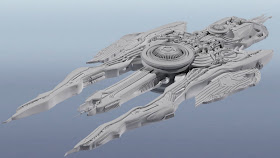 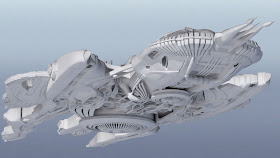 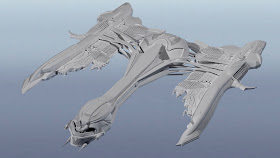 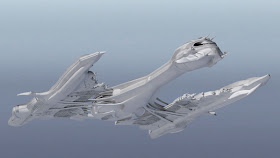 Finally the ultimate Klingon ship is featured in this beautiful (and kind of spooky) digital matte painting of the Klingon Sarcophagus ship on Qo'noS. The artist, Mujia Liao, shared it on ArtStation, and if you check out the original post you can also see a closer cropped detail with tiny figures for scale! 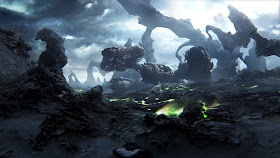 If you love your starship art, you should definitely check out the recent Discovery Designing Starships book, which goes into great detail on every ship in season one! There's also a broader Art of Star Trek Discovery book on the way next year which I'm very much looking forward to! In the mean time, be sure to explore through my behind the scenes and concept art tags for lots more coverage of this sort of stuff.