Darkside Collectibles Studio have revealed an impressive new Star Trek release, a 1/3 scale Spock statue! Specifically Captain Spock, as seen in The Wrath of Khan. That scale makes for a whopping 65.5cm tall statue, which stands on a 29.5cm diameter Starfleet logo base. Made from polystone Captain Spock weighs in at 15kg. To stir your Federation patriotism for this hero of Starfleet, the statue also comes with a seperate Federation flag, which itself stands 81cm tall.

Darkside Collectibles are taking orders for this now, with an expected delivery in October 2020. They also have an exclusive variant, with a live long and prosper hand. Continue below to check out that, and lots of images of the regular release too:

So here's a look at the details: 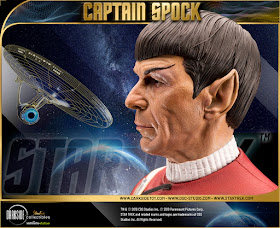 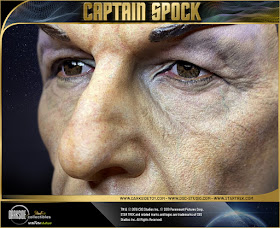 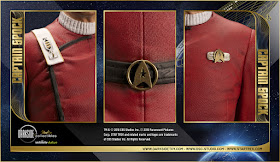 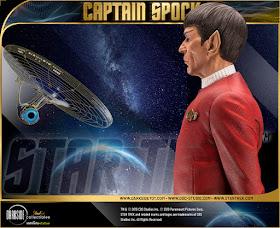 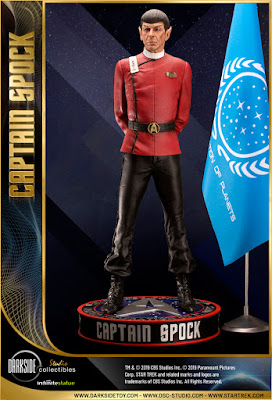 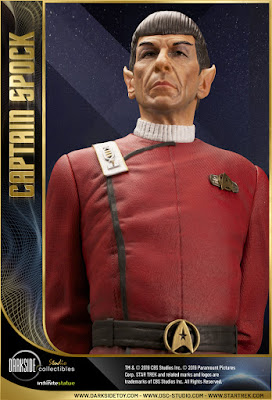 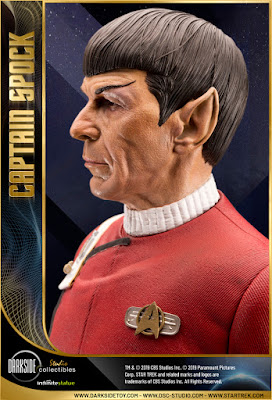 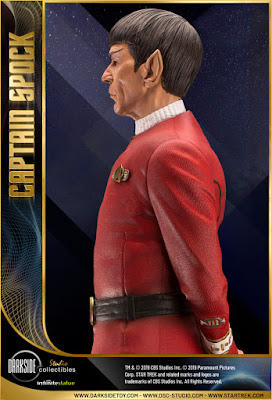 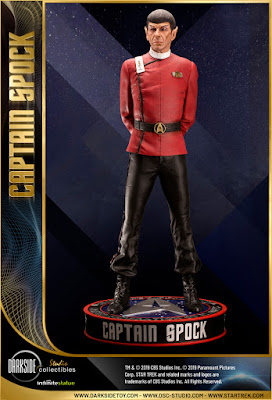 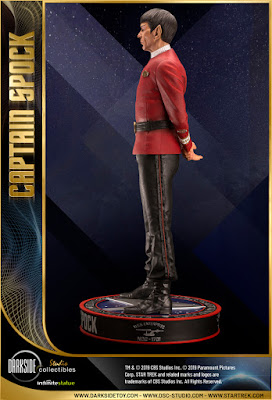 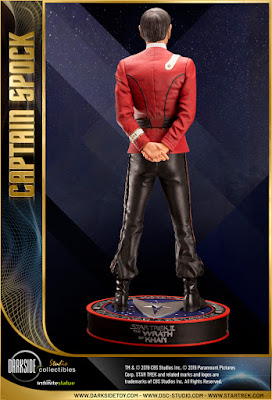 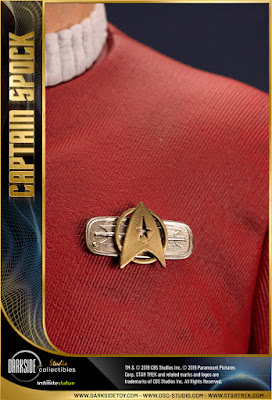 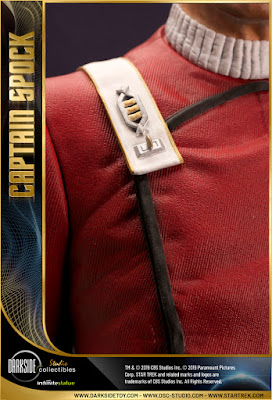 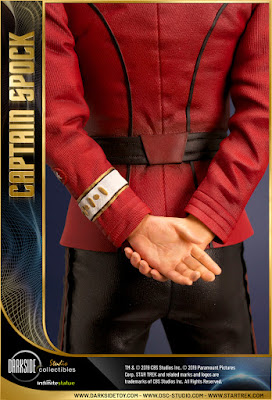 A close look at the base: 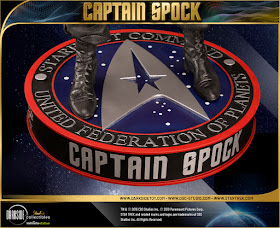 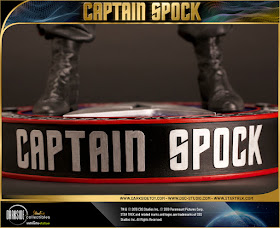 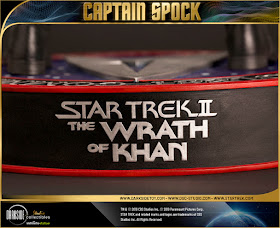 If you order from Darkside Collectibles you can choose to get their exclusive variant, which comes with an additional arm! This gives Spock an alternate Live Long and Prosper hand, and presumably swaps out quite easily as the regular behind-back arm seems to be included too. It's the same (not tiny) price as the regular version, so might as well get this one? 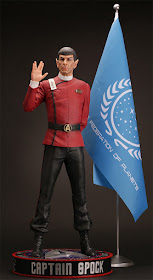 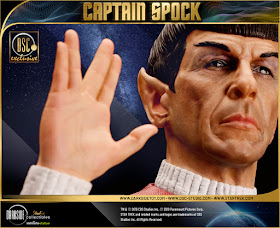 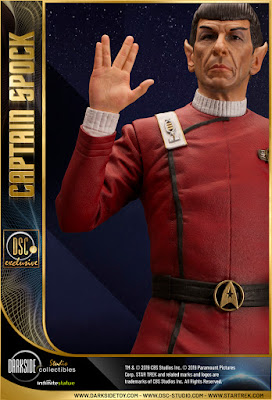 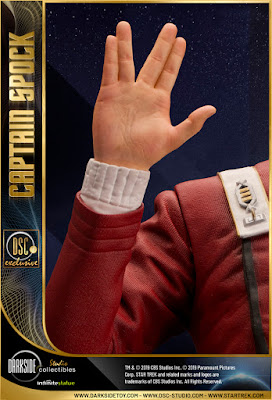 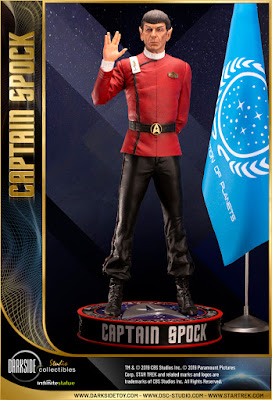