Is your dog a trekkie? Well good news, the Star Trek Shop has just launched a big new range of Star Trek stuff for pets, drawing inspiration from Picard, TNG, and TOS. Continue below to check it all out, plus some new pet costumes from Rubies. But first, here's a treat for your fish!

Something Star Trek loving fish have surely been waiting for all their lives (or at least the last 10 seconds), Pet Ting have released a fish tank ornament of the refit USS Enterprise, complete with ship-wrecked style damage and coral mottling! 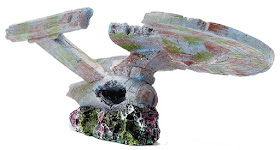 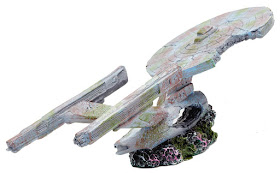 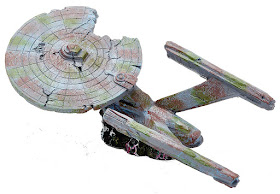 Pet Ting seem to be UK based, and alas don't yet have any other Star Trek items, but do have several Star Wars pieces.

Meanwhile, most of the other new pet stuff is for the furry four-legged types. Among the Star Trek Shop's range there are several Picard inspired pieces in this range, but surprisingly only one of them reference's Picard's dog, No.1, this treat jar - You'd think at least they'd do a replica collar! 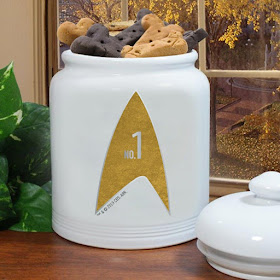 Another treat jar features some TNG style signage and personalisable text, something a lot of Star Trek Shop products are offering lately, including several items in this range. 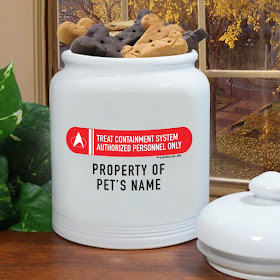 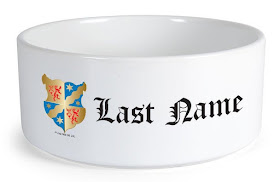 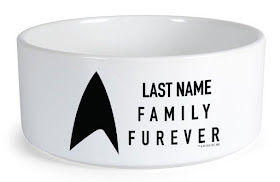 And then there's a whole load more bowls, based on the TNG and TOS uniforms: 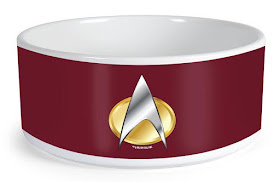 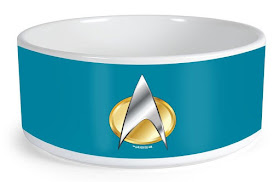 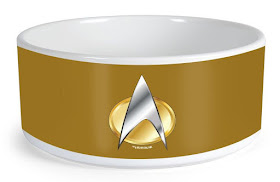 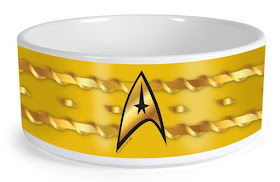 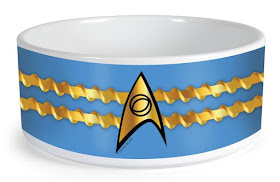 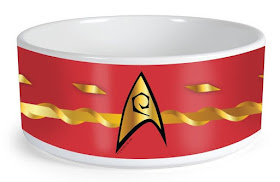 In the same vein there are lots of pet bandanas (is that a thing??) also styled after the uniforms, or with the same sort of Picard inspired personalisable designs. 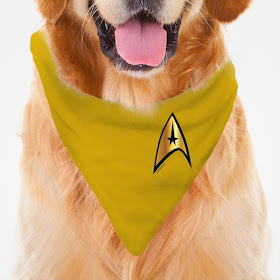 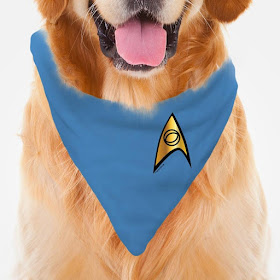 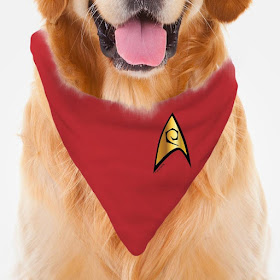 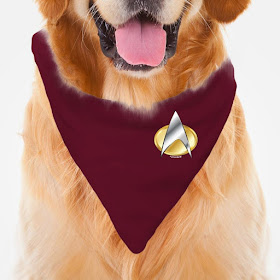 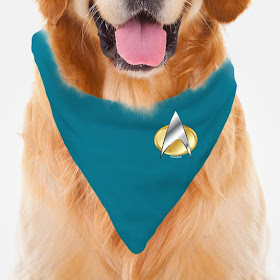 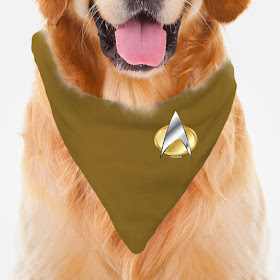 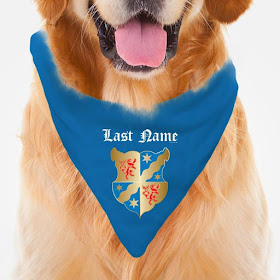 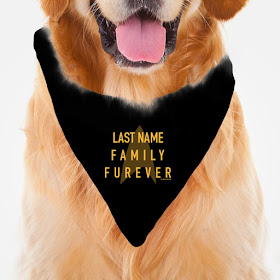 Finally there are a couple of pet beds, featuring a Starfleet delta print, in either yellow and black, or two tones of yellow. These come in different sizes to suit different animals, each available at either 28x18, 40x30, or 50x40 inches. 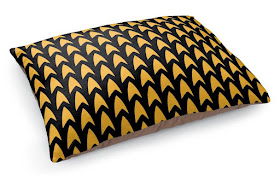 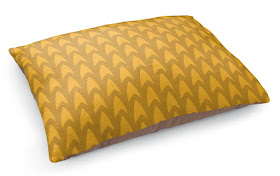 As well as the Star Trek Shop, a couple of further pet items were released a while back by Rubie's who we know well as costumers for humans, but have now released a couple for pets too! Available are uniforms (and ears!) to dress up your pet as Spock or Captain Kirk, both available in multiple sizes: 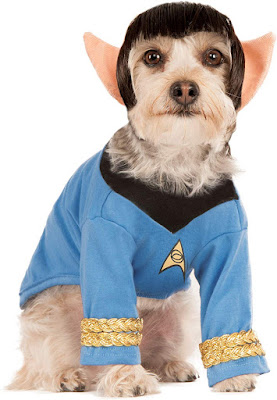 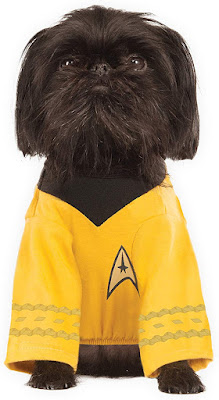 And if that's not enough to keep your pets occupied, check out the huge range The Coop released a few years ago, which includes collars, costumes, toys, and more.