Out this week is the first issue in IDW's big new TOS comic series, Year Five, which will chart the final missions of the TV era TOS crew.

A rolling team of creatives are bringing this series to life, with this first Tholian-focused story in the series brought to us by writers Jackson Lanzing and Collin Kelly, and artist Stephen Thompson.

The first book in the series is offered in no less than five different covers! Three of those come from Greg Hildebrandt, including the splashing colourful A cover. A sketch variant is offered as a retail incentive, and another monotone edition will be a convention exclusive. Another retail incentive cover comes from J.J. Lendl, the first in a series of retro poster style pieces that will be offered for the series; this first one rather ingenious turns Spock and Kirk's shirts into a Tholian head! Finally Diamond have their own retail exclusive photo cover, using a classic TOS promo photo.

Continue below to check out all those covers, and a five page preview: 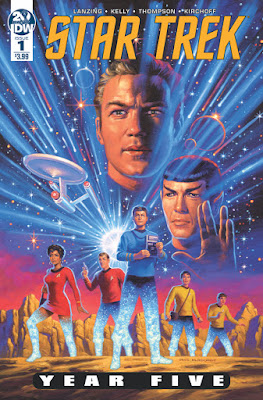 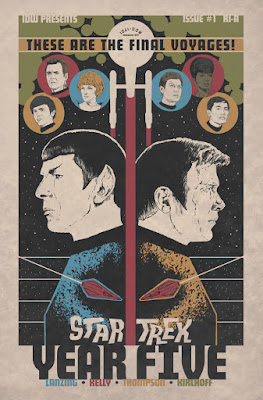 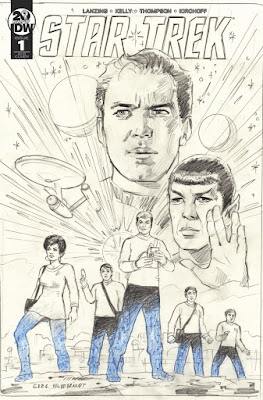 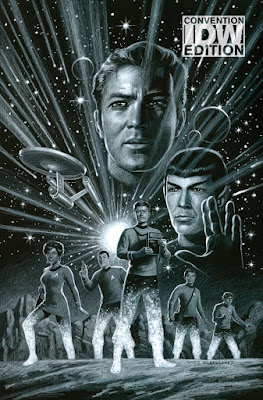 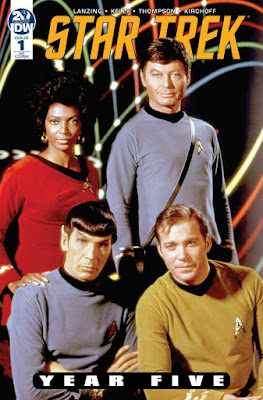 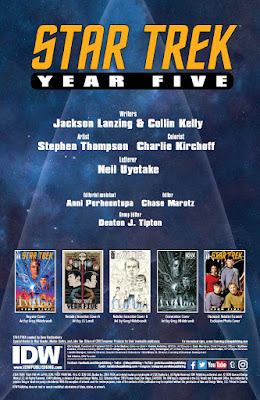 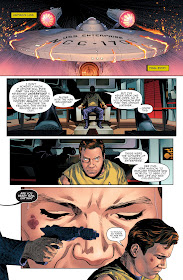 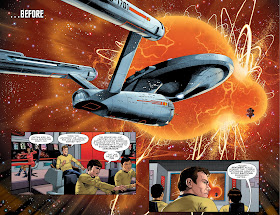 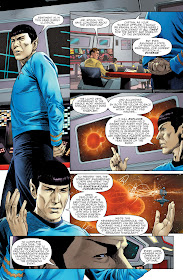 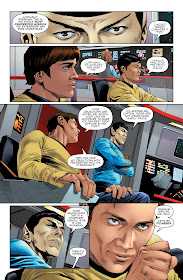 You can continue reading the rest of the book by picking up a copy at your local comic book shop, or from online retailers like these: Amazon, Things From Another World, Forbidden Planet, Barnes and Noble, iTunes.