IDW have announced details of their return to Discovery comics, with a new miniseries, Aftermath, set to start in August. The three issue story promises to pick up some of the threads from the finale of Discovery season two, and explore Spock's past:


This riveting new comic book [...] reunites co-writers Kirsten Beyer, Mike Johnson, and artist Tony Shasteen [...] for a storyline focused prominently on Spock. In the aftermath of the 2019 finale, everything in Discovery has changed, and as L’Rell and Pike try to negotiate a fragile peace, Spock finds himself grappling with the fallout from what happened with Michael Burnham – and the mysteries about her still left to unravel.

Here's some promo art for the series: 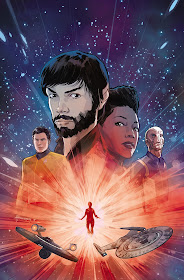 Tony Shasteen is returning to Trek for this book, and posted a snippet of Pike art to announce that: 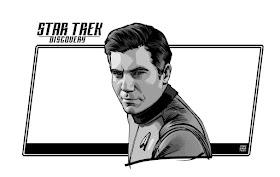