Out this week is IDW's 2019 Waypoint Special, which brings the quirky anthology series back with some enjoyable new era-spanning stories. Included in this issue are:
It's an enjoyable collection which explores some interesting corners of the Trekverse. I particularly enjoyed the imaginative world featured in The Swift Spoke.

The book has just one cover, from Stephen Mooney. Continue below to check out a more generous than usual six page preview! 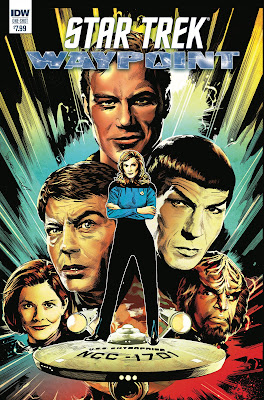 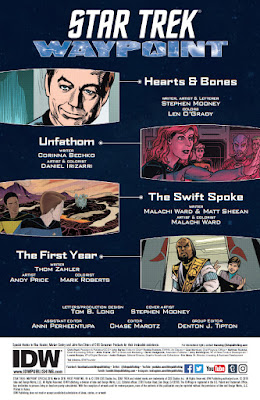 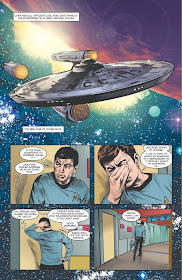 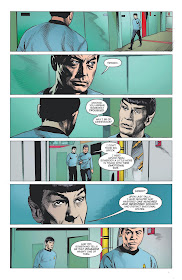 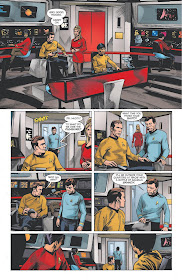 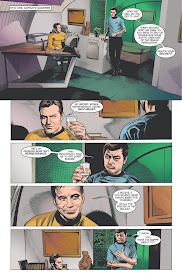 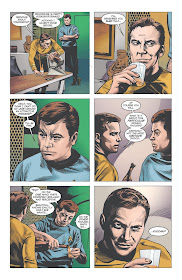 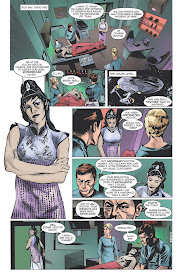 A further preview of the book has been shared by one of the issue's artists, Malachi Ward, who introduced her new alien designs for the Voyager prequel: 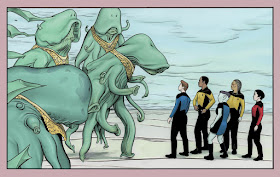 UPDATE: Here's another sample from Ward, of something even more alien! 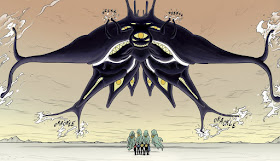 And from Daniel Irizarri, several pages previewing his work on the TNG story (before text was added): 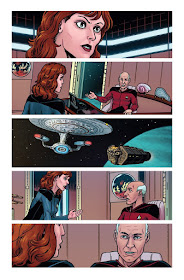 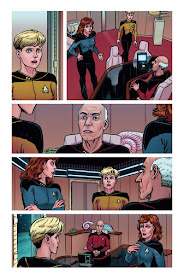 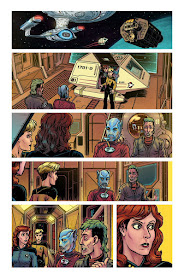 You can continue reading the rest of the book by picking up a copy at your local comic book shop, or from online retailers like these: Amazon, Things From Another World, Barnes and Noble, iTunes. And if you enjoy the anthology format, you should also check out last year's Waypoint special, and the miniseries that preceded it, which deliver a huge variety of Star Trek comics.