IDW have announced their solicitations for July, which has thin pickings for Star Trek fans, with just one new comic this month. Continue below for the details of that issue, and other comics updates:


With the situation on Sigma Iotia II quickly unraveling, it’s up to Kirk and Bones to stop a dangerous group of radicals from unleashing a space/time fissure that could destroy the planet. Meanwhile, back on the Enterprise, Scotty uncovers a secret that risks the safety of the Tholian passenger. The final year of the original mission continues here!

Like the previous issue, this book is offered in two covers, with the main A cover from Stephen Thompson, and a travel poster retail incentive variant from J.J. Lendl. The Thompson cover has been released so far, and is quite striking: 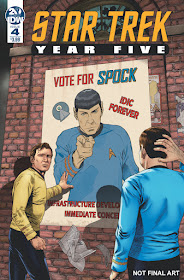 The first issue of Year Five is due very soon, and writer Jackson Lanzing just today shared this impressive splash page from the book to wet our appetites: 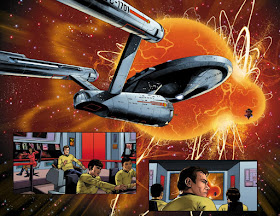 Looking a bit further ahead, at Wondercon recently, IDW announced they are planning a new Discovery miniseries to start in August. Bleeding Cool reported the news, but other than it being a five-issue series, details are so far few.

Coming sooner (out this week no less) David Messina recently shared this massive tease for issue three of The Q Conflict: 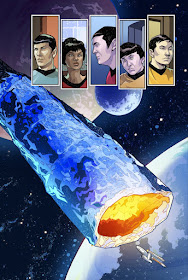 And Malachi Ward has been continuing to share her work for the Voyager prequel story in the forthcoming Waypoint special: 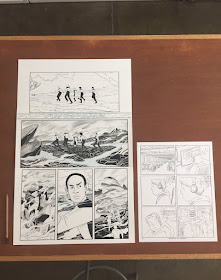 This last piece is also from Ward, but alas a private commission. I just wanted to share it because it's really cool! 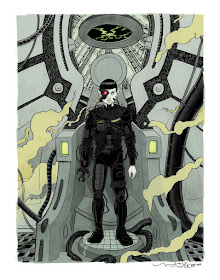