Lots of Discovery updates today, including new episode titles, previews for this week's The Sound of Thunder, and follow-ups to last week's Saints of Imperfection. But first, a little note on other Trek TV news:

The Hollywood Reporter among others have reported that the child-orientated animated series in the works is close to finding a home at Nickelodeon. The series, which is also reported to be written by Kevin and Dan Hageman (whose previous credits include the series Trollhunters and Ninjago, and The Lego Movie), is described as being tentpole in a refreshed lineup for the network - I'm really glad to see this series progressing; Star Trek for a younger audience is long overdue, and much needed to help indoctrinate *ahem* inspire a new generation of trekkies.

Back to the current series, TV Passport has again revealed the titles for several more episodes of Discovery. Speculate away what they might mean:
And just before all those we have this week's Saru focused The Sound of Thunder. Here's the trailer:


And here's the episode description:


When a new signal appears over Saru's home planet, Burnham, Saru and the crew embark on a perilous mission that puts Saru in danger and raises questions about the Red Angel's intentions. Hugh struggles to come to terms with his new reality.

As ever CBS have also released a bunch of stills, quite a lot in fact! There's a whole bunch featuring Saru and his sister Siranna, both on Kaminar and in Saru's botanical quarters, and a few other general Discovery images too. 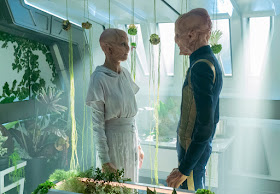 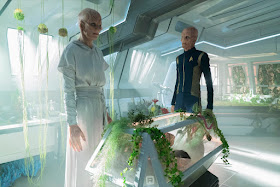 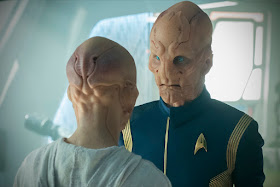 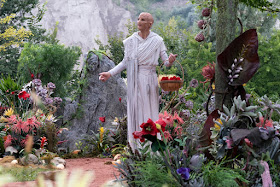 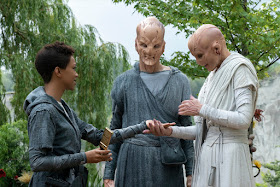 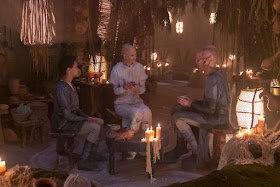 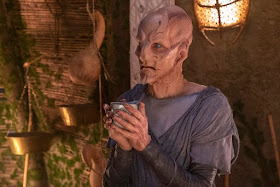 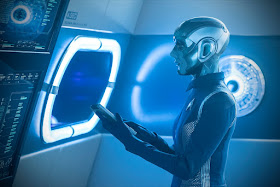 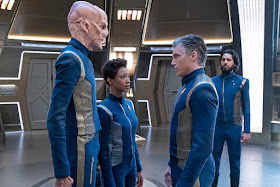 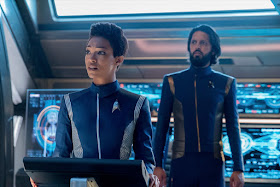 CBS have also released a few more images from last week's Saints of Imperfection, all focusing on the rescue of Doctor Culber: 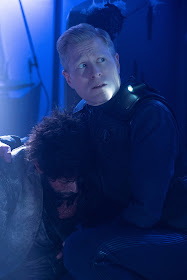 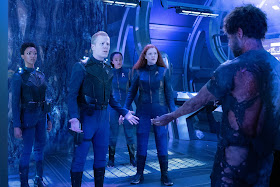 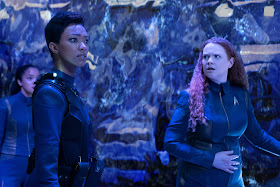 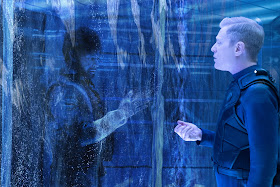 And there's a video on that theme too (geolocked alas):


All hail the Emperor. @michelleyeoh_official is back in tonight's new #StarTrekDiscovery. It's on. @cbsallaccess
A post shared by Star Trek Discovery (@startrekcbs) on Feb 14, 2019 at 9:19am PST

And finally, check out Star Trek 365, who appear to have solved the Burnham/Spock relationship: