New listings give us our first looks at two new Eaglemoss starships books on the way, plus previews of other books coming before those. Continue below to check them out:

First up we have the fourth in the Designing Starships series of books, which this time is focused entirely on Discovery, promising to detail the design of every ship from season one. These books are normally mostly content from the Official Starships Collection magazines, with a few extra pages added in, but in this case, with the Discovery Collection still some way off releases of many of the season one ships, this should bring us a lot of new content finding it's first release in the book. This Discovery Designing Starships book is due out in October. 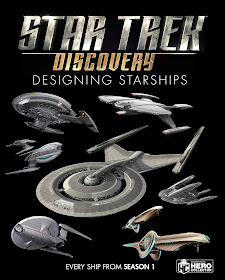 This latest volume in the series shows how artists and designers reinvented STAR TREK for a new era, taking the classics and reinventing them to build a whole new look for the Federation and the Klingons featured in the hit Star Trek: Discovery TV series. Includes every ship from Season 1.

Explore the process behind the creation of the Starships featured in the hit Star Trek: Discovery TV series.

Also set for October release is the second in the new Illustrated Handbook series, which pulls content from the old Star Trek Fact Files, including lots of great illustrations. This volume is dedicated to the TOS USS Enterprise, covering both the TV and movie era ships. 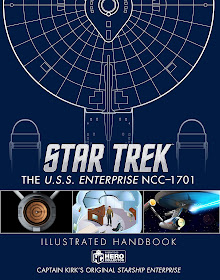 Captain Kirk's Original Starship Enterprise! Lavishly illustrated with detailed technical information, this second volume in the Illustrated Handbook series features Captain James T. Kirk's Enterprise from both TV series and the first six movies. All the key facts about this iconic starship and technology in the first full color volume ever published.

Like some of Eaglemoss' previous books, this one will be offered either stand-alone, or packed with an Eaglemoss ship, in this case the USS Enterprise-A. 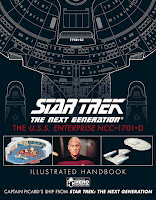 The USS Enterprise NCC-1701-D Illustrated Handbook will be the first in the series, due out in July, and Eaglemoss' publishing partners Penguin Random House have now released several more preview pages from that book.

That includes the content pages, revealing a pleasingly wide ranging book that covers not just the ship and associated small-craft, but also various technologies and equipment.

These new preview pages are from the introductory sections of the book, so don't really show off the cool illustrations from later on (see my previous report for some of those). They do interestingly contextualise the Disco-Enterprise in the ship's lineage. 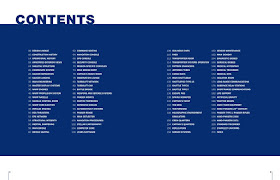 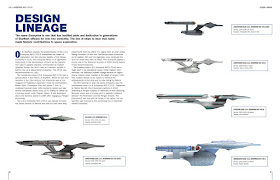 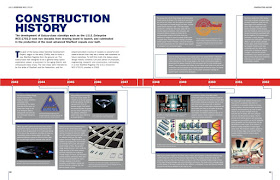 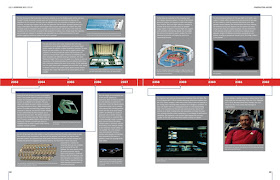 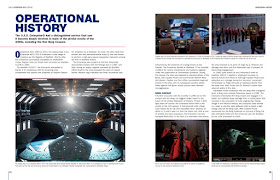 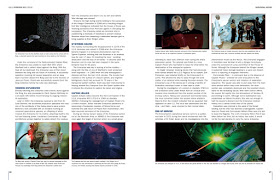 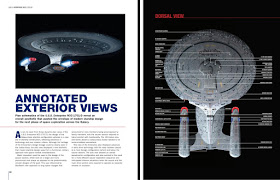 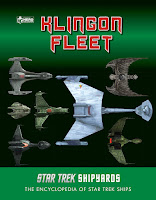 Coming even sooner, in May, is the latest book in the Star Trek Shipyards series, the Klingon Fleet book, which collects the in-universe articles from Klingon issues of The Official Starships Collection. Like the design book above, this will include several ships not yet released, so will have a good chunk of brand new content.

Amazon have some new previews of this, including the contents page, one of those cool fleet image spreads that feature in this series, and pages of one of the few non-Disco Klingon ships not yet released by Eaglemoss, the 22nd century transport ship. 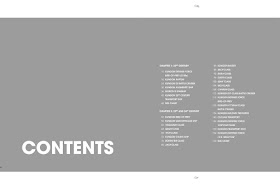 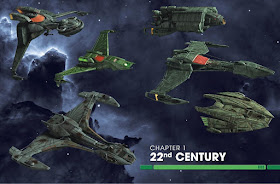 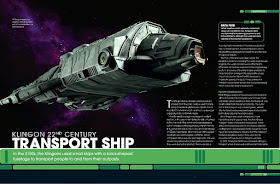 To keep track of all the latest Star Trek book releases, hit the books button on my 2019 schedule page.