Eaglemoss Starships: Second version of the Enterprise-F and other updates

Got lots of new images of new and forthcoming ships in Eaglemoss' Official Starships Collection today. Starting with a surprise addition to the line-up:

Freshly added to the Eaglemoss UK webshop is a second version of the USS Enterprise-F bonus issue! The previously seen very monotone grey version has just recently moved to pre-order status on the webshop is being supplemented with this more Star Trek Online accurate edition of the ship; with a brighter base colour and dark highlights giving it a lot more pop. Eaglemoss have dubbed these the Federation livery and Star Trek Online livery. The STO version isn't available to order yet, but is expected to arrive by the end of the month, so both editions should be coming about the same time. 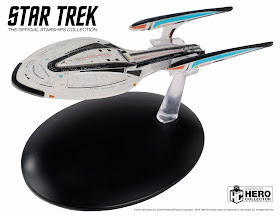 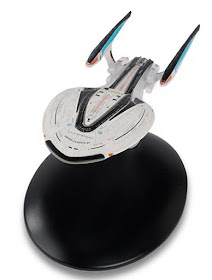 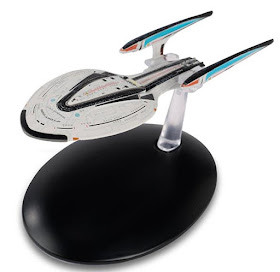 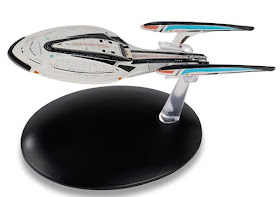 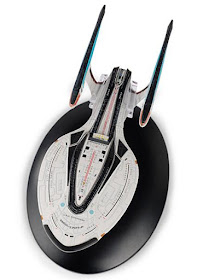 Meanwhile several regular issues of the series have also recently been added to the UK webshop, and as ever that means some new images of each those models. The newest of these is the just-released Merchantman, issue 143: 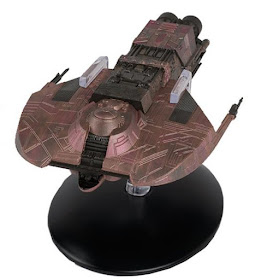 And that was preceded by the Promellian battle cruiser: 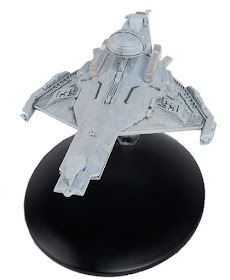 Then we have the Apollo class Vulcan ship T'Pau. For some reason some of the images released are rather low quality, but still you can see this obscure Vulcan ship from some new angles: 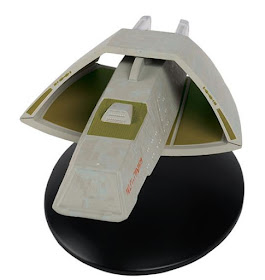 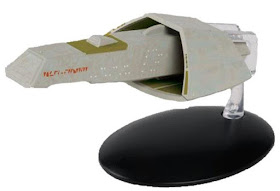 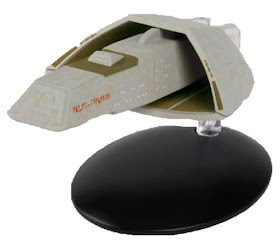 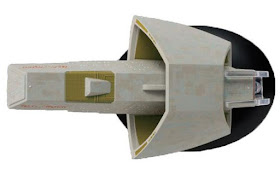 And back to issue 140, we have the Federation tug, a gloriously fiddly little lump of a ship: 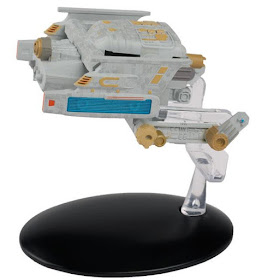 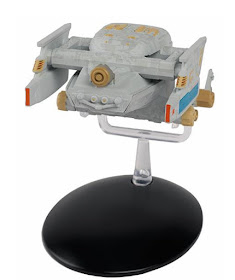 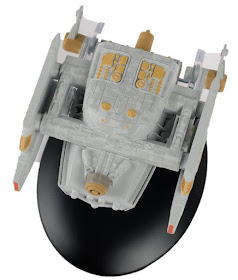 Finally also new to the webshop, a little something from the Discovery collection, the USS Discovery dedication plaque: 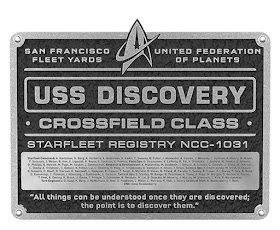