Lots of updates from Eaglemoss' starships collections today, including news of new ships confirmed for the series. But first, let's check out some new previews:

First up we have our first look at the tenth XL ship, the USS Enterprise-C, which has just recently appeared on the UK Eaglemoss webshop, with the promise of an October release. 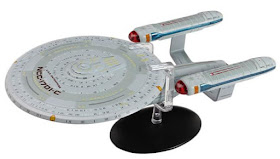 The description for the ship suggests an interesting sounding accompanying magazine:

This brilliant die-cast model measures an incredible 25cm and is inspired by the fourth ship to bear the name 'Enterprise', with its first appearance being in 'Yesterday's Enterprise' from the classic series Star Trek: The Next Generation. The Enterprise-C was designed for exploration and spent much of its operational life charting stellar phenomena, and became famous after she was lost with all hands in 2344 defending the Klingon outpost on Narendra III from a Romulan attack.

In the accompanying magazine, we take a look at the first pitch of the ship's debut episode, to creating the script and the production that made it one of TNG's best events and finds some exclusive original design sketches of the ship from Rick Sternbach and Andrew Probert.

Also new to the webshop is one of the most recently released regular issues, the warship Voyager, which means new images of this rather curious mis-remembered historical account of the Voyager we know: 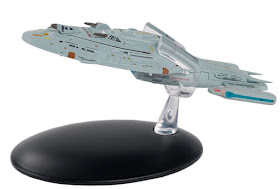 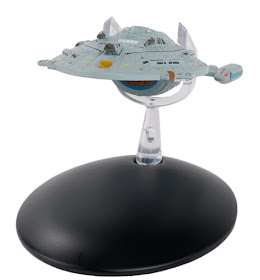 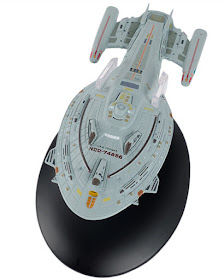 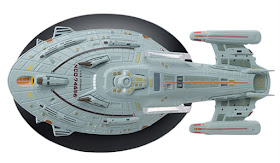 Eaglemoss also released one of their new renderings from the magazine for this issue in a Hero Collector blog giving a history of the ship: 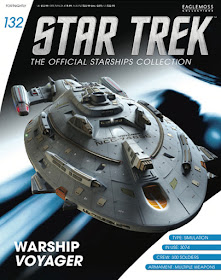 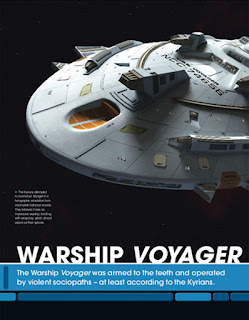 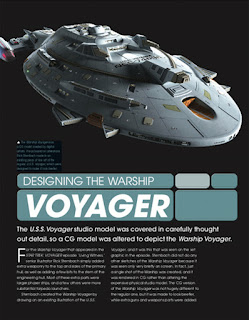 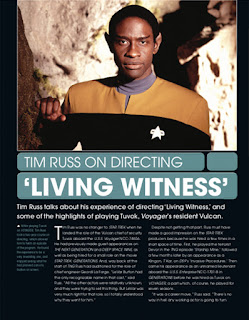 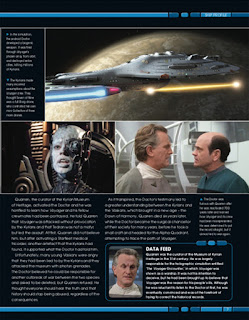 Another recently released other-Voyager is the Rick Sternbach concept design, which was released as a bonus issue. Eaglemoss recently posted a 360 video of that model:

Looking further ahead, series manager Ben Robinson has appeared on the Mission Log podcast, and mentioned a few issues currently being worked on. Those include Excelsior concepts used as background ships in TNG, and the USS Melbourne, the first iteration of the Nebula class which was part of the Best of Both Worlds fleet. With that just about completing the Starfleet fleet, he also mentioned that leads him to consider aiming to complete the Klingon and Vulcan fleets too. 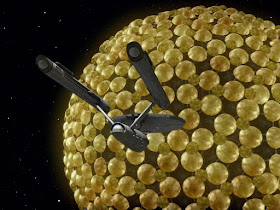 Getting onto the more alien ships he confirmed V'Ger is currently being worked on. He mentioned the doomsday machine as a maybe. But also had some bad news, noting once again that the Narada feels impossible to do, and just doesn't think the whale-probe is worth doing as it would be a bit dull (and they'd not be able to have the levitating sphere). There are also some complications in trying to get the Fesarius done:


We're really really struggling - I don't think it's going to end well - with doing the Fesarius. It really challenges the technology that the factory have for making this stuff. So I'm a bit depressed about the Fesarius at the moment.

Another difficult ship in Ben's estimation would be Kukulkan from TAS (not clear if he feels the ship or dragon version would be tricky), and generally seemed a bit unenthusiastic about TAS ships - But did mention he'd want to gauge interest for exactly where to explore if the series carries on beyond the current 160 issue planned run (I want the TAS Orion ship darn it!).

Moving on to Discovery, Ben also mentioned the XL Disco-USS Enterprise is ready, and should be out before the end of the year. Ben also talked about his Star Trek work in general, lost episodes and films, and more, so check out the full podcast for lots more discussion!

In other Discovery starships news, Eaglemoss have put some new images of the fifth issue in that series, the USS Europa, up on the webshop listing and Facebook page, plus a 360 video too: 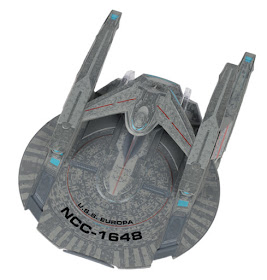 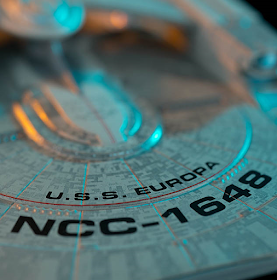 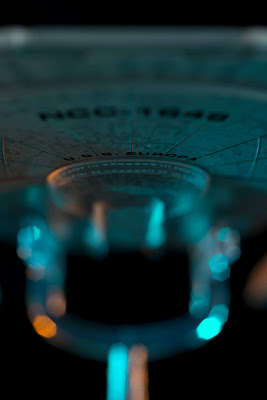 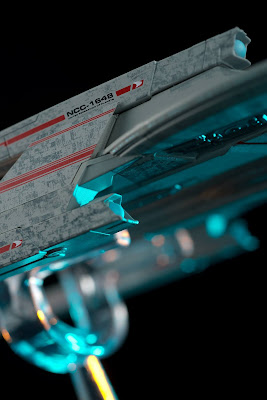 Looking back to some less current releases, Anovos have recently started selling Eaglemoss ships, so far offering several from the XL and Discovery ranges. If you've not picked them up yet, they've done pretty extensive new photographs of all the models they're offering, so might be worth checking out if you want a closer look before going for them. Here's what's currently available: USS Enterprise, USS Enterprise-D, USS Enterprise-E, Enterprise NX-01, and USS Voyager from the XL range. And the USS Shenzhou, USS Discovery and USS Kerala from the Discovery series. 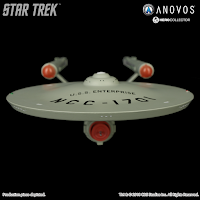 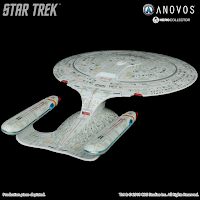 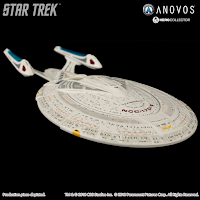 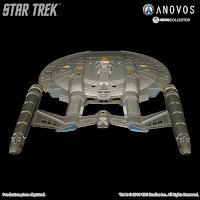 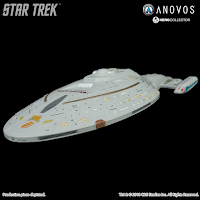 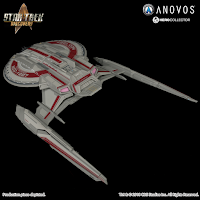 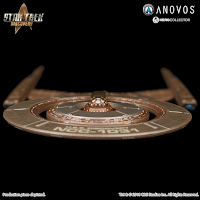 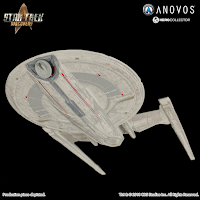 Moving on to Eaglemoss books, the Hero Collector blog has recently previewed both the new Shipyards books, and reissues of the Designing Starships books, including several preview pages, which you can see at their original posts. One notable page from those previews is a new image of the USS Edison, one of my favourites of the Disco Starfleet. While the Shipyards books are for the most part reprints of content from Eaglemoss' magazines, the first book, covering 2151 to 2293 will include the Discovery fleet, far in advance of the magazines and models being released, so will have a lot of new content. 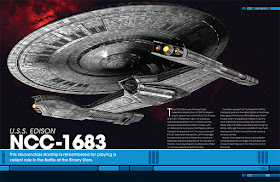 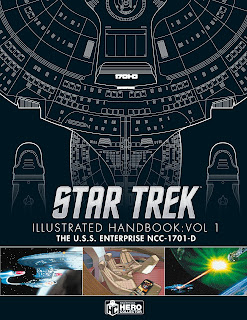 In a couple more bits of books news, in the Mission Log podcast discussed above, Ben also talked a little about the new Illustrated Handbook series:


We're actually going back and digging out the material from the Fact Files, and we're going to some kind of - we calling it Illustrated Handbooks - but they're like technical manuals for the different ships. So the first will have all those isometric drawings of all the different rooms on the ships, all the tech, that kind of stuff. So the Enterprise-D will be out next year, and all being well that will be followed by an Original Series handbook...

And he mentioned he is currently working on another book focusing on visual effects supervisor Dan Curry's Star Trek work (which spans TNG through to Enterprise) - Sounds promising!