Lots of Star Trek non-fiction updates today, including previews of up-coming releases, and new details on the Stellar Cartography re-issue. But first, let's take a look at Eaglemoss' latest:

As promised, the Star Trek Shipyards series looks set to expand beyond its initial Starfleet offerings, with the third book in the series due to explore The Klingon Fleet. The details of this come from a Canadian online catalogue, which anticipates a release in May next year, credits Ben Robinson. Marcus Riley, and Matt McAllister as authors, and give us this cover and blurb:

UPDATE: This is now available to pre-order on Amazon too. 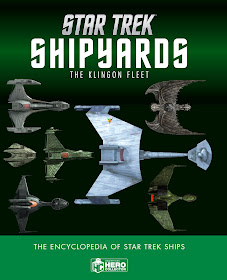 A chronological history of the Klingon fleet from the Star Trek television programs and films, including the TV series Star Trek: Discovery.

Like the previous books in the series, expect this to mainly be a re-pack of the in-universe sections from Eaglemoss' Official Starships Collection magazines. Although if Eaglemoss give full coverage to all the Discovery Klingon ships there will possibly be a lot of detail on the new designs that wont have been published as magazines yet when this is released.


Also revealed via catalogue listings in a new series from eaglemoss, the Star Trek Illustrated Handbook, which is set dive deep into the interiors of one ship at a time - Or maybe two; the first book is titled as being about the USS Enterprise-D, but the blurb also suggests it will cover the USS Enterprise-E. I imagine Eaglemoss might be using this as an opportunity to reuse some content from the old Star Trek Fact Files (or maybe the cancelled Build the Enterprise series?) but we'll have to wait for more previews to have a good idea of what this will give us; maybe it's all new!

According to the catalogue listings this will be offered either as just the book, or packed with a model ship (presumably the Enterprise-D). Both are expected to arrive in May. Ben Robinson and Marcus Riley are credited as authors, with illustrations by Rob Garrard and Ian Fullwood. 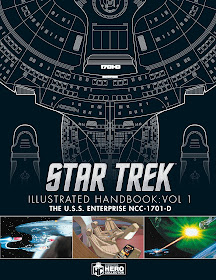 An in-depth, heavily illustrated guide to Captain Picard’s Enterprise-D from the Star Trek: The Next Generation television series and the Enterprise-E from Star Trek: First Contact. This hardcover features isometric artwork showing all the key locations on the ships, detailed artwork showing the consoles on the bridges, with explanations of what they control, illustrations of uniforms and equipment such as phasers and tricorders and auxiliary vehicles such as shuttles, plus profiles of Picard and his senior staff.

Packed with full-color illustrations including isometric views of all the major locations on the U.S.S. Enterprise-D, exterior views of auxiliary craft, diagrams of the ship’s systems and detailed artwork showing uniforms and equipment.


Finally from Eaglemoss, the third Designing Starships book, The Kelvin Timeline, is set for a wider reissue, and sports just a slightly different cover from its original release. This book, by Ren Robinson, collects the real-world design articles from The Official Starships Collection, in this instance focusing just on the Kelvin timeline ships. You can expect this to arrive in April, and this one is already up for pre-order on Amazon. 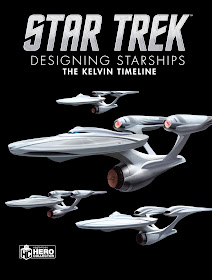 The final volume in the Star Trek: Designing the Starships series casts its focus on the ships of the J.J. Abram’s produced films Star Trek, Star Trek: Into Darkness and Star Trek: Beyond. Interviews with set and model designers, never before seen concept art make this a must-have for Star Trek fans.

Explore the process behind the creation of the ships features in the Star Trek, Star Trek: Into Darkness and Star Trek: Beyond films.


Away from Eaglemoss, Titan Books are soon to release their new TOS behind the scenes book, Star Trek: Lost Scenes, which will feature images from cut clips from the production. SyFy Wire have posted several new excerpts from that book, including these images: 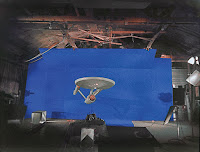 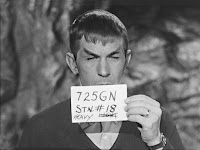 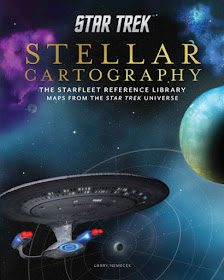 It wasn't clear before if this was just going to be a straight issue, but at Star Trek Las Vegas Nemecek confirmed it will be getting several updates, as TrekCore reported. So we can look forward to:
Kind of surprising they've underplayed that in the blurbs and covers so far released; you'd think they whack a great big sticker with "Now updated with new locations from the first season of CBS All Access hit series Star Trek: Discovery", or such like! Anywho, this updated edition will be arriving in October.

In November, Running Press will be releasing the latest of their novelty model and book sets (as ever with the book by Chip Carter). They have now released a new image, giving us a look at the final form of the new Locutus of Borg mask. 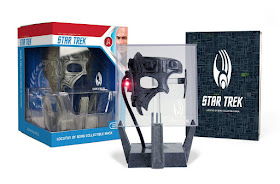 The mask is a die-cast model measuring 3.5 x 3.5 x 5.5 inches, and has a built in LED "laser", and a sound feature too, stating: "I am Locutus of Borg. Resistance is futile. Your life as it has been is over. From this time forward, you will service us.". It sits on a metal base and has a removable clear cover. 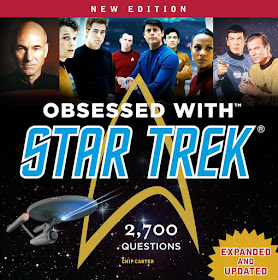 Finally, in October Titan Books will be reissuing the Obsessed with Star Trek quiz book, which is also by Chip Carter. This new addition has an additional 200 questions based on the Kelvin timeline, and switches from the electronic game format of the original 2011 release to a more straightforward printed answers system. Several preview pages have been released:

To keep track of all the latest Star Trek book releases, hit the books or prose buttons on my 2018 and 2019 schedule pages. You can also find series reading lists and author bibliographies on my dedicated Star Trek lists site.