Lots of Eaglemoss Starships Collection news, previews, and updates today. Starting with the announcement of four new regular issues in the main series.

Eaglemoss' Hero Collector blog has previewed issues 131 to 134, with some surprising and welcome ships on the way. First in that run is Arctic One, a 22nd century Earth ship seen in Enterprise's Resistance, which of course we've already had one model of, issue 99's assimilated version. 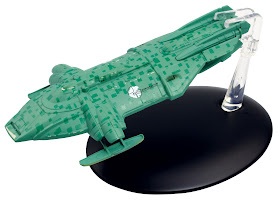 Also seen before in several guises is the USS Voyager, but issue 132 will be the elaborately over-armed and rather spiky warship Voyager, from the inaccurate historical records of Voyager's Living Witness. 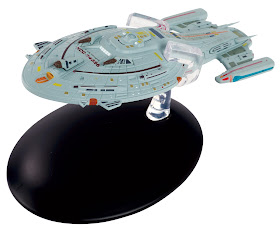 The collection is certainly servicing fans of Voyager the ship well, with this release joining the standard Voyager from issue 6, and more recent XL edition, plus the ablative armor version which was issue 48, and the soon to come bonus issue assimilated variant, plus two Voyager concept ships coming as bonuses too!

A more unique ship from Voyager is issue 133, Irina's racing ship from the episode Drive. This ship features large glowing areas on it's nacelles, which if rendered in the transparent coloured plastic sometimes used for such elements could give it a particularly distinctive look.

Finally the ship I'm most excited about from this batch, issue 134 is the Vulcan survey ship from Enterprise's Carbon Creek.

I'm hoping the collection still manages to deliver the four other Vulcan ship classes still notably absent; the Vulcan rescue ship from Carbon Creek, the 24th century T'Pau-type, and perhaps more notably the long range shuttle from The Motion Picture, and the T'Plana-Hath from First Contact (I think that last one would make a great special issue as it's a pretty elaborate design).

Meanwhile on Twitter, series manager Ben Robinson has given a big pictorial hint at another possible forthcoming issue, sharing this images of the  Whorfin class from Generations. Two ships of the class were seen in the film, but surely we'd get the SS Lakul, which Guinan was a passenger aboard.

Further news of future developments comes via David Combe, who interviewed an Eaglemoss representative at the MCM Expo recently, and shared his discussion on the Eaglemoss Star Trek Fan Group on Facebook. Among his findings were:
There were lots more questions in lots more detail though, so go check out the original thread!

Meanwhile back in the present, the SS Emmette, issue 124, is the latest to make its way to the Eaglemoss shop, and that means some more pictures: 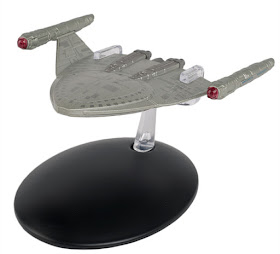 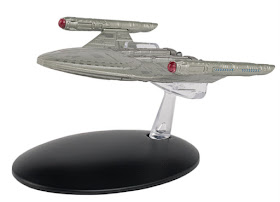 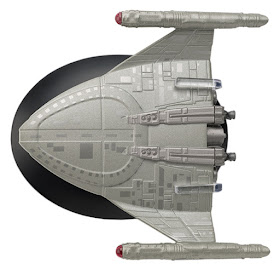 Also new on the Eaglemoss shop is issue 3 of the Discovery collection, the Shepard class USS Kerala, and so we've got new pictures of that ship too! 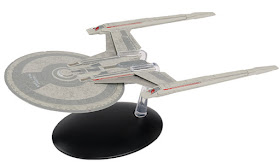 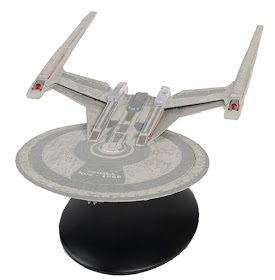 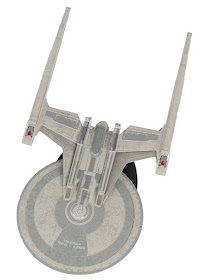 And via Ben Robinson again, we've also got some new shots of the fourth Discovery release, the Klingon Bird of Prey: 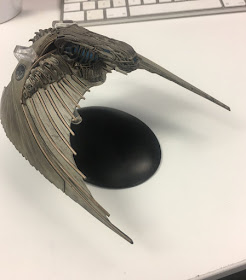 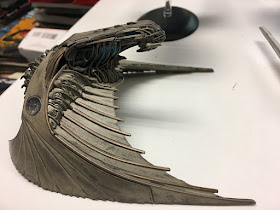