The Royal Canadian Mint are releasing a series of new starship focused designs in their ongoing range of Star Trek coins. The new releases feature the USS Enterprise-D, USS Voyager, and Enterprise NX-01. 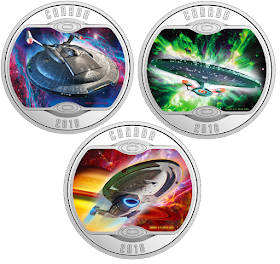 All three designs feature colour prints of the ship, with glow in the dark spacey backgrounds and illuminated parts of the ships. Each coin has a face value of ten Canadian dollars, although they are all cast in silver, and so their actual value (and cost) is several times that ($65). There will be 10,000 of each coin minted. Continue below to check them all out.

The coins are being released monthly, with the USS Enterprise-D starting the series this month. I think this has the most successful glow design in the series, thanks to the bring background giving a strong contrast, and the prominence of the ship's windows, with the saucer section's leading edge coming right at the viewer. 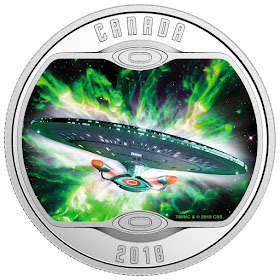 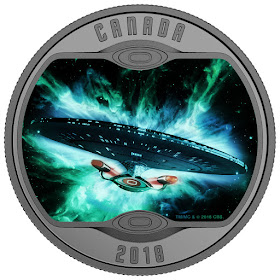 All the coins feature the same image of Queen Elizabeth II on the other side. 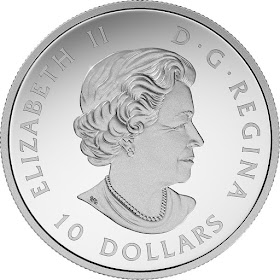 And each coin is delivered in bespoke packaging featuring the relevant starship. 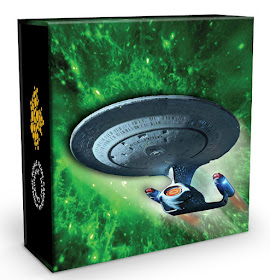 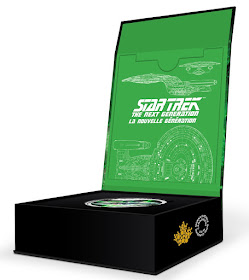 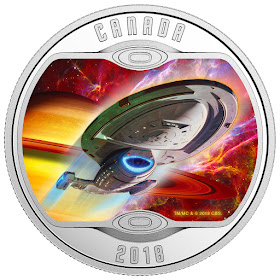 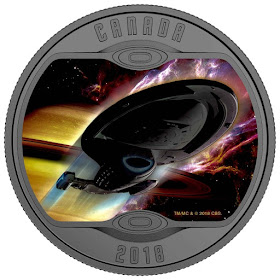 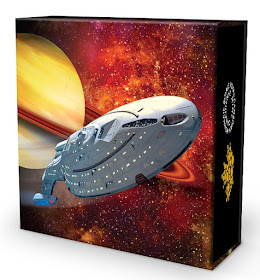 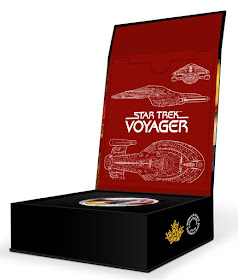 And due in May, the Enterprise NX-01 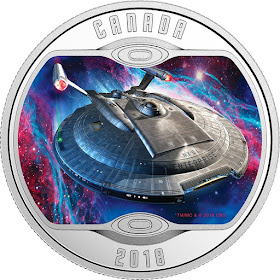 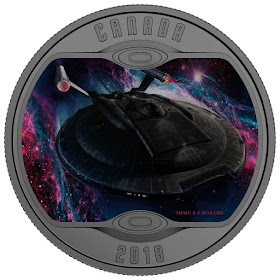 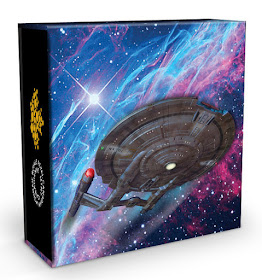 If you're feeling the absence of the original USS Enterprise in this series, fear not, the Royal Canadian Mint have already released multiple coins featuring that ship, including a glow in the dark one, and most remarkably a USS Enterprise-shaped coin! See my Trek Collective List for a look at all their other Star Trek releases.