The first in Loot Crate's new series of Star Trek Mission Crates recently arrived to subscribers. Themed on the Battle of Wolf 359, the crate included a variety of TNG goodies, including two new Mini Master models from QMx: A Locutus of Borg figurine, and the USS Enterprise-D.

Both of those items are also going to be available separately at retail, and QMx have now updated their website with full details and lots of images of them. Continue below to check them out, plus a look at the other items in the first Mission Crate, and what's coming up.

The Locutus figurine is at 1:12 scale, coming in at 15.25cm tall. QMx are currently listing his as coming soon, but he's also available for pre-order on Entertainment Earth, and they expect him to arrive in April. 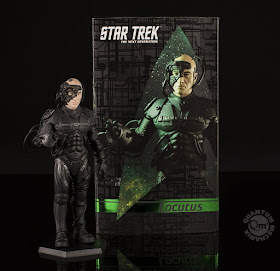 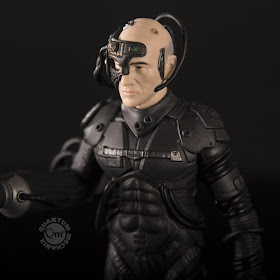 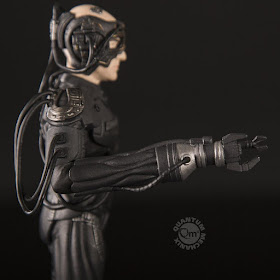 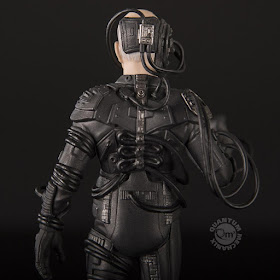 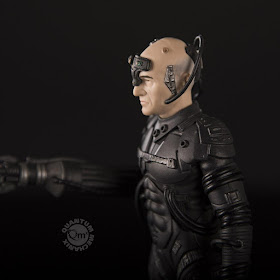 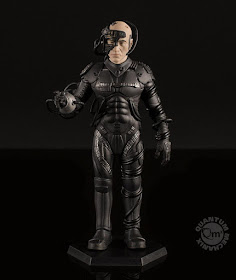 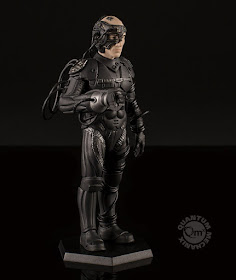 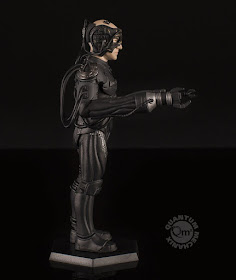 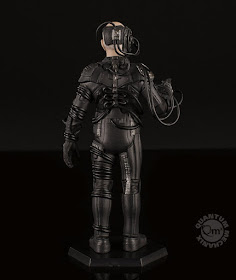 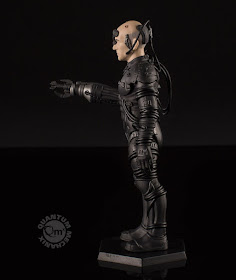 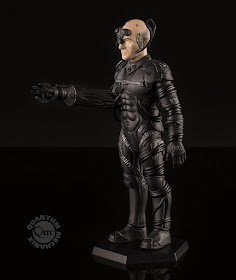 The USS Enterprise-D is QMx's second Mini Master starship, following the USS Franklin home video bonus release. A neat feature is an internal magnet to attach the ship to the stand, so that when seperated there are no peg holes. Again Entertainment Earth's listing suggests an April release for this model. 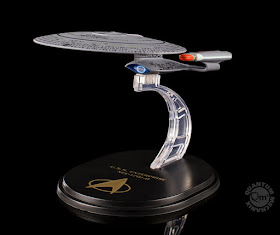 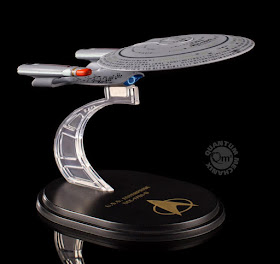 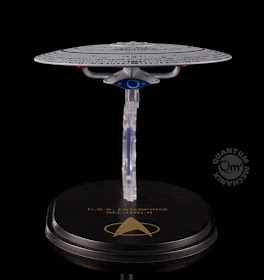 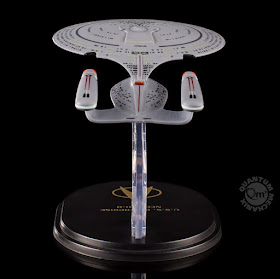 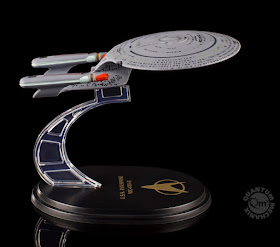 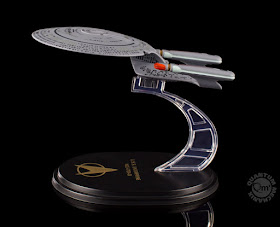 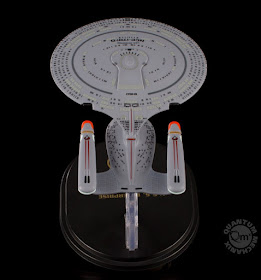 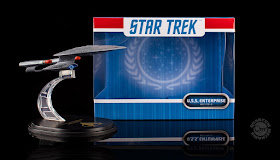 The two QMx models are the highlights of the first Mission Crate, and alone cover the cost. But it has a few other goodies, including a QMx Discovery insignia badge (department depending upon which you selected when ordering), a T-shirt featuring the Enterprise-D on a Borgy background, a Resistance is Futile Borg Cube sticker, and a code for some in-game bits in Star Trek Online.

My Subscription Addiction has a detailed review of everything included (and is the source of the below image). 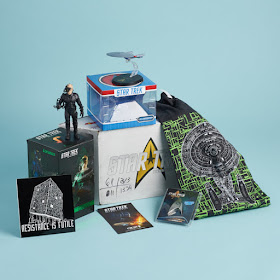 Perhaps the best bit of the whole thing those is the awesome Shuttlecraft Galileo box it all came in, which even has interior printing. These images, from Instagramers lelandp13 and pcmsatta demonstrate it nicely. 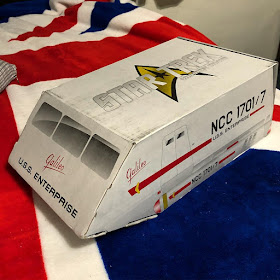 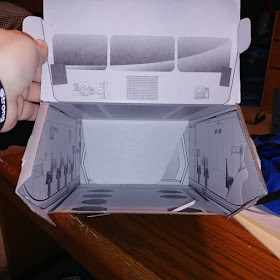 Cool as it is, you'd think they'd save the Galileo for a future TOS themed release, and used a TNG shuttle of Borg Cube this time. Oh well.

The second Mission Crate if themed The Way of the Warrior, and will include a Worf figurine (as previewed below), and USS Defiant. Subscriptions have already closed for that one though, so the next opportunity is to sign up is for the Dark Frontier crate, which will include a Seven of Nine figurine (and not confirmed yet, but one imagines a USS Voyager too). 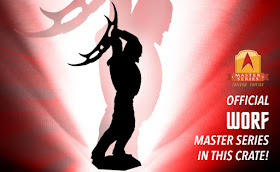