Eaglemoss have released new images of several forthcoming releases in Star Trek: The Official Starships Collection and the Discovery spinoff. Continue below to check out updated versions of the first two Discovery models, the concept art USS Enterprise-C, and the USS Bozeman.

But first... the next oversized special issue, expected in March, is the Star Trek Beyond refit version of the Kelvin timeline USS Enterprise. A listing has appeared on the Eaglemoss shop, giving us several new images of the model, plus the magazine cover: 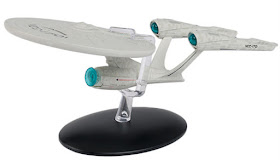 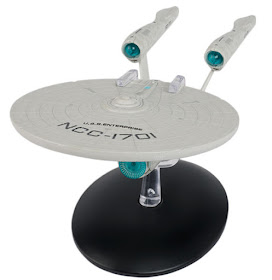 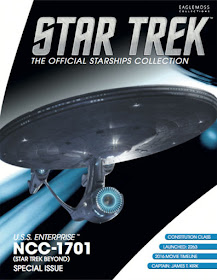 Meanwhile, available to order now (and already showing up in physical retailers), is the latest bonus issue in the series, the Andrew Probert concept art version of the USS Enterprise-C. This too is now listed on the Eaglemoss shop, although they only have renderings rather than pictures of the actual model: 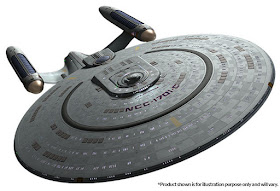 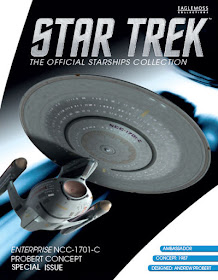 The listings for the first two Discovery ships have also been updated, with new photos of the models, showing revised paint-jobs since the last batch of photos were released. The first model, expected this month, is the USS Shenzhou. The new photos reveal the darked grey tone on the hull has been toned down from the earlier images, which makes it more screen accurate, but does have a little less pop: 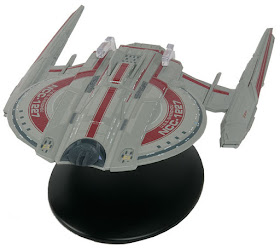 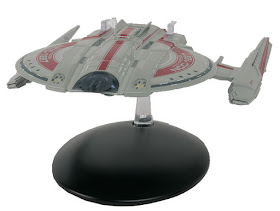 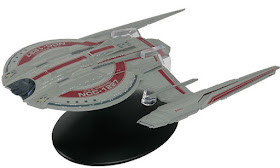 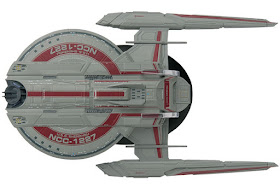 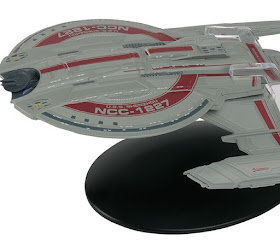 The adjustments made to the USS Discovery, the second issue, are more subtle, with the main change I notice behind that the bridge dome now has more painted detailings. 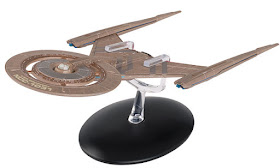 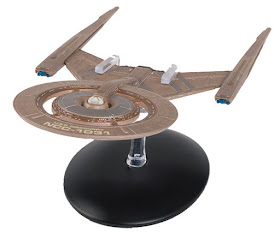 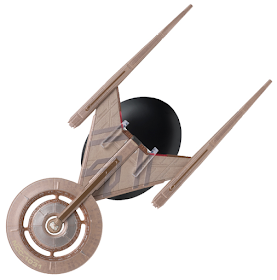 The listings also reveal cover art for both issues, which puts a Discovery twist on the established Starships Collection format. 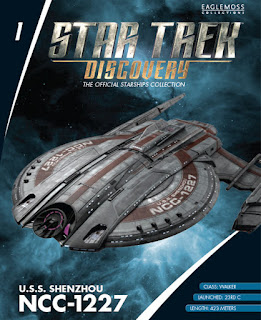 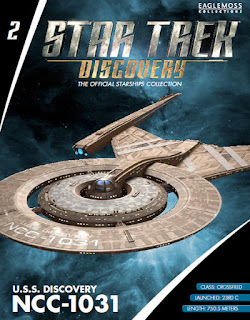 Also newly listed is the USS Bozeman, amusingly accidentally listed as issue three of the Discovery series (unless there's a big plot twist coming up!). This ship is actually issue 120 of the regular collection, so this listing gives us an early preview of a ship now due until March. 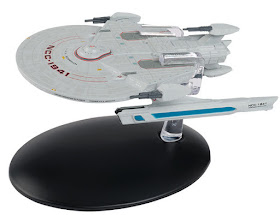 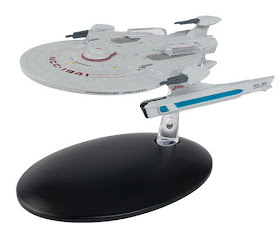 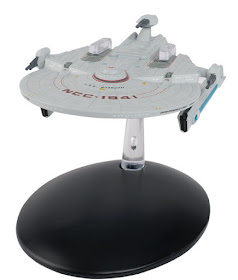 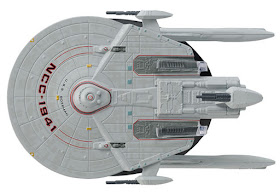 Finally, on Twitter, series manager Ben Robinson announced the main series has been extended once more, now planning to run for 160 issues!