Eaglemoss have released their latest solicitations for models in Star Trek: The Official Starships Collection, giving us the first look at several new ships on the way.

Among them is the next special issue, the slender Star Trek Beyond refit version of the Kelvin timeline USS Enterprise. 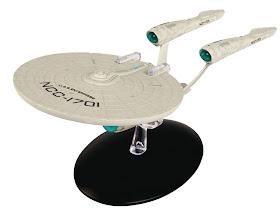 While the next two regular issues revealed, numbers 119 and 120, the Hirogen Holoship, and the Soyuz class USS Bozeman (the third Miranda class variant so far in the collection). These should be arriving first in the UK in late February and early March. 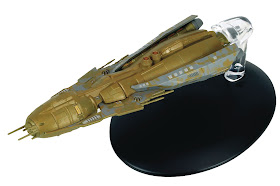 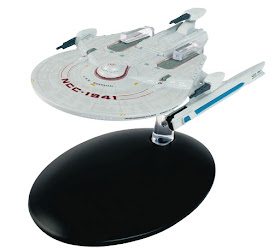 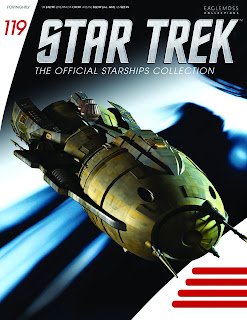 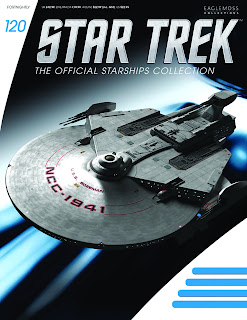 Meanwhile, recent listings on the Eaglemoss shop have provided new images of some of the latest releases. Here is issue 114, the Challenger class USS Buran, the latest in the Battle of Wolf 359 fleet:


The U.S.S. Buran was a Challenger-class starship operated by Starfleet. It fought the Borg at the infamous Battle of Wolf 359. There it was destroyed by a Borg Cube along with 38 other starships.

This highly detailed model comes complete with a fully illustrated magazine exploring the design and specifications of the ship, as well as the ship's history. 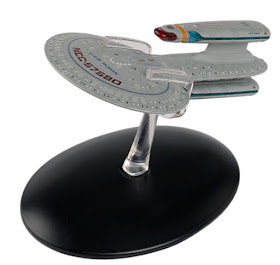 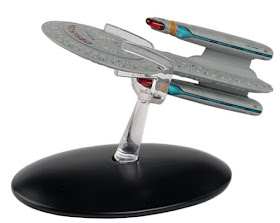 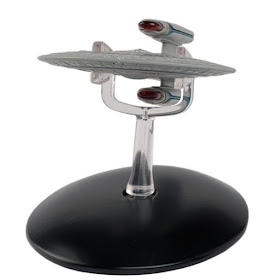 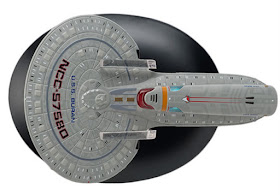 Issue 113 was the Lokirrim warship from Voyager:


The Lokirrim Warship is a warp capable vessel used to guard the Lokirrim's territories in the Delta Quadrant in 2377. They are similar in design to their patrol ship counterparts but are heavily equipped with phaser canons and a photonic disruptor.

The accompanying magazine explores the design and specifications of the ship in detail, plus take a look at the ship's key appearances; and an interview with Robert Picardo who portrayed the Doctor in Star Trek: Voyager. 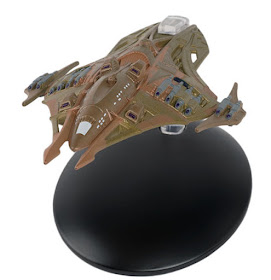 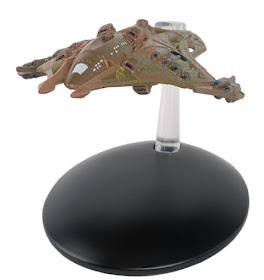 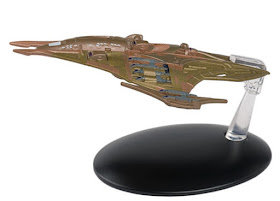 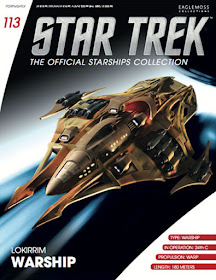 And issue 112 was the USS Phoenix, the second Nebula class variant in the collection, featuring a unique sensor pod.


The USS Phoenix NCC-65420 is a 24th-century Nebula-class Starfleet vessel that was under the command of Captain Benjamin Maxwell. Under his control, Maxwell used the USS Phoenix to destroy seemingly harmless ships and claimed that his actions were to prevent Cardassians from preparing to revolt against the United Federation of Planets only after a year of peace has been settled with them. Captain Picard and Chief Miles O'Brien were able to convince Maxwell to stand down his ship and no further lives were lost.

In the accompanying magazine, it features how Michael Okuda and Rick Sternbach made design upgrades to the ‘kitbashed’ Nebula models that were originally built by Ed Miarecki, plus a look back at the making of Season Four of Star Trek: The Next Generation. 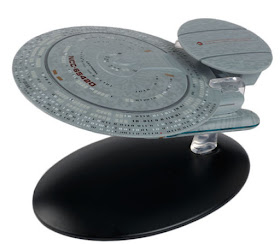 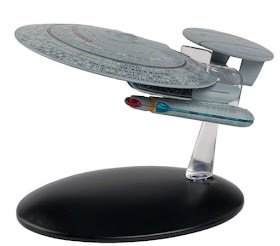 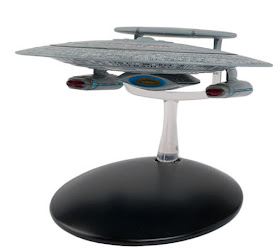 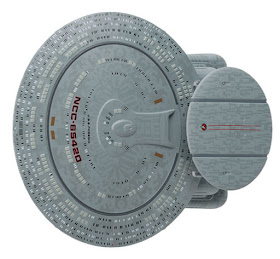 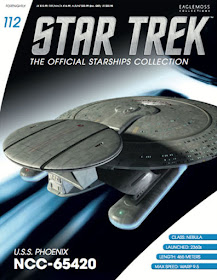 And their Hero Collector blog posted a few additional and/or larger photos of the same model: 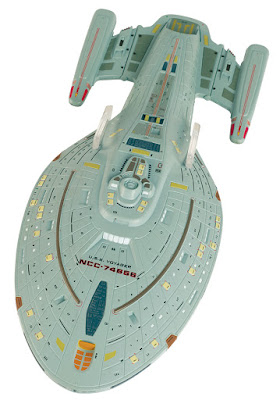 Responding to a question on Twitter, series manager Ben Robinson also recently confirmed there are plans for the USS Excelsior to be included in the XL series.

Also on Twitter, Ben has floated the idea that the Klingon Sarcophagus ship might have to be even larger than the already big models in the Discovery collection:


The Sarcophagus ship is a challenge! And needs to be bigger than usual for us to stand any chance of showing off the detail. The question is: how big? It is insanely more detailed than you can see on screen even in HD.