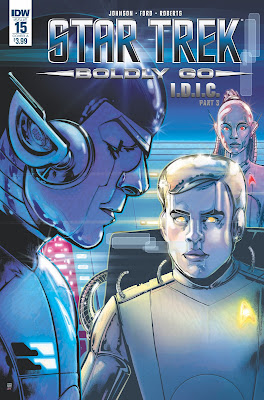 The revolving team of artists for this story this time brings us Tana Ford to illustrate the story by regular writer Mike Johnson.

The book is offered in four different covers, with the A cover by Tony Shasteen (coloured by J.D. Mettler) focusing on the android version of the Enterprise crew. Tony Shasteen brings use the regular crew on the B cover, which is part of December's run of Artist's Edition covers across several IDW titles (and consequently is not coloured). There are then two retail incentive covers, both featuring Sulu; one of which is a photo cover, and the other the latest variant cover in the series by Yoshi Yoshitani.

Continue below to check out all the covers, plus a five page preview from the book. 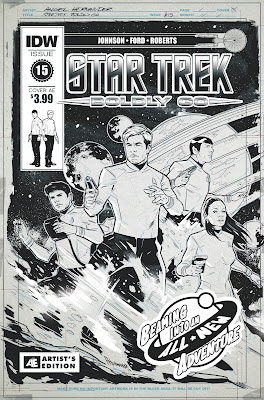 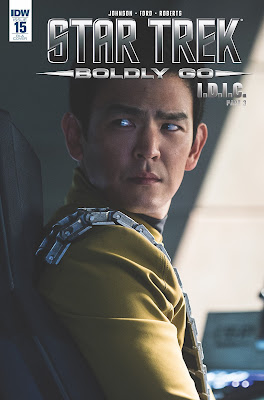 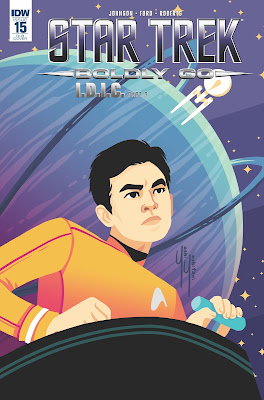 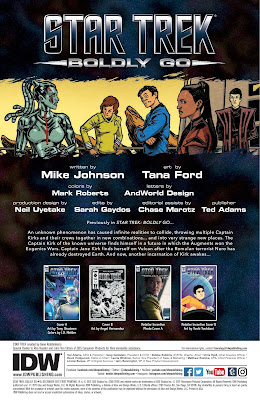 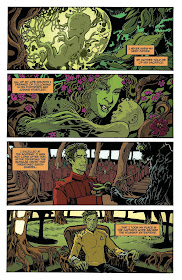 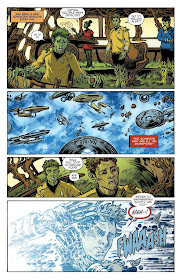 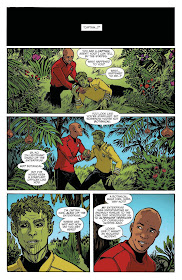 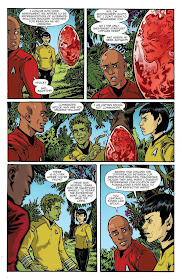 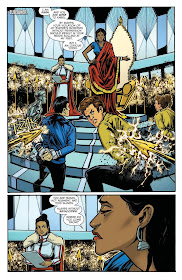 You can continue reading this story by picking up a copy at your local comic book shop, or from online retailers like these: Amazon, Things From Another World, Forbidden Planet.

If you're a bit behind on your Star Trek comics, watch out for all the latest omnibus books. Next week the second volume from the Boldly Go series is due. While a couple of weeks ago The New Adventures, Volume 4 arrived, the latest big omnibus edition from the first Kelvin timeline ongoing comic series. And also released this week was Volume 6 of the New Visions photo-comic omnibuses.