Lots of Eaglemoss updates today, including news and images of Discovery ships, and future Eaglemoss publications. But starting with a chance for us to help decide what comes next in The Official Starships Collection.

Following the glorious sell-out success of the USS Titan and USS Aventine, two ships from the Star Trek novels released as Starships Collection bonus issues (brought to the collection at least in part thanks to demand demonstrated by petitions started right here on The Trek Collective), Eaglemoss have launched a survey so that we can help pick further ships to be released as bonuses.

There are seven ships to choose from, hailing from quite a variety of backgrounds: 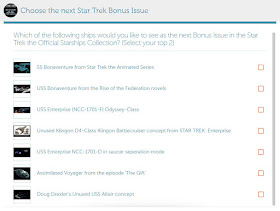 I'm rather disappointed the USS Sagittarius and Starbase Vanguard aren't options here, but there you go. There always seems to be a lot of people asking for the Enterprise-F, so I'd be surprised if that didn't lead the poll. And despite an already abundant supply of Enterprise-D's I dare say the saucer separation will get some fans.

Personally I voted for the SS Bonaventure, not so much because I love the design, but I really want some other TAS ships, so I'm willing to back one to get more! And also the Klingon D4, because I do really like that design. I was pretty tempted by assimilated Voyager though, so I kind of hope that gets strong support too!

Anywho, make sure you get your votes in.


Eaglemoss have also been seeking our opinion on future projects, in a survey sent to existing subscribers. Alas that survey has closed already, so you can't contribute to it if you missed it. But it did reveal some very interesting plans!

It looks like Eaglemoss are looking to do a huge part work model kit of the USS Enterprise-D, and are seeking feedback on what sort of features it should have. One option suggested is to include interior deck plans, very similar to the cancelled Deagostini kit trialed in Japan a few years ago.


There is a different kind of model with a realistic exterior, but where the inside is made up of a series of clear plastic decks that stack on top of one another.

Each deck has the blueprints for that deck inscribed into it. When all the decks are assembled they can be lit up with a strong blue light.

You can remove part of the hull plating to reveal the illuminated decks inside.

The model will have a saucer separation mode.

But they are also floating the idea of a model with cutaway sections revealing interior details:

It will have the following features:
- Light up windows and navigation lights
- Light up warp nacelles
- Light up impulse engines
- Detachable captain's yacht
- Detachable warp core
- Rollback doors that reveal the shuttle bays
- Cutaway section in the warp nacelle to show the inner workings as detailed in the Star Trek: Technical Manual
- Saucer separation mode 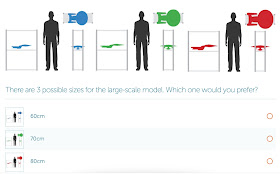 Which could be a series of smaller kits of several ships:


How interested would you be in building a series of three model Starships.

The models will be the Enterprise-D, Kirk's Enterprise from the movies and Voyager. Each model will be approximately 40cm long and be made of a combination of metal and high-quality resin. They will be hollow with a lighting kit inside, and due to their size will have fewer features than a larger model.

They will have the following features:
- Light-up windows and navigation lights
- Light up warp nacelles
- Light up impulse engines
- Moving nacelles (Voyager only)

Also on the survey were questions about a detailed Enterprise-D bridge model:


The model of the bridge will be 50cm across including, consoles that will light up, the captain's chair, sliding doors. The graphics on the consoles will be accurate replicas of the ones used on the show. You will be able to remove the front wall with the main viewer on so you can look into the bridge.

Plus a figurine series and bust series were also mentioned.

Eaglemoss must being doing pretty well with their Star Trek lines to be pondering all these!

Of course we already know that given the Starships Collection has been extended multiple times, and give us spin-off series of larger models and the new Discovery ships. Speaking of which... I have been sent a bunch of new photos of the latest XL ship, the Enterprise NX-01: 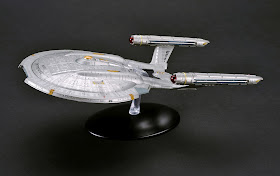 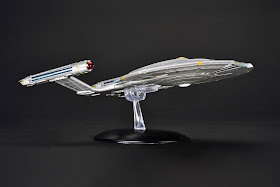 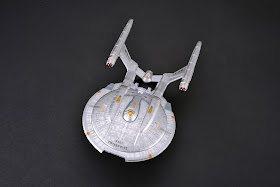 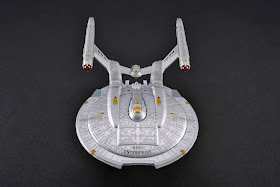 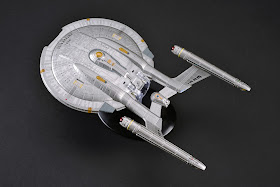 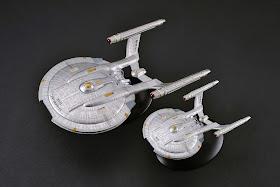 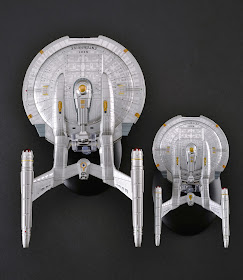 And here also are some high res versions of the previously released images of the first two Discovery ships, which will launch as a separate series early next year, starting with the USS Shenzhou: 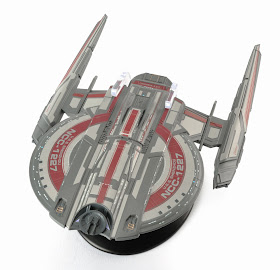 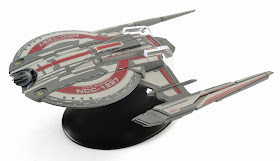 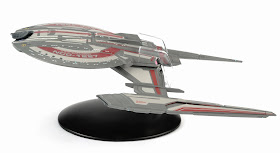 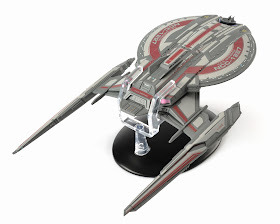 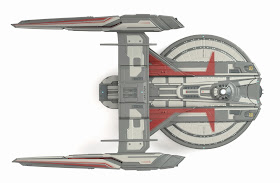 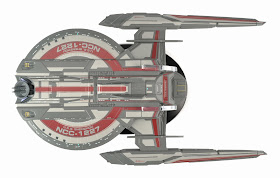 And the USS Discovery as issue two: 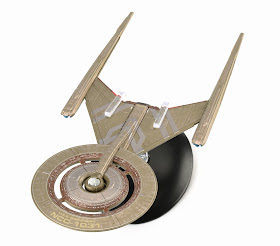 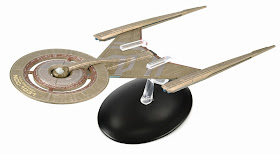 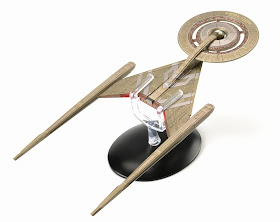 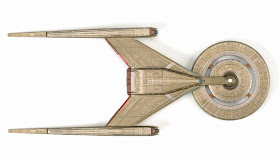 In other news from the Discovery series, StarTrek.com recently updated their database listings adding class names to ships from Discovery. In response to this Eaglemoss' Ben Robinson tweeted:


Official confirmation of some Discovery ship names and classes.

All part of our plans 😀

Which I think we can take as confirmation of the following:
Designer John Eaves also responded to the names being released, noting and celebrating the diverse origins of the names so far. And revealing some sixty ship designs are available to the producers to use in the show! (Not all will necessarily be used, but they are designed and ready to be picked up)


Out of the 50-60 ships drawn for the first season, the ones that have been seen so far cover a pretty good range of international and inter-galactic acknowledgement. So glad to see the broad range of names used with the ships covering so many races and nationalities at such an early time in the first season. So with that said here is where we are today.

Stay tuned for more races and cultures to be added to the list as the show goes on.