The first issue of The Light of Kahless, the first four-part Star Trek: Discovery comic miniseries seems to have been delayed a little, not quite making it's expected October release. But to keep us satisfied why we await its eventual arrival, some of the cover artists for the series have started to reveal their work. Continue below to check them out.

Due to feature as one of the variant covers for the third issue of the series is this stunning piece by always-amazing cover artist George Caltsoudas (shared on Twitter): 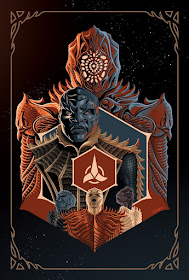 Every issue of the series will also have a Ships of the Line variant cover by Declan Shalvey and Jordie Bellaire, highlighting various ships from the series. The first issue highlights the USS Shenzhou, and so far is the only non-Klingon cover for the series. Shalvey shared this on Twitter, along with the penciled version and the version with all the logos on top, so check them out. 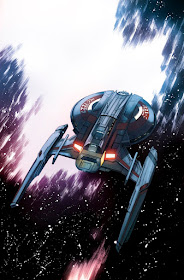 Two other covers for the first issue have also previously been released; the main cover by Tony Shasteen, and a variant cover by J.K. Woodward, both featuring T'Kuvma. You can see how Woodward made his cover, including numerous alternate designs, on his blog. 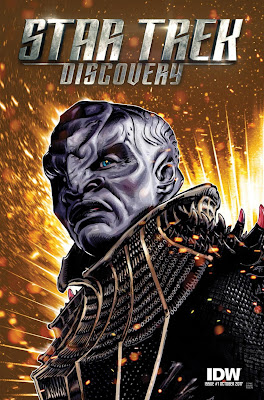 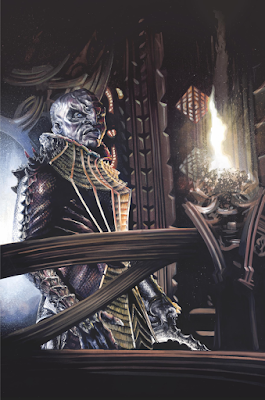 The Light of Kahless, which will focus on T'Kuvma and the Klingons, is written by Mike Johnson and Kirsten Beyer, with art by Tony Shasteen. It will run for four issues, and is expected to be the first of several miniseries exploring different aspects of Discovery.