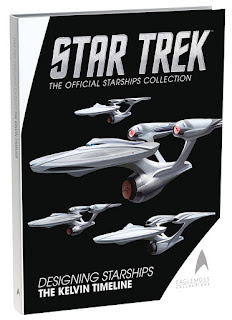 Eaglemoss' third Designing Starships book, The Kelvin Timeline, has just been released. As with previous books in the series this volume collects and expands upon articles from the behind the scenes sections of The Official Starships Collection magazine.

You can see preview pages below (via Hero Collector and the Eaglemoss shop), which give a glimpse at some of that content. With the blurb below promising coverage of over a dozen ships (and not nearly that many Kelvin timeline ships having yet been released as models in the collection) we should have lots of new and in depth stuff to enjoy:


Star Trek: Designing Starships Volume three is the story of how some of the most talented designers in Hollywood created STAR TREK’s starships from the first sketches to the finished models that appeared on the screen.

This hardback book covers over a dozen new ships from the modern STAR TREK movies, from the enterprise to a fleet of Federation ships that was barely seen. Along the way, it covers the thinking behind Klingon and Romulan ships and the heavily-armed U.S.S. Vengeance. 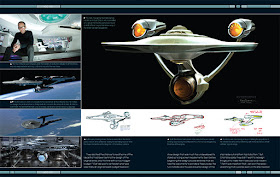 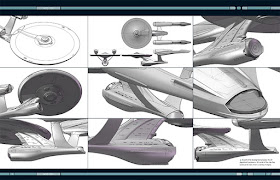 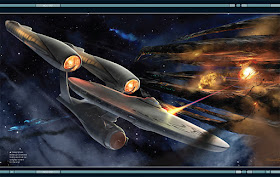 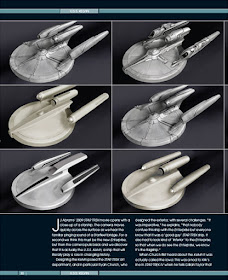 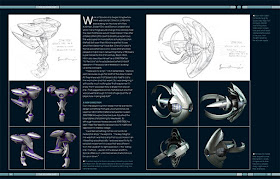 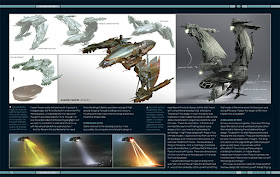 Designing Starships: The Kelvin Timeline is available now from the Eaglemoss shop. I feel it has been well timed to give us a chance to reflect upon the design choices made for the Kelvin timeline reboot, and contrast them with what Discovery has done in the same time period in-universe.

If you like your Kelvin timeline ships, Eaglemoss have so far released the USS Enterprise, USS Vengeance, Klingon D4, USS Kelvin, the Jellyfish, USS Franklin, and an Altimid swarm ship. And there's plenty more on the way, with plans for the Beyond-refit version of the Enterprise and the Klingon battle cruiser (D7-esque), plus a shuttle set featuring four Kelvin timeline shuttle designs - See my index page for a detailed listing of all the Starships Collection ships.

And if you're a Kelvin timeline fan that likes your behind-the-scenes stuff, it's a particularly good time too, as this book is being released alongside the imminent The Art of Star Trek: The Kelvin Timeline (giving us a look at all aspects of design for the film series) and the already available Star Trek Beyond: The Makeup Artistry of Joel Harlow (a really detailed look at the alien design work for Beyond).