Bridge Crew at IMAX, 360 trailer, and behind the scenes

Ubisoft have recently announced a special edition of their Star Trek virtual reality video game Bridge Crew for IMAX VR Centres. Continue below for the details of that, plus a fun 360 degree trailer for the game, and a look behind the scenes at some of the new Klingon designs featured, and more! 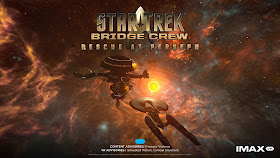 So Ubisoft have created a "streamlined version of the game that has been redesigned and optimized for IMAX VR", called Star Trek: Bridge Crew - Rescue at Perseph. I think that probably amount to one mission from the game. Here's the mission as IMAX describe it:


Your mission: work together to rescue stranded Vulcan scientists escaping from a damaged space station. Just like in Star Trek, teamwork and coordination are the keys to success, and be sure to keep your eyes out for any potential Klingon interference...

This available at IMAX VR Centres in Los Angeles, New York, Shanghai, and Toronto, and should be finding it's way to the UK, and other locations as they open. What makes this experience special? Well here's how IMAX pitch it:


With IMAX VR you're getting the most advanced VR headset and motion-tracking technology powered by blazing fast computers in a state-of-the-art facility purposely designed to let you suspend reality. The result? A VR experience that's light years ahead of anything else available.

Features of the IMAX VR experience include: Room-tracking technology that allows players to explore virtual space more than has ever been possible. Single-player and head-to-head multiplayer competition. A combination of the most advanced VR headset technology for unmatched immersion and image resolution. Control devices that give lifelike haptic feedback, adding a deeper layer of realism.

And here's the trailer, which doesn't do a lot to get across that experience to be honest:

Rather more impressive, and fun, is this cool 360 degree trailer Ubisoft released a while ago:

As mentioned above, the Klingons do feature in the game, and Cody Scott, who worked as an environment artist on the games was responsible for bringing the Klingon ships to life. He recently posted a whole load of beauty shots of his ships on his ArtStation profile, giving us a great look at some new Klingon designs. My favourite among them is the new Klingon Bird of Prey, which blends elements of the small D5 class seen in Into Darkness, with the more familiar classic Bird of Prey shape - Scott credits Mike Haynes for the design. 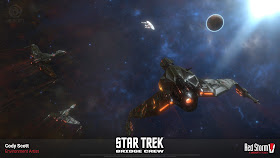 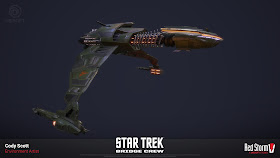 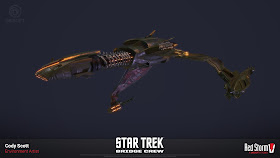 Also new to the game is the Klingon Battle Cruiser, again designed by Mike Haynes. 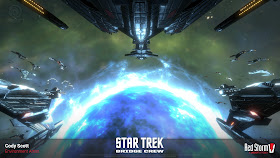 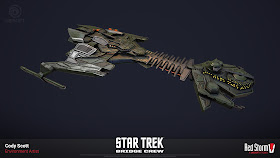 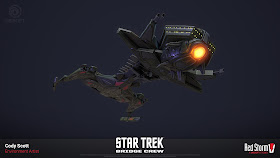 And then we have the previously established Kelvin timeline D7, or War Bird. 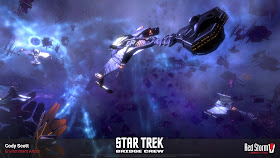 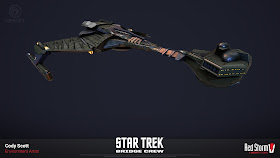 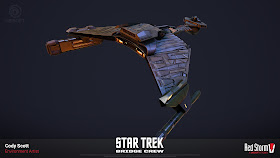 And the D5 class from Enterprise. 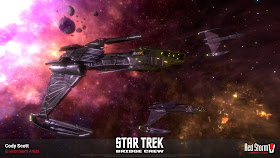 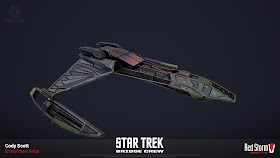 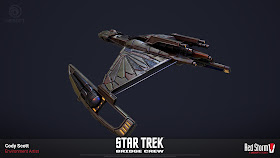 You can see a few more images of each on ArtStation.

Finally, here's a more techy bit of behind the scenes stuff. Shortly after the launch of the game Ubisoft announced they had added a voice command feature powered by IBM Watson. This video goes into the details of how that works:

Bridge Crew is available now, for PlayStation VR, Oculus Rift and HTC Vive, or if you fancy a day out, at IMAX VR Centres!