Perth Mint have released two new Star Trek: The Next Generation coins to mark the series' 30th anniversary. This month the main TNG crew are all presented on a two ounce silver coin - As ever this has a face value in Tuvalu dollars, two dollars for this coin, and Queen Elizabeth II can be found on the other side. 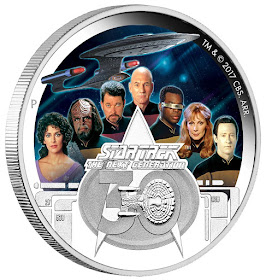 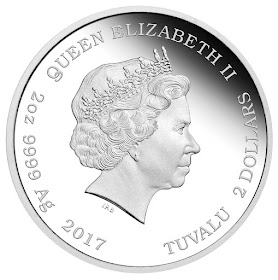 Like previous Perth Mint releases, this coin comes in a special light-up case. Unlike previous releases, the new TNG coins' cases are a metallic grey rather than previous white. This coin is a limited edition of three-thousand. 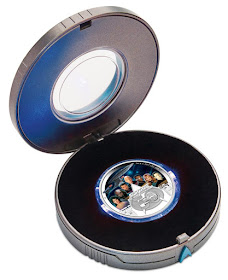 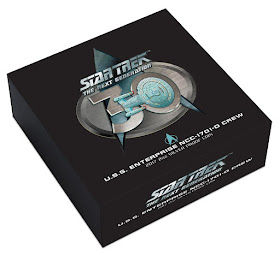 Released in July, another TNG coin focuses on Picard/Locutus and the Borg. This is also a limited edition of three-thousand, and this one dollar coin is made from one once of silver. 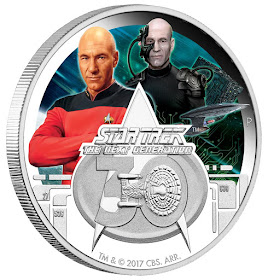 In a cute twist on the usual display case, this glowing element for this coin is Borg-green. 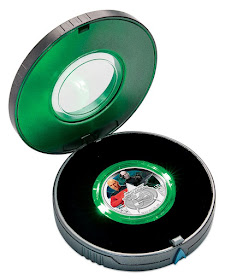 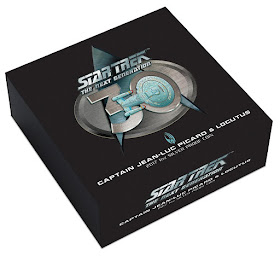 To check out the previous designs in the Perth Mint's Star Trek coin collection, which include two more TNG coins, featuring Picard and the Enterprise-D, you can find a list of Perth Mint coins, on Trek Collective Lists.