Fansets have released a second wave of Star Trek: Discovery pins, including several members of the crew, and a pin of the ship itself. Continue below to check them out, plus the latest Episode Pins.

So following the previous release of the USS Shenzhou, the USS Discovery joins the MicroFleet range in this wave: 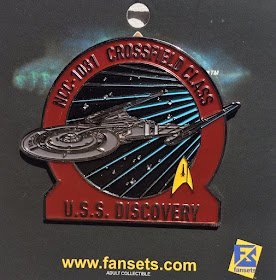 There are five new MicroCrew pins, bringing us key characters from the USS Discovery crew, including second versions of both Burnham and Saru, reflecting their new ranks and positions: 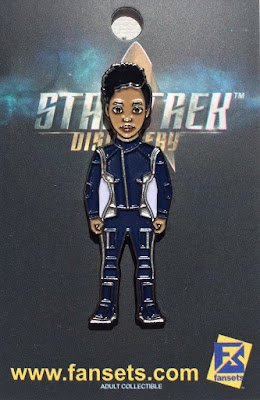 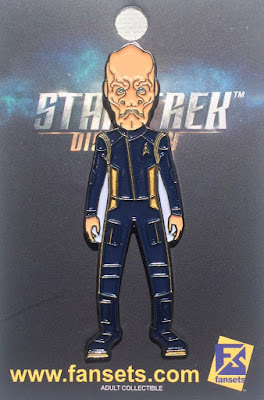 They are joined by Captain Lorca, Stamets, and Cadet Tilly: 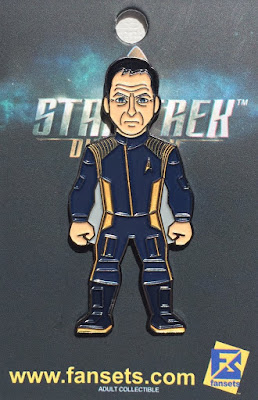 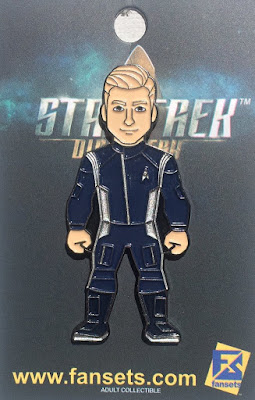 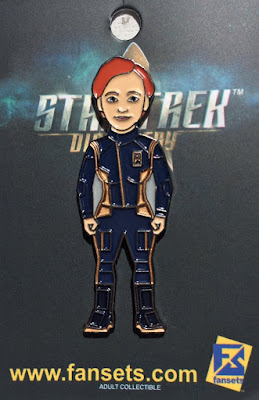 Meanwhile every week Fansets reveal their Episode Pin designs for each episode (they will all ship together in two collections, mirroring the season split). The most recent episode, Lethe, brought us a Vulcan-look Burnham: 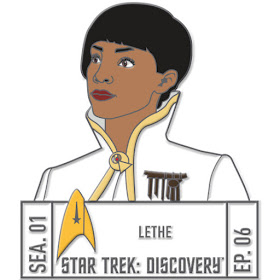 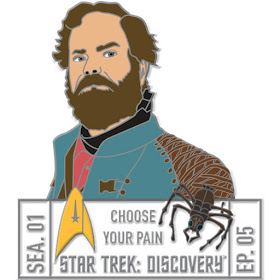 And The Butcher's Knife Cares Nor For the Lamb's Cry featured "Ripper": 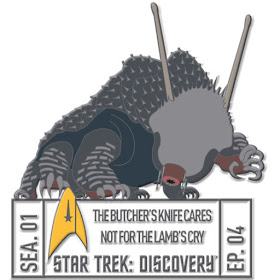 There are still plenty of characters not yet released in the MicroCrew, and more episodes to come, so I expect many more FanSets Discovery releases to come as the series unfolds!